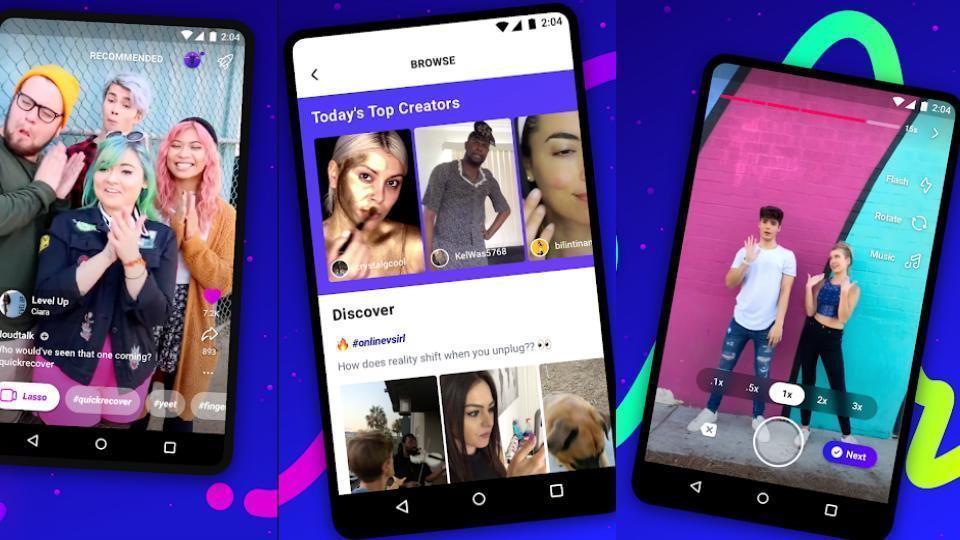 Its time for all the Tik Tok users to get ready for another application fun and this is none other than Lasso! Yes you heard it right! Facebook is finally set to launch a new application for giving a strong competition to the Tik Tok. This application is about to get launch in India by the year 2020.  Later this year by the month of May, it has been expected that the application will be launched which is creating a huge buzz all around.  This aplictaion Lasso will be working as a short video application in India.

Facebook has come about with the launch of Lasso for the first time back in the year 2018. Although it was a quiet launch and the users did not get attracted towards it. This is probably because at that time Tik Tok application was on high of popularity scale.  Now the company has been making an effort to make it launch in India in 2020 once again with the new fresh interface and a grand launch event. This application is currently working in Mexico and in UK. Facebook is making an effort to get into competition with Tik Tok which is getting immense popular in India now.

What is the Launch Date of Lasso?

According to the latest news story, Lasso is all set to make a grand launch in India by 2020 this year.  It has been expected that it will be launching by the month of May. A team of Facebook in Singapore is already working to launch this application in India since the last year. They have been completely focusing to highlight the main features of the application to make it far better as compared to the Tik Tok.

Are Lasso and Tik Tok Similar in Features?

One of the major debating questions which is striking so many minds is that whether Tik Tok and Lasso have the similar features or not. Well this is tough to decide until and unless Lasso will not be making its way to the Google Play Store. But according to the inside reports, the features are similar to one another and hence the video making process will be much simple and easy to perform for the users.

Well we all know that the craze and popularity of the Tik Tok has been massively high and therefore, no one can image any other application to compete it. But Lasso is making it happen for you now! We are sure that after checking out this news story you will be super excited to catch this application!