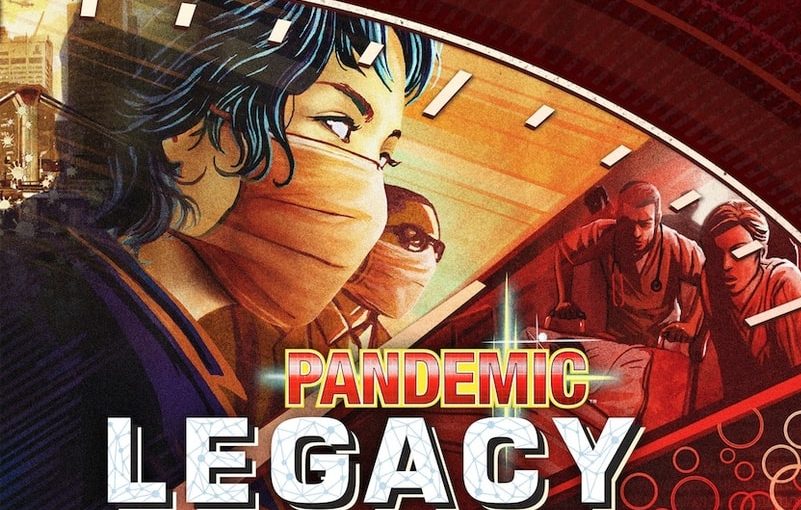 Amidst the recent Coronavirus (COVID-19) outbreak, fans of the game can’t help but relate it to the Pandemic board game franchise. In fact, the demand for Pandemic Legacy Season 3 has significantly increased. Boardgame enthusiasts have been waiting for it to release for years now. Will it ever come out? Has Z-Man Games confirmed it yet? Here’s everything to know.

Pandemic Legacy is a spinoff of the popular cooperative board game Pandemic. Aside from a few alterations, the 2015 spinoff game is almost similar to its 2008’s original. Although the new game suited this decade and became an instant hit upon its release. By 2017, the board game company Z-Man Games launch a second season of the series. Fans liked the new version and soon began to ask for a third one.

In the time where video games are much more prevalent, the Pandemic and Pandemic Legacy series have kept the honor of board games. Both of them marketed well at the time of their launch and have been doing well every passing year. Well, it’s a good thing that due to such high-potential additions, board games are no more a dying species.

The early-2020 Coronavirus Pandemic has affected millions of people by now. The tragic disease has taken the lives of thousands of people from all around the globe. We are all experiencing social distancing now, and are supposed to be home until circumstances permit. Now that people have to spend time at home, they are finding ways to entertain themselves. Well, at this point in time, a large number of fans have appreciated the Pandemic Legacy game and how it helps up to bond with our family and friends.

On the other hand, people have also noticed the similarities between Pandemic Legacy and the Coronavirus outbreak. Fans have been joking aroundon the internet by pointing out that the board game has now become a reality. The two to four players game involves a situation where a team has to work together in order to find a cure for four different diseases spread throughout the world. It discusses the spread of diseases, epidemics in several cities around the globe, infection cards, pandemic situations, and the cure to the diseases.

Given the current situation, the game has become much more fun to play. Besides, some fans hope that Pandemic Legacy Season 3 comes out as well. Some board game enthusiasts have mentioned that the new season must contain Coronavirus disease (COVID-19) as one of the major diseases or the center of the entire game. Other followers have shown interest in the idea and are waiting for an official announcement from its producers.

As of now, Z-Man Games or any companies related to the production of the game have confirmed the third season. However, it’s creators have been giving hints about its creation. Back in 2018, co-creator Rob Daviau revealed that he’s been building the Pandemic Legacy Season 3 prototype. In mid-2019, Rob mentioned in an interviewthat he and Matt Leacock (Developer of Pandemic and Pandemic Legacy) had completed the game design of the third season. He continued that the installment is currently in the hands of the publishers.

However, after that, neither Rob Daviau nor Matt Leacock talked about the release of the much-awaited season. Although that does not rule out the possibilities of Pandemic Legacy Season 3. In fact, the game may actually arrive anytime soon. At Essen Spiel 2019, fans pointed out that a video released at the event might be a teaser video of the upcoming season. On the other hand, a teaser image surfaced at SHUX 2019, that hinted towards the third installment. Well, Z-Man Games and creators of the game are yet to acknowledge any of the surfaced teasers. Yet, Pandemic Legacy Season 3 is highly likely at this point.

As of now, creators of the board game are yet to announce the launch of the third season. Well, as per the current circumstances, it wouldn’t be easy to produce and distribute the game during the Coronavirus outbreak. However, Pandemic Legacy Season 3 may arrive once the situation of the COVID-19 pandemic gets better. Hence, the company may not release the game anytime sooner than late-2020 or early-2021.

We will update this section as soon as any official news comes out.