Home Entertainment When Calls The Heart Season 8: Renewed! Cast Excited To Get Back To Work, More Details
Entertainment News

When Calls The Heart Season 8: Renewed! Cast Excited To Get Back To Work, More Details 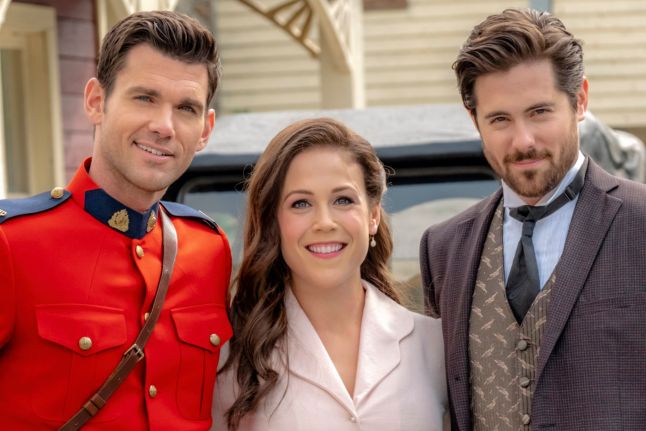 When Calls The Heart Season 8: The seventh season of When Calls The Heart ended in April 2020. Post that, and even while the show was on the run, fans had been asking the producers for renewal. The fans used hashtag #Season8WouldBeGreat, only asking for more.

The seventh season of the show ended quite with a romantic cliffhanger. Elizabeth thought Nathan had been mistakenly shot and hugged him when she realized that nothing had happened to him. Meanwhile, Lucas stood watching them from a distance. That could maybe give him the wrong impression. Elizabeth also bagged a great publishing deal, and well that could be her way of getting closer to her success. Will she be able to make a decision between Nathan and Lucas? What Is Happening to When Calls The Heart Season 8? Keep reading to know about it.

For all the hearties fans, the streaming service has kept them guessing about the fate of When Calls The Heart Season 8. In the finale episode of the seventh season, we came to know that the show is renewed for another installment. Right after the show concluded, Erin Krakow, a.k.a. Elizabeth Thronton announced the news. She said- From her heart and home to that of viewers, she is thrilled to announce that When Calls The Heart Season 8 will come next here. They can’t wait to get back to Hope Valley.

Krakow Talks About Her Relief After Renewal

In an interview with ET over zoom, Krakow, McGarry, and McNally talked about the renewal and their excitement about the forthcoming installment. In the interview, Krakow says that she hopes that she will get to continue to deepen the relationships and storylines in the upcoming season. She also reveals that she is so glad that the show speaks to people even in the seventh season. It is amazing, and a real gift that they get to work on the show like When Calls The Heart.

The actress who is also the co-producer of the show stated that she is relieved after knowing that the show is coming back. She is very excited that they will get to tell more stories, the actress added. She reveals that the cast and crew are some of her best friends, so, she is looking forward to it.

McGarry and McNally Are Really Excited To Get Back To Work

Joking about their work McGarry says that he is very happy that they didn’t sink the ship. He thinks it’s great and amazing to be a part of When Calls The Heart. It is something that touches and moves people. The cast genuinely likes each other, so it doesn’t even feel like work. Now that When Calls the Heart Season 8 is coming, it makes me very very happy.

Talking about When Calls The Heart Season 8, McNally says that he is thankful and grateful. For him personally, he is grateful that he will have a job. Given the COVID outbreak, he is appreciative to know that he has work ahead. On the other side, he is very excited to go back, because it doesn’t feel like work. Everybody gets along very well. It feels like you are hanging out with your friends, he added.

The seventh season of When Calls Heart was the first season where Lori Loughlin was missing. The actress was written off after her arrest in the nationwide college bribery scandal.

When Calls The Heart Season 8 is set to release sometime in 2021. However, it will all be dependent on the conditions around. It seems really difficult that the show would be able to start shooting sometime this year. We will keep updating this space with any news as it comes, so you stay tuned and not miss any information.