What We Do In The Shadows Season 3: Renewal, Release Date, Plot Details Revealed 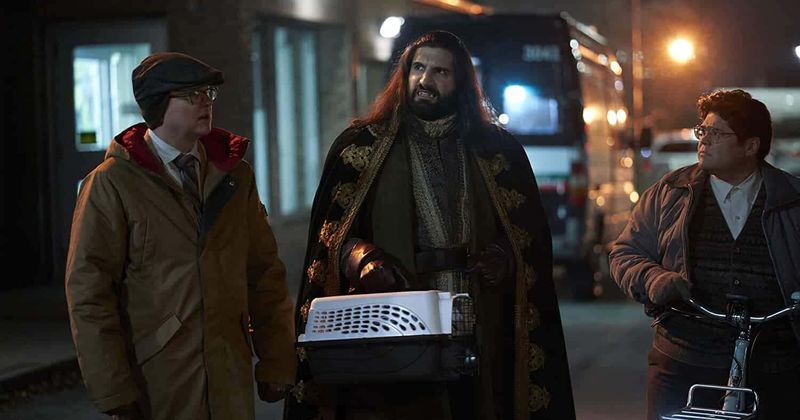 What We Do In The Shadows Season 3: Renewal Status!

FX has already renewed the show for season 3. It is one of the highest-rated programs on the network for its sharp-edged humor and fun. The show has recorded consistently high viewership throughout its second season. This has clearly made way for season 3 to hit the screens. And so, FX renewed What We Do In The Shadows season 3 in May 2020 even before season 2 wrapped-up.

FX has renewed the show for the next installment. However, no news has come out about its release. Nevertheless, the release date in 2021 is very much on the cards. Like the previous two seasons, it is speculated that season 3 will premiere in April or May. The global pandemic might affect production, causing some delay. Rest, we will come to know in due course of time.

What We Do In The Shadows season 3: Plot Details

Season 2 revolved around Guillermo as he is attracted to his vampire hunter roots. Towards the climax, the vampires learn about the truth of Guillermo. However, their mutual relationships remain unclear. The next season will explore this new dynamic as it plays in the lives of all the characters. It will be interesting to see if Guillermo is feared and respected by his vampire friends, or if they decide to ostracize him.

In addition to this, the vampire might get ostracized by their own kind because bad blood exists between them. Nadja’s living doll would stay by her side, and her ghost never gets exorcised. Season 3 will see some new battles, but one thing is sure, the whole thing will be entertaining.

According to the showrunner Jermaine Clement, he will not return for writing the next season. Clement signed up to be the creator of the movie’s series adaptation by the same name in 2018. He co-wrote the story of the movie back in 2014. He explained in a recent interview that it was up to the remaining writers to hammer out the details of the new season since he “won’t be in the writers’ room.”

Clement has also stayed in the show for his beloved role of Vladislav, which will, again, not appear on the show. He said, “You can’t expect that! I wasn’t even going to do this until the day before, because we had trouble getting anyone in time,” he explained. “I happened to be in Toronto, where we shoot the show, so I put my wig on again, but it wasn’t planned.”

For the latest updates on What We Do In The Shadows Season 3, stay tuned.