Home Entertainment Preacher Season 5: Reasons For The Cancelation Of Show, Will It Ever Return?
Entertainment News

Preacher Season 5: Reasons For The Cancelation Of Show, Will It Ever Return? 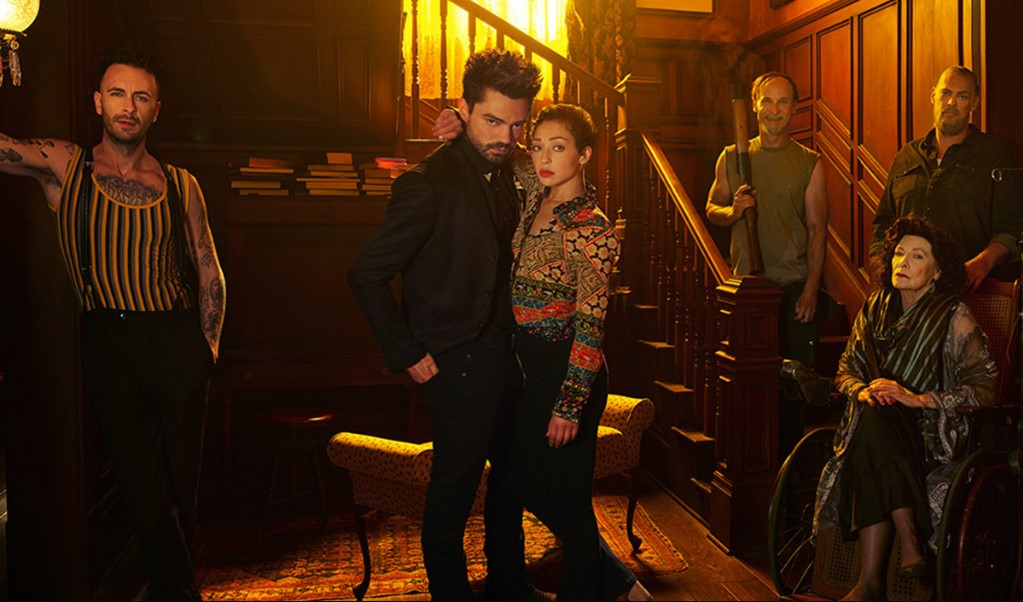 Preacher Season 5: The fourth season of Preacher ended in September 2019. Fans were looking forward to more, but then, productions revealed that the show would not come after. This left fans with a heavy heart. Will the show ever return?

Based on comics by Garth Ennis and Steve Dillon, the show stars Dominic Cooper as the holy man Jesse Custer, with Ruth Negga and Joseph Gilgun, as his fellow mates. Joseph Gilgun plays the Irish Vampire. Preacher first aired in 2016 and has been a fan favorite ever since. Now that the show is canceled, is there no future for Preacher? Here’s all about it-

After Preacher completed its run for the third season, the creators announced that the show would conclude with the fourth season. That left all the viewers disturbed and sad. Jesse’s story concluded with the ten-episode season, giving a very culminating and dramatic end to the series. Despite the cancellation of the show after the fourth season, the series has a passionate audience. The original comic books also have a large following even after the publications of the series is over. Now the question is, Is Preacher Season 5 possible? Keeping in mind the streaming platform wars, could anyone revive the show?

Unfortunately, Preacher Season 5 looks very unlikely. At least at this time, with nothing going on. When the show was canceled, the production did not issue any official explanation. Many factors lead to the show’s cancellation. Here’s about that-

The Creators Joined Another Company

Another factor in the cancellation of the show was, Seth Rogen and Evan Goldberg joined Lionsgate after announcing the fourth season. They knew that the fourth season would be the last season, after which they moved to another company. They signed a big deal at their new home.

Lastly, over the run, Preacher had skipped many arcs. The fourth season adapted the final story of the source material- Alamo. As a result, the show now lacks source material to create more stories.

Is There No Future Possible?

Not really. This is a creative field, so anything is possible. A side story and spinoffs are possible. Or maybe a completely new arc could make future seasons possible. While Preacher Season 5 seems really impossible, a new adaption in some other era could happen.

The Preacher franchise has appealed to many. The series earned great reviews. However, many comic fans felt the show did not do justice to the original comic. Filmmakers and creators could bring Jesse Custer to the big screen in an entirely new incarnation of Preacher. We will keep you updated. You keep checking this space to keep up to date.