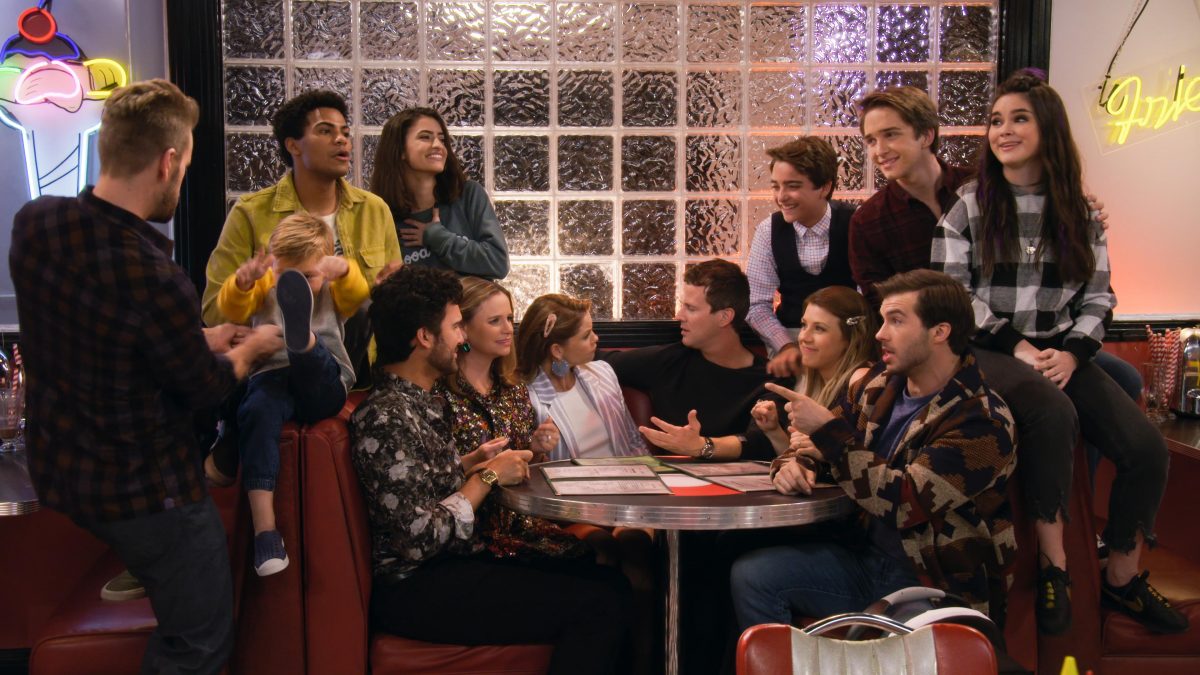 The fifth season of the spin-off series- Fuller House concluded this June. Is Netflix bringing Fuller House Season 6? In 2015, Netflix announced that they would be bringing in the sequel spin-off of the 80s sitcom- Full House. The series then landed in 2016.

The latest season of the show mostly focused on Stephanie, DJ, and Kimmy’s triple wedding to Jimmy, Steve, and Fernando. The show witnessed these brides and grooms preparing for their traditional ceremony while also enjoying the boys’ bachelor adventure. After a lot of wedding drama and unfortunate events, all of them finally got married. After that, Stephanie and Kimmy decided that they would move out, but everybody then understood that all of them should stay under one roof.

Now that everyone is married, what happens next? The fifth season had set up a perfect storyline for Fuller House Season 6. In the fourth season, Kimmy gave birth to Stephanie’s baby girl as the surrogate. The fifth season did not really play on that narrative except for the initial excitement of her arrival and a few occasional appearances and crying sounds. This could be the major narrative for ‘Fuller House Season 6.’ Not just this, creators might even focus on their kids’ teenage years. Is Netflix allowing the creators to tell this story? What’s coming up next? All the details-

This comes as bad news, the lastest and the fifth season of the series was the last season for Fuller House. Netflix has opted not to renew the show for ‘Fuller House Season 6’. Back in 2019, when the fourth season released on Netflix, the streaming giant announced that the fifth season of Fuller House would be the last. Producer Cameron Bure revealed that they were expecting that Netflix would at least give them one more year. They had saved many storylines that they hoped would playout eventually. Netflix canceling the show was a shock to the creative team as well.

While Netflix is super secretive about their viewership figures, The cancelation is heavily because of the stagnant viewership. However, the reports reveal that even after bagging great reviews, Fuller House suffered a big drop in viewership rating between the first and second seasons. This only means one thing that while people were initially excited about the viewership figures, most viewers weren’t hooked up. It was the already established Full House audience that helped the show to sustain till at least five seasons until Netflix decided to pull the plug.

Cast Wants More Of The Show

Over the years, Fuller House cast has been quite vocal about their wish for more of the show. Back in 2018, actress Candace Cameron Bure said that she would play DJ Tanner for the rest of her life. If the audience and networks wanted it, she would be DJ Tanner all her life.

Actress Andrea Barber, who portrays Kimmy Gibbler, spoke that she doesn’t feel that the show is over. She really wants to keep playing the character and see where she is and witness the growth. She went on to say that everyone has seen DJ, Kimmy, and Stephanie since they were only kids, and let’s just keep seeing them in their 60s.

Candace Cameron Bure Hopes That The Show Will Be Coming Back!

Bure has revealed that she is hopeful that The Fuller House would return as Fullest House. In an interview, she stated that they talk about how it would be for the future of the characters. She went on to say, who knows what is coming up in the next 10-15 years? Never say never. Bure went on to say, if they get an opportunity, these characters will return.

She thinks that if Fuller House returns as Fullest House, they will have to bring some grandchildren in the scenery. So, the show might come back after ten years when Kimmy and DJ are old, and their oldest children are in their 20s. With the kind of popularity nostalgia TV has, the show coming back doesn’t really seem impossible. Anything can happen in the upcoming few years.