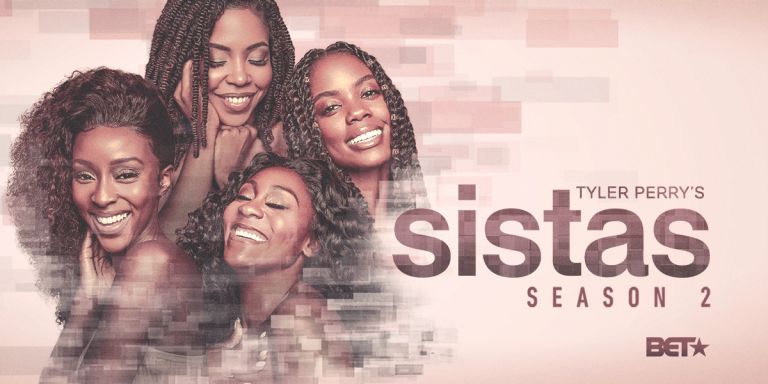 Sistas are all set to rock your world once again. It will be interesting to see how the series made in the pandemic will look. However, the makers successfully started the production process of Sistas Season 2 and were able to finish on time. It seems that the cast will bring a lot of fun in the season. Let us take a more in-depth look at the future scenario.

Sistas is a comedy-drama series created and written by Tyler Perry. The show made its first appearance on October 23, 2019. The series was very much liked by all the watchers. The storyline follows a group of single black women. However, each one in the group is connected to each other on a single tern, which is why they are single. But why are they single? It is the primary question of women’s life. Therefore, they go on the way to navigate their relationship status, career, friendship, and social media. There are numerous twists and turns, but the girls always stick to each other.

The drama of Sistas will entertain you until the end. It is further to be seen what new factors Sistas season 2 will bring to the show.

Sistas Season 2: All Set To Come Up

Yes, Sistas Season 2 is all ready, and the release date has been finalized. It’s just a few days away. Also, the show has become the first scripted series to complete their full season filming during the Pandemic. The second installment started it’s filming on July 25.

We also want the viewers to know that the series won’t end before with fewer episodes. However, it will have full 22 episodes in it. The whole season’s filming just wrapped up within ten days. That’s pretty fast. We hope the drama to be interesting and full of comedy.

The story will probably start from the ending of the previous one. The friendship of the ladies will be tested in the upcoming scenario. Tyler Perry is taking the viewers on the ride of an emotion and gut-busting scenario. However, women will continue to be in search of their love interest. Therefore, Sistas Season 2 is going to be more dramatic, twisting, and an interesting than the previous one.

We will be seeing all the lead faces back again. There will be K J Smith as Andrea, Mignon Von as Daniella, Novi Brown as Sabrina Hollins, Ebony Obsidian as Karen Mott, Chido Nwokocha as Gary Marshall, Trinty Whiteside as Preston, Crystal Hayslett as Fatima, DeVale Ellis as Zac, Brian Jordan as Maurice, Kevin Walton as Aaron, and Anthony as Calvin. However, we speculate that there won’t be any new face.

Sistas Season 2 is coming up on the screen on October 14, 2020. Get ready to experience the best as the show is on edge. It will be coming with back-to-back episodes from Wednesday onwards. There have already been many releases regarding photos, posters, and trailers. It’s now time for the final show. Keep watching and staying updated with us in this space.