Home Entertainment Chicago Fire Season 9: Renewed For More Seasons, Release This Fall! Know Who Is Coming And Who Not
Entertainment News

Chicago Fire Season 9: Renewed For More Seasons, Release This Fall! Know Who Is Coming And Who Not 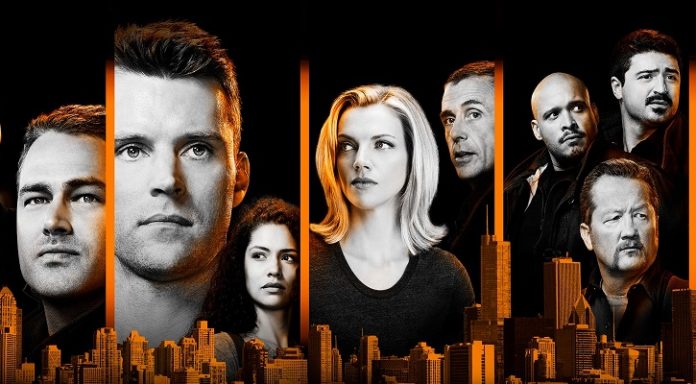 What will the series be like, which is made in a pandemic? You will get to know once Chicago Fire Season 9 comes up on the floor. Moreover, the series is not only coming for the ninth installment but also for the 10th and 11th. Let us further take a more in-depth look at the upcoming scenario of the series.

Chicago Fire is an action drama brought up by Michael Brandt and Derek Haas. The series is the first installment of the Chicago franchise. The plot revolves around the story of firefighters, rescue personnel, and paramedics. We see both the personal and professional life of the characters involved. Together they save the life of the people of society. But, the difficulties involved in the series are the personal problems of the characters. It is exciting to see how they manage both sides of life. The storyline will thoroughly keep you involved until the end.

The show first came up in the year 2012. Ever since the release, it has been entertaining the audience with more content. Let us further see what new elements Chicago Fire Season 9 will bring to the series.

Chicago Fire Season 9: Who Is In It?

Daniel Kyri, as Darren Ritter, has been promoted to series’ regular. We see him come up with a more profound and sincere character. Adriyan Rae will be playing the role of Gianna Mackey. She has brought the trouble but a sweet one in the story. Mackey is witty, funny, charming, and scrappy as well. However, we will not see Monica Raymund as Gabriel Dawson in the show. It will be interesting to see some new and old faces in the future.

Emily Foster has returned to the medical school; therefore, Sylvie Brett may break in as a new partner. However, bringing a new partner to Brett’s life may also bring changes to others. Will the relationship be a serious one? We have to wait to know the answer further. At the same time, Firefighter Stella Kidd will be going in a different direction with the lieutenant’s exam. However, her ambitions could bring friction with her boyfriend and the other members of the house as well.

Haas says to TV Insider that Gallo’s wooing EMT Violet brought a buzz to the show, leading him to the new challenge. How will the character be coping with the upcoming difficulties? Haas quotes, “if he decides to cowboy a call instead of following orders.” Therefore the future scenario will have lots of things changing relationships, challenges, and emotions.

The show finally made to come back to the production process. Things were put to a halt back in March due to the ongoing Pandemic. However, Chicago Fire Season 9 will come up on the screen on Wednesday, November 11, 2020. You can watch the coming season on NBS and Sky Witness, whereas UK watchers can see it on 5USA and Universal. Moreover, episodes are also available on NOW TV.

Let us hope for the best to come on the screen. Chicago Fire will keep bringing lots of fun, excitement, and thrills in the future. Keep watching and staying updated with us in this space.