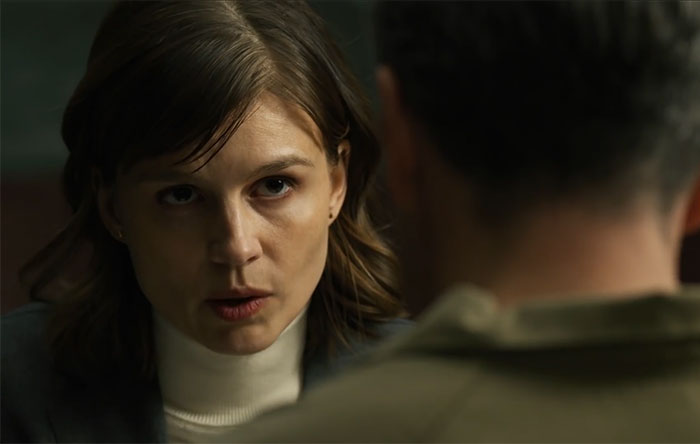 Evil Season 2 still has a long way to go and start the filming process. Everything has undoubtedly been pushed further because of the global health issue. It seems that the makers are trying their best to link up the fans to the forthcoming scenario. The homemade trailer of Evil Season 2 was unveiled during the show’s virtual New York Comic-Con panel. Let us see what more spoilers have been spilled.

Evil is a thrilling supernatural drama. The show includes paranormal incidents created by Robert King and Michelle King. However, the series first came upon the web on September 26, 2019. The storyline involves Kristen Bouchard, along with David Acosta, a priest in training. They together investigate supernatural occurrence within the church and finds out the logical reason behind every scenario. The scenes of the drama sometimes become creepy and can horrify you.

If you are a fan of thrill and loves to know the reason behind supernatural activities, then the show will be the perfect one for you. Evil is full of engaging and mind-blowing performances of characters. Let us further discover what newness Evil Season 2 will ring up to the series.

During the virtual 2020 New York Comic-Con Panel, there have been revelations of the upcoming season. We get to know about the cast members who are arriving and who are not. At the same time, there has been some revelation of the plot. The upcoming storyline will show the growth of the Evil. Someone has made the wrong move because of which the above consequence seems to have happened.

However, the cast members have made this video at home without any presence of the outdoor scenario. The audio effect is also seen to be given by one of the members.

The scenes of the trailer are raw. It has been interesting to see the team members coming up to introduce their fans in such a way. The revelation has probably left us craving to see Evil Season 2 come up soon.

Evil Season 2: Production Yet To Start

The production process is halted due to the COVID 19 situation. Things have been processing on Zoom. However, the production isn’t slated to start before the next month. The script part of the installment is all set to rock. Fans have been eagerly waiting to know more of spoilers ahead.

The upcoming season will have a special silent episode. In this episode, we will see three main characters remaining silent. However, the sainthood of a monk possibly died there. They will also realize that a demon has been there in the monastery. Therefore, to not let the demon out, people are staying silent. Let us further wait as what happens with the demon. Will anyone mistakenly speak or will remain silent? We’ll know further.

We haven’t been updated with the release date of Evil Season 2. It is speculated to be out in 2021. However, the production process is also due to begin. Things are going to take more time than usual. But, the revealed spoilers are worth waiting for more. Till then, stay connected and updated with us in this space.