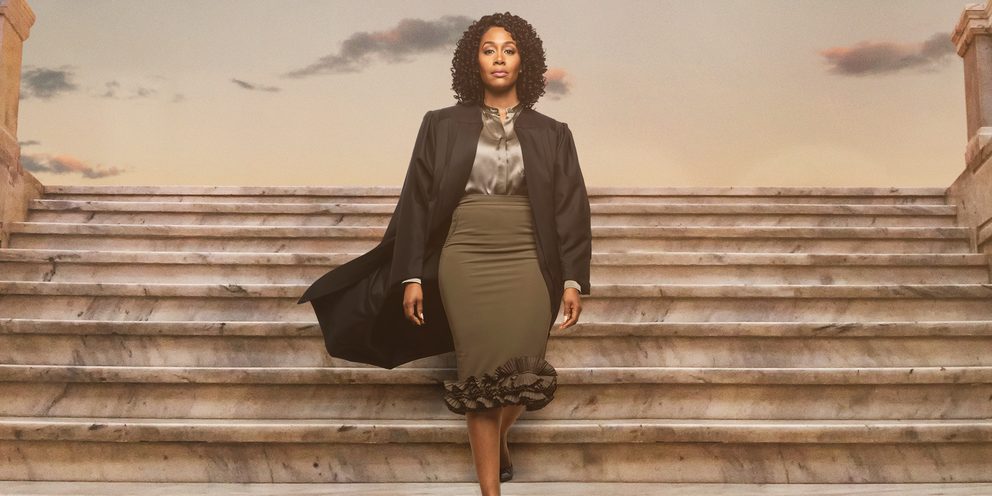 It seems that the Pandemic has adapted the camera facing. The recently released promo of All Rise Season 2 brings the in-court and the upcoming storyline of the series. There is a change. Know whether it is good or not. We have brought up all the recent updates and spoilers for you.

All Rise is a legal drama created by Greg Spottiswood. The show first arrived on the web in the year 2019. The story revolves around the cases and judges, prosecutors, and public defenders’ personal lives. The life which seems very happening and beautiful from the outside is the most chaotic one from the inside. However, the struggle of Los Angeles people is brought up because of the flawed legal process. Amidst everything, we see the bold character of Judge Lola Carmichael.

She does not just sit back and watch the scenario but instead take part and push the boundaries. Indeed, it’s really intriguing to watch such a character coming up on the screen. It’s been interesting to watch the first installment of the series, and we are eagerly looking forward to the next one. Let us have a closer glimpse at the forthcoming scenario of All Rise Season 2.

All Rise Season 2: Promo Out!

All Rise brings up the real and daily-life problems of society. The same is going to happen with the upcoming installment. The recently released promo shows that the Pandemic is undoubtedly going to affect the life of the characters. We can see below that the scenes include cast members wearing masks and shields. Moreover, the “new normal” has become a normal scenario for the All Rise characters. The coming scenario might be much more familiar for all the fans to watch.

The storyline will revolve around the most recent issues which the world is facing. We have seen Lola being detained for protesting for a teen girl. However, after the event, Mark and Lola tried to rebuild their rel ationship. The official synopsis of All Rise Season 2 reads, “Through a series of flashbacks, details emerge circling the night of the protest as well as the long-lasting effects they have on Lola, Mark, Emily, Luke and everyone else.” Moreover, in order to provide help for the court’s backlog due to the Pandemic and lockdown, Lola hires Ness Johnson.

The season is going to bring up many current issues, which the public will easily relate to. Therefore, get ready for your problems to be addressed.

All Rise Season 2: Cast And Crew

We will probably see all the lead faces back again. There is going to be Simone Missick as Lola Carmichael, Wilson Bethel as Deputy District Attorney Mar Callan, Jessica Camacho as Emily Lopez, Marg Helgenberger as Judge Lisa Benner, and Ruthie Ann Miles as Sherri Kansky.

The promo brought with itself the release date of the season. All Rise Season 2 will be hitting the floor on Monday, November 16, 2020, at 9/8c. Tighten your belt and get ready for the CBS drama to be up. The court is soon going to be in action. Till then, keep watching and staying updated with us.