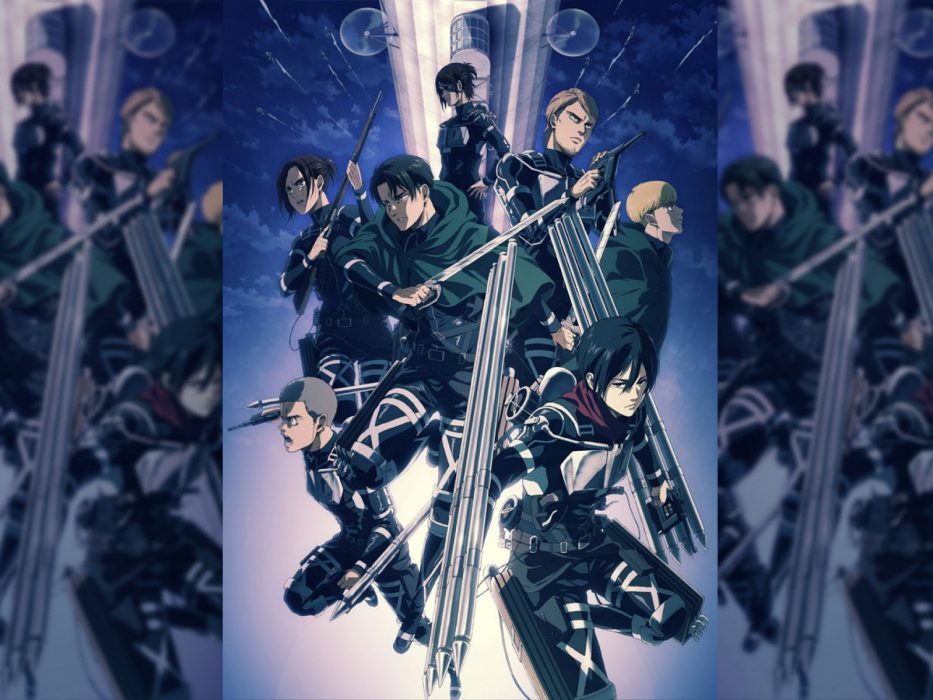 Just a few more weeks, and then the fans will finally see the premiere episode of Attack On Titan Season 4. The fans have witnessed several different emotions in the third season. It ended with a cliffhanger last year, and ever since then, every single fan of this anime is getting desperate to see its further installment. So if you’re also wondering what will happen next, we’ve got you covered. Just keep reading.

Attack On Titan, aka Shingeki no Kyojin, is a Japanese dark fantasy action anime TV series. It is an adaptation of the manga of the same title by Hajime Isayama. The anime first made its debut in the year 2013, and since then, the viewers have witnessed three seasons of it. All the installments met with critical acclaim. They praised the show for almost everything. The storyline, soundtrack, animation, character development, etc., everything was top notch.

One of the best new-gen anime shows is all set to back with a bang. AOT has huge plans for this winter. Otakus and weebs all around the world are waiting for its comeback as the show promised to come back stronger with its final season. The last season is yet to premiere, and the makers already started dropping surprises. They shared a list of the actors who will take part in Attack On Titan season 4. And all of them are major actors.

For all the curious minds, here are the names:

All of them are veteran voice actors in this industry and already portrayed some major roles in popular franchises.

On September 23, 2020, AnimeLab released the official trailer for the final season of AOT on its Youtube channel. The trailer already garnered millions of views. It is enough to pump up the adrenaline of any fan of this show. It features some intense moments and also revealed the faces of some new titans and characters.

The people from another world (outside the wall) will choose a successor for the Armor Titan (Reiner). And the candidates there will go all out to be chosen. By the end of the official trailer of Attack On Titan Season 4, the viewers can also see a declaration of an all-out war between both nations. The trailer also featured the time-skip look of the MC Eren Jeager, and all the female weebs are already drooling.

What Will Happen In the Final Season?

If you’re looking out for an answer to the above question, then it is very simple, there will be an all-out war. Just like the manga, the anime will also skip four years into the story. The trailer already revealed the new look of Eren and Reiner after a time skip. The fans will also get to know about the different sides of the story, as there will be a change in perspective. In the final season, the viewers will get to see the family, friends, and the successor of Reiner (Armor Titan). Basically, they will get to know about how life in Marley is before the end of this show.

The fans will also know about the bigger world that is outside the wall. They were waiting to see this for the past seven years, and now they will finally witness it in the final season of AOT. The finale episode of the third season already introduced the fans to the concept of Marley and Eldia. And when Attack On Titan Season 4 will finally pick up the pace, these nations will be at all-out war. And this time, they will be facing the intelligent titans who know how to use technology. Now, it will be a blend of brute strength and brain. Under the leadership of Historia, the people of Elida also made great progress, and they will give a hard time to Marley during the war.

With more action, there will certainly be more deaths. In the third season, the death of Commander Erwin Smith stunned everyone. And in the trailer, the fans already saw Levi covered in blood. So let’s just hope we won’t see the death of another hero of the Scout Regiment. The bloodthirst of Eren Jeager will increase in Attack On Titan Final Season. And the fans will see the return of Annie. One of the scenes in the trailer in which Armin is sitting in front of her frozen form already confirmed this. Along with all of these, the fans will also get to see Mikasa and Levi in action.

Change In The Production Studio For The Final Season!

WIT Studio produced the initial three seasons of the anime. However, the makers want to change the style of the final season, and hence they decided to change the studio. It was worth taking the risk. MAPPA Studio came forward to animate the final season of the anime series. This studio already impressed the fans with its previous projects. And by the look of the trailer of the final season, it seems like they’ve done a fantastic job in animating AOT as well. Earlier, the fans were quite worried about the quality of the animation, but after watching the trailer, they’re all relieved.

Only after a few more weeks, otakus and weebs all around the globe will see the premiere of their favorite anime series. They are really curious to see the forthcoming events in the anime series. Currently, it is speculated that the final season will release in two parts. However, it is not confirmed. Attack On Titan Season 4 will premiere on Monday, December 7, 2020, in Japan right after midnight. And that means the people in most parts of the world will get to see it a day before on December 6, 2020.