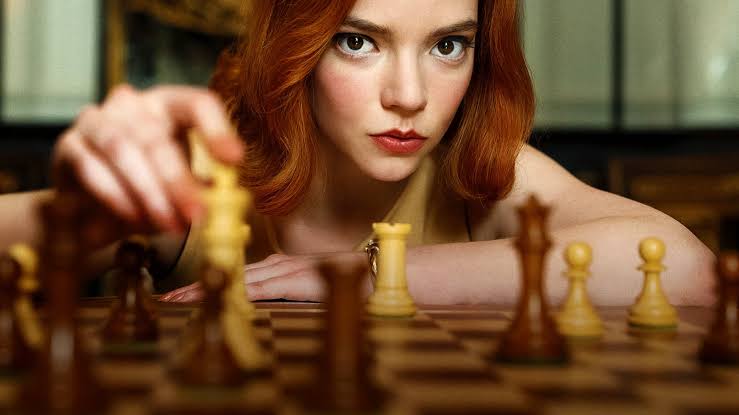 Will there be Queen’s Gambit Season 2? Netflix’s miniseries has become widely popular with its epic drama. However, the popularity has made fans to think about the coming of future possibilities. There are chances for the limited series to continue in the future. Let us further dive-in to discover the impending fate of the series.

Queen’s Gambit is a coming-of-age period drama. The story is based upon the novel of Walter Tevis. Scott Frank and Allan Scott are the creators of the show. The plot follows the story of an orphan chess prodigy, Beth Harmon. The story is set in the 1950s, which further moves towards the 1960s. Beth is dealing with her emotional problems. At the same time, we see her dependency on drugs and alcohol. However, she thoroughly tries to move forward toward the quest of becoming the world’s greatest chess player.

The nine-year-old Beth lost her mother in a car crash. She was then taken to the orphanage center. There she learned to play Chess. She was later adopted by Alma Wheatley and her husband, Lexington. Beth now continues to play Chess tournaments, and the process of winning continued. Indeed, she became more dependent on drugs and alcohol as the money source wasn’t dependent on anyone. We will further see what new turns will Queen’s Gambit Season 2 be bringing.

Will There Be Queen’s Gambit Season 2?

The story includes everything which a total entertainment package should have. It has competitions, revenge, addiction, emotions, and drama in it. Indeed, the content clears why the series is getting so much hype. The finale episode came upon the web on October 23, 2020. The platform has announced and praised the successful journey.

But, we haven’t yet heard about the renewal of the second season. Even though Queen’s Gambit is a miniseries, there are still chances of continuing the story ahead. We will further be waiting for the renewal news to come on the web.

Netflix’s show has broken the platform’s record. Sixty-two million households watched the show within 28 days of the release. And, it also ranked number 1 in 63 countries. Therefore, it could also be one of the reasons to renew the show and continue the fame.

The story in the book ended on a winning note. Beth Harmons defeats Borgov and wins the exceptional battle of Chess. If the series is renewed further, it might not follow the book anymore. The makers need to come up with a new set of the story ahead.

If the series gets another chance, then we speculate all the lead faces to return once again. However, the cast and crew members are excited and willing to return. Anya Taylor-Joy says to Town and Country, “I would certainly come back if I were asked to, but I do think we leave Beth in a good place.” The story indeed ended in a peaceful place. But there is always more to cover ahead because the journey does not end until you are dead.

We do not know anything about the release of Queen’s Gambit Season 2. If it gets renewed, we can speculate it to come by the fall of 2021. Stay connected and updated with us for more information in this space.