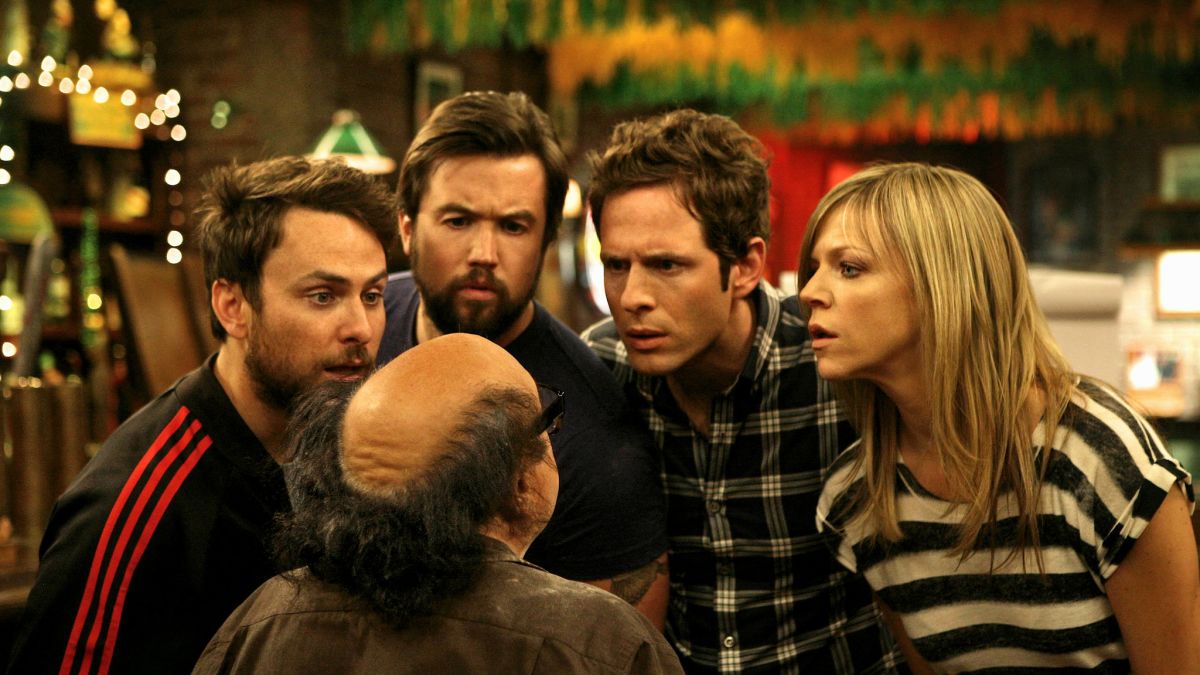 Good news for the fans. It’s Always Sunny In Philadelphia will have four more seasons ahead. Yes, you have heard it right. The platform had renewed the show for more seasons ahead. It is soon going to become the longest-running live-action comedy. Fans are going to see more black and cringe comedy ahead in It’s Always Sunny In Philadelphia Season 15. The scenario is going to be lighter and deeper than expected. Let’s find out below what’s coming ahead.

FX’s It’s Always Sunny In Philadelphia is an American sitcom drama. It first came upon August 4, 2005. Rob McElhenney is the creator of the show, which is also developed by Glen Howerton. However, the plot follows the story of “The Gang.” It includes five friends; twins Dennis and Deandra, and three friends Charlie Kelly, Ronald “Mac,” and Frank Reynolds. The group together runs the Paddy’s Pub, an unsuccessful Irish bar.

However, the behavior and traits of The Gang are not acceptable in the eyes of normal ones. They do drinking, drug abuse and are dishonest, cruel, selfish, and egoistic in nature. We often find the five of them being engaged in some of the activities, which is probably disgusting and humiliating for others. Let us further wait for the show to bring more thrilling activities of The Gang.

The show has been renewed by FX not just for one or two seasons but for four next seasons. The confirmation of eighteen seasons has been done. This came as a result of the show been thoroughly liked and appreciated by its fans. And the platform has taken such a big decision of continuing It’s Always Sunny In Philadelphia for a longer run.

Moreover, the series also breaks the record of “The Adventures of Ozzie and Harriet.” It ran for 14 seasons on ABC. The big announcement was made by the FX Chairman, John Landgraf, yesterday. Get ready to explore and see more of The Gang.

The news was so big that it immediately started popping on the internet. However, some thought it to be mistaken by Four Seasons hotel. But, the truth is that the series is one that is getting more seasons ahead.

Fans will be seeing the characters of The Gangs for a longer time. There will be Charlie Day as Charlie Kelly, co-owner of the Paddy’s Pub; Glenn Howerton as Dennis Reynolds, Dee’s twin brother; Rob McElhenney as Ronald “Mac,” co-owner of the pub, which is also the bouncer.

Kaitlin Olson plays the role of Deandra “Sweet Dee,” Dennis’s twin sister and waitress, and Danny DeVito as Frank Reynolds, the legal father of Dennis and Dee. We haven’t heard of the coming of any new face.

It’s Always Sunny In Philadelphia Season 15 is planned to bring up in 2021. The last seasons are available to watch on Fx and FXX. However, one can also stream it on Hulu. If you haven’t yet watched the sitcom drama, then better hurry because it’s worth giving the time. For further more information, stay updated with us.