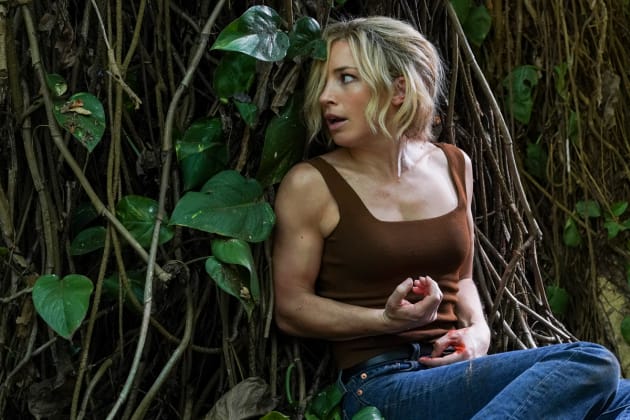 Magnum and Higgins got involved in yet another chaotic situation. However, the downs of the story always bring more fun and excitement. Magnum PI Season 3 Episode 3 will further bring more newness to the series. They keep getting attacked and keep finding a new way to be out of the problematic situation. Let us dig deeper into the fate of Magnum PI Season 3 Episode 3.

The third episode of Magnum PI Season 3 is entitled “No Way Out.” It is written by Barbie Kligman whereas directed by Eagle Egilsson. However, the episode will bring up the hostage situation.

The people in the story will be kept hostages, and the story will, therefore, show the way out by the end. But, is there a way out of the situation? We have to wait for the release to know the answer. The plot will indeed include fear, drama, action, and adventure.

The official synopsis for the upcoming episode reads, “As Magnum, Higgins, and TC try to pull one over on a customs agent to get Higgins a green card, armed gunmen suddenly storm the federal building and start taking hostages.” Get ready for the episode to bring more fun and excitement to your life.

The last released episode of Magnum PI Season 3 was “Easy Money.” We see Dr. Ehan Shah and Higgins going on a casual date. However, Higgins asks Tueila to check his history because he seems to be too perfect to be true. On the other side, Magnum and Higgins are hired to repossess a private jet.

Magnum later finds out that his father’s watch has been accidentally sold off. However, there isn’t any trace of the white SUV that has been following Magnum. Magnum shares about losing the watch to Higgins, and Higgins informs him about the new job.

Both of them have been seen flying back from the plane. However, some masked people start open firing. There has been serious damage to the plane, and two of them crash-landed in a jungle. It was further found that the people who shot down the plane were the people after Rinaldo. He was the one hiding in the plane and was going to become the government witness.

Later on, we see Higgins and Magnum saving themselves along with Rinaldo. However, by the end of the episode, Higgins decides to drop the idea of doing a background check on Dr. Shah. She also bought back Magnum’s father’s watch and surprised him. We hope more chaotic scenario to come ahead. But by the end, we expect all the chaos to get detangled as same as the second episode.

Magnum PI Season 3 Episode 3 will come to the screens on December 18, 2020. It will be there at 9 pm ET/PT on CBS. So, stay tuned to the channel to know the impending fate. One can also watch the releasing episodes on Direct TV, Fubo TV, YouTube TV, and Amazon Prime Videos. For more information ahead, stay in the virtual link.