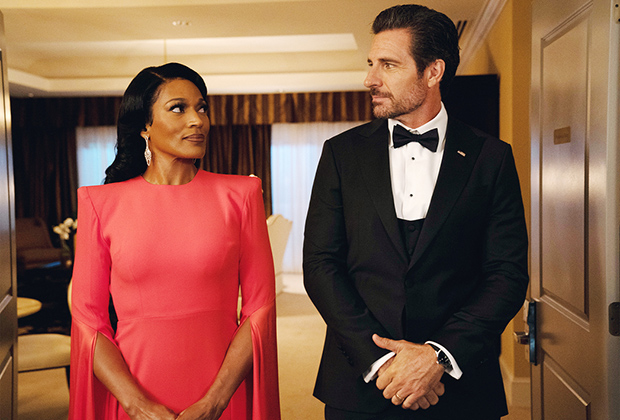 The Oval Season 2: Tyler Perry’s soap opera drama that aired on BET- The Oval became one of the most-watched shows on the streaming service ever since the premiere. The show that premiered in 2019 has become a fan-favorite. So naturally, fans have been asking for The Oval Season 2.

The series follows the people who live in The White House after being chosen by the people in power. The series is an account of the multiple ups and downs in the lives of these people and how they deal with their personal struggles while keeping a check on the political ones. Will The Oval Season 2 happen? If yes, what would happen there? Keep reading to find out-

The first season of The Oval premiered on October 23, 2019, and everyone had been looking forward to The Oval Season 2 ever since. Thankfully after making viewers wait for good six months, the creators announced the renewal of The Oval Season 2. This renewal wasn’t a surprise, to be honest. The first season of the show had an average viewership of about 96000. This was indeed a favorable viewership against all the other BET productions. Nevertheless, it was time to rejoice for all the fans.

Since the show was renewed in the time of Pandemic, it was quite unclear when the show would start production. Then, the latest reports surfaced revealing that the production for The Oval Season 2 began sometime in August 2020. Other related reports suggest that the show has wrapped up its shoot. That indeed is good news.

The way the first season of The Oval ended, there a lot many questions we would like answers to. Starting off is what would happen to President Hunter Franklin? His wife does not believe him, given his acts in the whole season. Not just that, Diane hosts a press conference where she speaks about Ellie and Hunter’s affair. Would Ellie tell the whole thing? Even if she doesn’t, how would this whole scandal affect Franklin? Then there is the first lady, Victoria Franklin

, who is also trying to seduce Sam. While Sam successfully dodged that bullet in the first season, how would he in the second?

Things don’t end there; there is more happening in the family. Victoria had sent both her kids along with their grandmother to live in the country house. Both of them didn’t like this idea. We might get to see what they would do, or how they would settle.

Barry decides to ignore the fact that Sharon cheated on him to move on. He says that he can’t bear the thought. So, they must not talk about it until Barry is over this whole thing. So, it is yet to be seen where Barry and Sharon’s relationship goes next. That is not it for Barry. He is selling drugs on the side while also working to confront the religious sex cult as they kidnapped his daughter.

Last is Nancy, who finally summons the courage to go back home. However, Richard refuses to take her back until she tells him Picky’s father’s name. He tells her that he will make her life hell. It will all be very interesting to see how things go down. The Oval season 2 will indeed be quite messy. Given that the season is already filmed, we can expect to see it early in 2021. We will keep you updated with all the news about the show as it surfaces. So, you stay tuned.