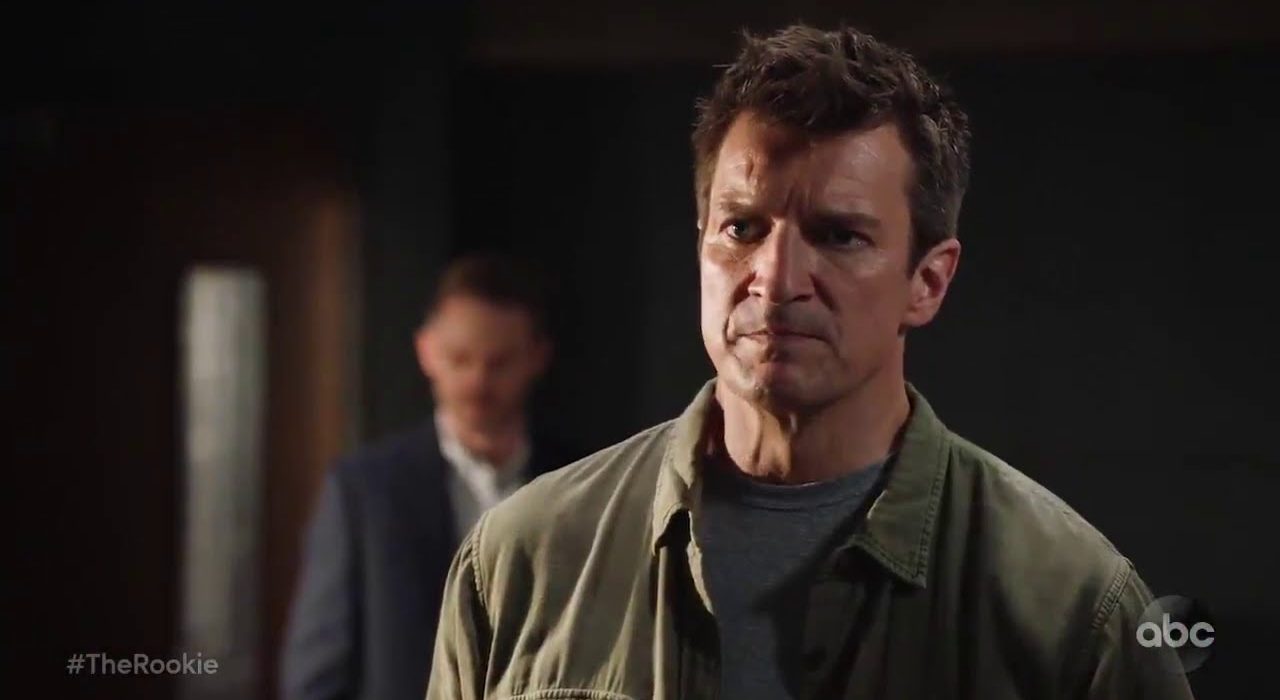 Legends Of Tomorrow and Daytime Divas alumna Brandon Routh and Camille Guaty are all set for a thrilling adventure in The Rookie Season 3. However, both will appear in two different chapters. But, their appearance might create trouble for Officer John Nolan. Despite his complicated life and struggle in adjusting to the police force, he’s now ready to discover the mystery behind those criminal organizations. So, let’s see what Nolan has found now.

The Rookie debuted back on October 16, 2018, created by Alexi Hawley, is a police procedural show on ABC. The show is inspired by the real story of Bill Norcross, who still works in the LAPD and also served as the executive producer of the show. It follows John Nolan (Nathan Fillion), a newly divorced forty-five-year-old man who’s looking for a shift in his career. So, he decides to join LAPD after helping some officers in a bank robbery. Now, he is the oldest rookie in the police force dealing with the impending danger.

The Rookie Season 3: New Comers To Join The Cast

Recently, ABC revealed that Camille Guaty is set to join the casting team of The Rookie Season 3 in the upcoming chapter. Camille will play Sandra De la Cruz, a powerful businesswoman with criminal connections. Even she has been the victim of an unsuccessful murder attempt. She’ll also found herself in trouble. But fans have to wait to see her character as Camille’s Sandra will introduce in The Rookie Season 3 Episode 3 titled “La Fiera.”

Apart from her role in The Rookie, Camille has also appeared in VH1’s dramedy title Daytime Divas. There, she played Nina’s character, a successful journalist who is also the co-host of the famous talk show, “The Lunch Hour.” Even Camille has recently appeared as a guest star in The Good Doctor. She has also starred in the Netflix film Nappily Ever After.

Of course, Nathan Fillion will reprise his role as John Nolan. Apart from Nathan, Mekia Cox, as Nyla Harper, will return with Alyssa Diaz as Angela Lopez and Richard T. Jones as Wade Grey. Further, Titus Makin Jr. as Jackson West will return with Melissa O’Neil as Lucy Chen and Eric Winter as Tim Bradford. Shawn Ashmore as Wesley Evers will return with Annie Wersching as Rosalind Dyer. Even Brandon Routh will appear as the guest star in the second chapter of The Rookie Season 3.

The Rookie Season 3: How Things Will Proceed Now?

The first chapter revolved around the struggle that Nolan faced after deciding to seek the truth behind everything. But, things turned complicated when he learned about the Armstrong plan. So he decided to meet Rosalind to get more details.

But, now, it’s unclear what the future might hold for Nolan. However, to win back their reputation, both Officers John Nolan and Nyla Harper are tasked to join the community police center. Although Nolan is optimistic about solving everything, yet Nyla is still unsure how they would do that.

The Rookie Season 3: When Will It Release?

The Rookie Season 3 has already made its appearance on January 3, 2021. However, the second episode titled “In Justice” will air tomorrow on January 10, 2021, which will feature Routh as a guest star. Further, Camille will introduce in the third episode titled, “La Fiera,” which will release on January 17, 2021, at 10 pm ET/PT only on ABC.