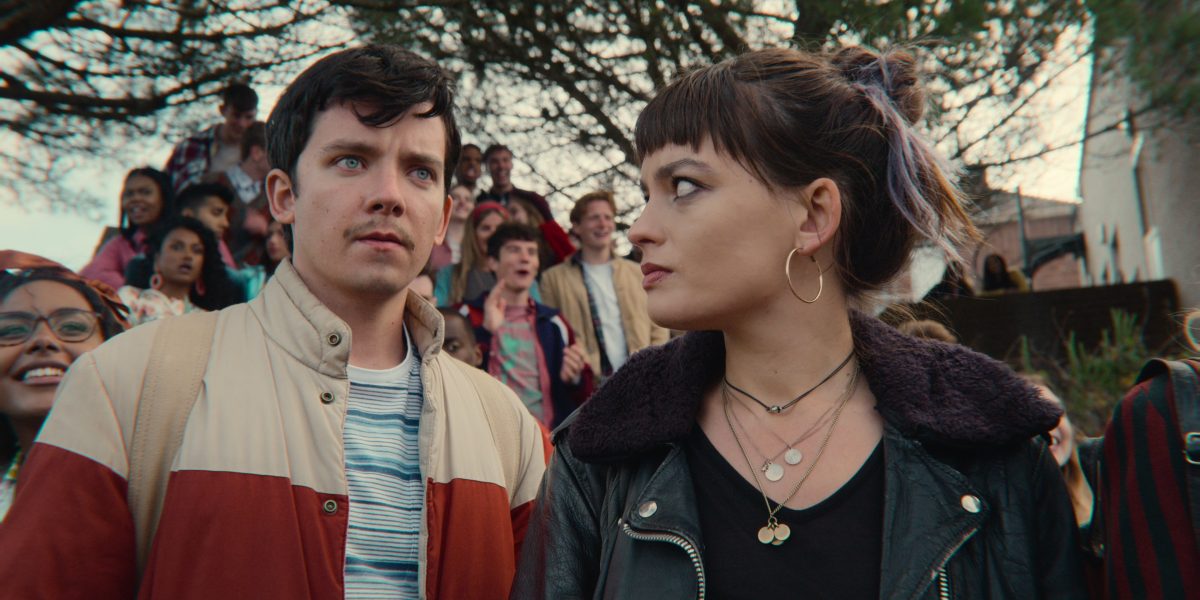 The premiere date of Sex Education Season 3 is fast approaching, and fans just can’t wait to see what will happen next in the life of the students of Moordale High. Every single fan of this show was desperate to see what will happen when Maeve got to know about the voice note that Isaac deleted in the second season finale. However, they have to wait for some more time as the forthcoming installment will not pick up the storyline from there. So, what will be its storyline, and when will it release? Here are all the latest details.

Sex Education is a British teen sex-comedy drama TV series. Laurie Nunn created this show for Netflix. The inaugural season of this show premiered on January 11, 2019. It received a tremendous response, and hence the streaming giant renewed it for the second season, which premiered on January 17, 2020. Now, one of Netflix’s most-watched comedy dramas is set to return to the screens later this month with its third season.

Netflix has released an official synopsis for the third installment of its critically acclaimed drama. According to the synopsis, the storyline of the new season will begin with a new year. Otis will have some casual sex, Adam and Eric will officially appear as a couple, and also Jean will become a mother again. Meanwhile, Moordale will witness the arrival of a new headteacher, Hope.

Sex Education Season 3 will feature Aimee finding feminism, and Jackson will have a new crush. But, most importantly, the lost voicemail is still looming around and might find its way to Maeve. The synopsis suggested that fans should prepare themselves for alien phenomena, commitment animals, vulva cupcakes, and to see much more of Madam Groff.

Asa Butterfield (Otis) also confirmed in an interview that the third season will not begin from the cliffhanger ending of the time jump and will also feature a time jump. Netflix also released some first-look images of Sex Education Season 3 in which he is sporting a mustache look. Asa himself confirmed that it would not last the entire season, and eventually, Otis would return to his tragically awkward self.

Who Will Appear In It?

The forthcoming installment of this comedy-drama will come along with some new faces—the first one of Moordale’s new headteacher Hope. Jemima Kirke will portray this character on screens. Dua Saleh also joined the cast as Cal. She is a student of Moordale who will clash with the new headmistress Hope. Last but not least, Jason Isaacs will also join the cast of Sex Education Season 3. He will appear as Peter Groff.

Peter is Mr. Groff’s older who is more successful and less modest. All the other core cast members of the series, including Asa Butterfield, Emma Mackey, Gillian Anderson, Aimee Lou Wood, and many more, will reprise their respective roles for the upcoming installment.

Only two more weeks, and then the fans will finally see the long-awaited premiere of their favorite comedy drama’s third season. It will run for eight episodes, and all of them will come together at once on the streaming giant. Sex Education Season 3 is all set to release on September 17, 2021, on Netflix. So, don’t miss it.