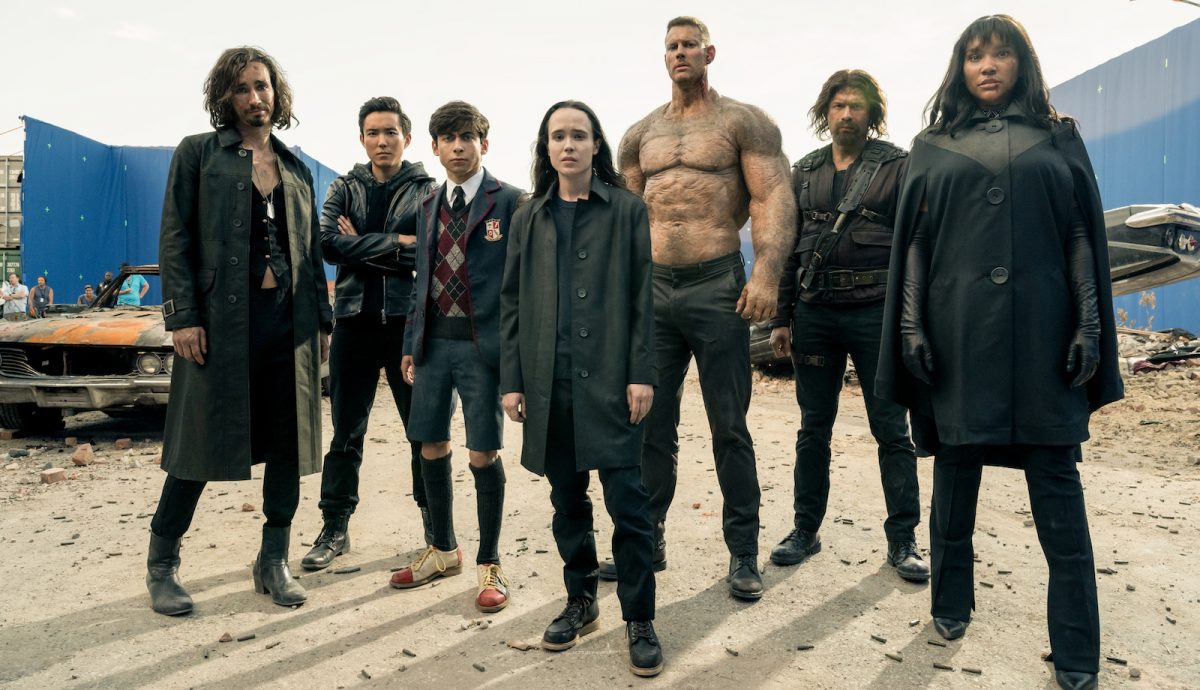 It looks like we are one step closer to explore the new trouble in the Hargreeves siblings’ life. The creator recently revealed that The Umbrella Academy Season 3 has wrapped up its filming. And now it’s time for post-production work. Created by Steve Blackman, The Umbrella Academy takes place in a universe where 43 women give birth without showing any sign of pregnancy. Sir Reginald Hargreeves adopted seven kids and trained them to save the world from the impending apocalypse.

The Umbrella Academy Season 3: When Will Production Conclude?

In late August, the series creator Steve Blackman confirmed on Instagram with a video that finally they wrapped the filming for the third run. It implies that we are edging closer to delve deeper into the chaos these young superheroes created after they thwarted the worldwide crisis in the 60s. Blackman’s video also features all seven core members announcing filming wrapped on August 28, 2021.

Though nothing is confirmed to date yet in that video, Emmy Raver-Lampman says she doesn’t think that the world is ready for their next quest. She further highlighted that season 3 is the best season so far. Well, Netflix renewed the series for the third run back on November 10, 2020. However, it took a couple of months to go back to work. But shortly, filming started on February 7, 2021.

The Umbrella Academy Season 3: Who Will Be In The Cast?

Blackman’s video hints that the entire core cast will return for the next run. These include Elliott Page as Vanya, Robert Sheehan as Klaus, Emmy Raver-Lampman as Allison. Justin H. Min as Ben, Aidan Gallagher as Five, and David Castañeda as Diego will also join. The video also features some recurring members, including Ritu Arya as Lila Pitts and Colm Feore as Sir Reginald Hargreeves.

Besides them, some new faces will also join the show as the member of the gloomy Sparrow Academy. Justin Cornwell as Marcus, Genesis Rodriguez as Sloane, and Cazzie David as Jayme Hargreeves join the third season. In addition, Britne Oldford as Fei will join with Jake Epstein as Alphonso Hargreeves. Besides Sparrows, our young superheroes will also face an Existential Dread Inducing Psykronium Cube. However, nothing is known so far about that.

The Umbrella Academy Season 3: What Will Happen Next?

After saving the world from the global crisis in the last season finale, the seven siblings

successfully returned to their time- or did they? But, when they reached home, they learned their late father, Sir Reginald, was alive and in good shape. Even their deceased brother Ben is alive too. He now leads the Sparrow Academy, the alternate version of the seven siblings. Even the recently revealed titles suggest that the siblings will try to unearth the mystery.

The pilot episode title “Meet The Family” feels like a bad omen for them. Will they try to return to their time without mingling up with the Sparrow Academy affairs? Well, it doesn’t feel like. Meanwhile, there’s a slight chance to explore the mystery behind their origin. Even why Hargreeves never aged. The other episode title includes- World’s Biggest Ball Of Twine, Pocket Full Of Lightning, Kugelblitz, Kindest Cut, Marigold, Auf Wiedersehen, Wedding At The End Of The World, Six Bells, and Oblivion.

The Umbrella Academy Season 3: When Could It Return?

Filming has recently wrapped up. But it seems fans have to wait a little more to watch how things will unfold in the third run. The last season wrapped up its filming in November 2019, while season 2 aired in mid-2020. Thus deeming the timeframe, we expect The Umbrella Academy Season 3 to start airing sometime in early 2022.