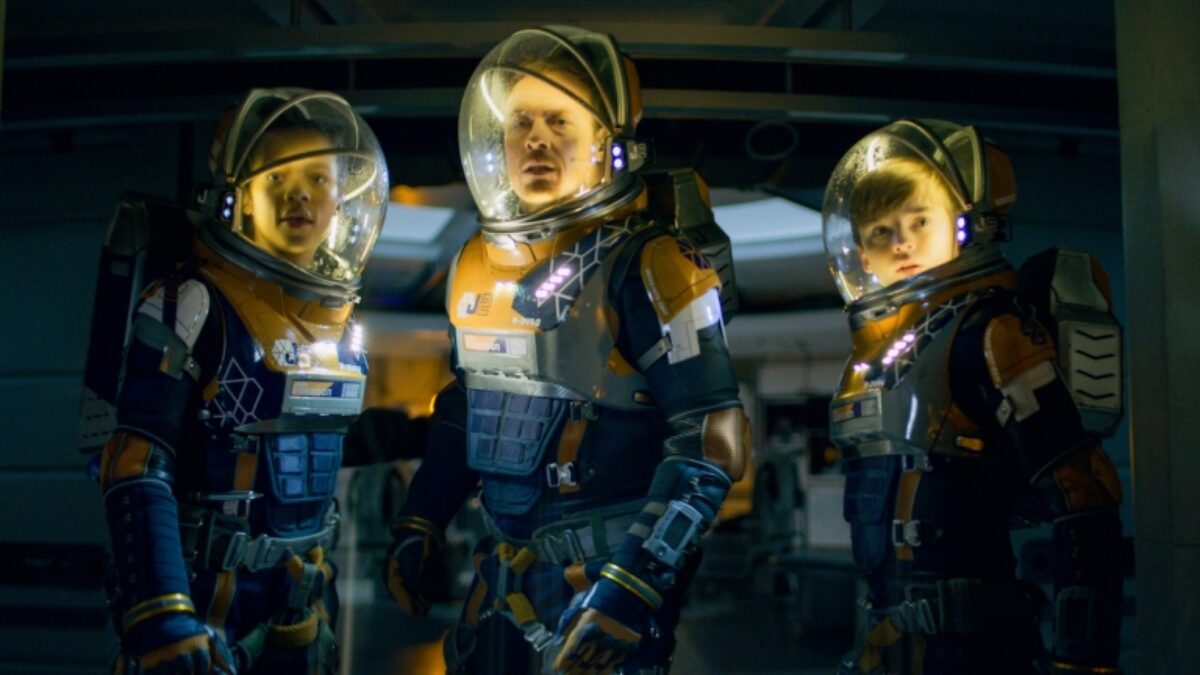 The fans of highly-acclaimed science fiction series will be delighted to know that Netflix will release the first teaser of Lost In Space Season 3 today. The official Twitter page “Netflix Geekend” tweeted that fans will receive the first look at the third season after a wait of two long years. Lately, the streaming giant renewed the show for a third and the final installment in March 2020. So we are enthralled to inform the fans that the third season is coming to Netflix very soon.

The series follows the Robinson family, chosen for the 24th mission on the Resolute in 2046. Lost In Space is set two years after a destructive impact threatened humanity’s extinction. Resolute is an interstellar spacecraft that carries selective families to build a colony at the Alpha Centauri Star System. Further, the Robinsons escape to a habitable planet after a lethal alien robot breaches Resolute’s Hull. A lot has happened in Lost In Space since then as the story moves towards the last chapter. So keep reading this to know about Lost In Space Season 3.

After a long and testing wait, the third season is finally coming back on Netflix. The streaming giant tweeted a photo of Will Robinson and the Robot from the latest season, confirming the release of the newest teaser today. It will be exciting to receive the first glimpse, which will give fans a brief idea of Lost In Space Season 3.

Lost In Space Season 3: What Will Happen?

Season 3’s official synopsis teases the upcoming journey filled with dangers and adventures for the Robinson Family. They will have to work together with “mischievous and manipulative Dr. Smith” and the charming Don West to try and return back to the Resolute and reunite with another colonist. Meanwhile, Jupiter 2 would be stranded on a mysterious ocean planet.

However, while the Robinsons work on their mission without their beloved Robot, they will soon realize that everything is not as it looks. Moreover, they are about to face several new threats and unforeseen discoveries as they look for their Robot and a safe route to Alpha Centauri. Further, the synopsis also assures that the Robinsons will stop at nothing as survival is their specialty.

Talking out Lost In Space Season 3, showrunner Zack Estrin shared that the story of the Robinsons was always viewed as a trilogy since the show’s beginning. He assured the fans to deliver a rousing “conclusion” at the end of the third season. But, before that, the next season will explore some adventurous stories of the Robinson family one last time.

Earlier in September, Deadline reported that Russel Hornsby is set to play a key recurring role in the third season. Further, Russel’s speculated character is expected to be Grant Kelly. However, we will have a fair idea when the teaser comes out today. The main cast for season 3 includes Molly Parker as Maureen Robinson, Toby Stephens as John Robinson, Maxwell Jenkins as Will Robinson, and Taylor Russel as Judy Robinson. In addition, Mina Dunderwall, Ignacio Serricchio, Parker Posey, and Brian Steele will be joining the cast for Lost In Space Season 3.

The third season wrapped up filming in January 2021. And Netflix will release Lost In Space Season 3 by the end of 2021 in November/ December. However, the streaming platform is yet to reveal an official premiere date. So stay tuned for more exciting updates and keep an eye on the latest teaser coming out today.