The Resident Season 5 Episode 4: Conrad Is Obsessed Over The Reason Behind Nic’s Accident! Release Date And More Details 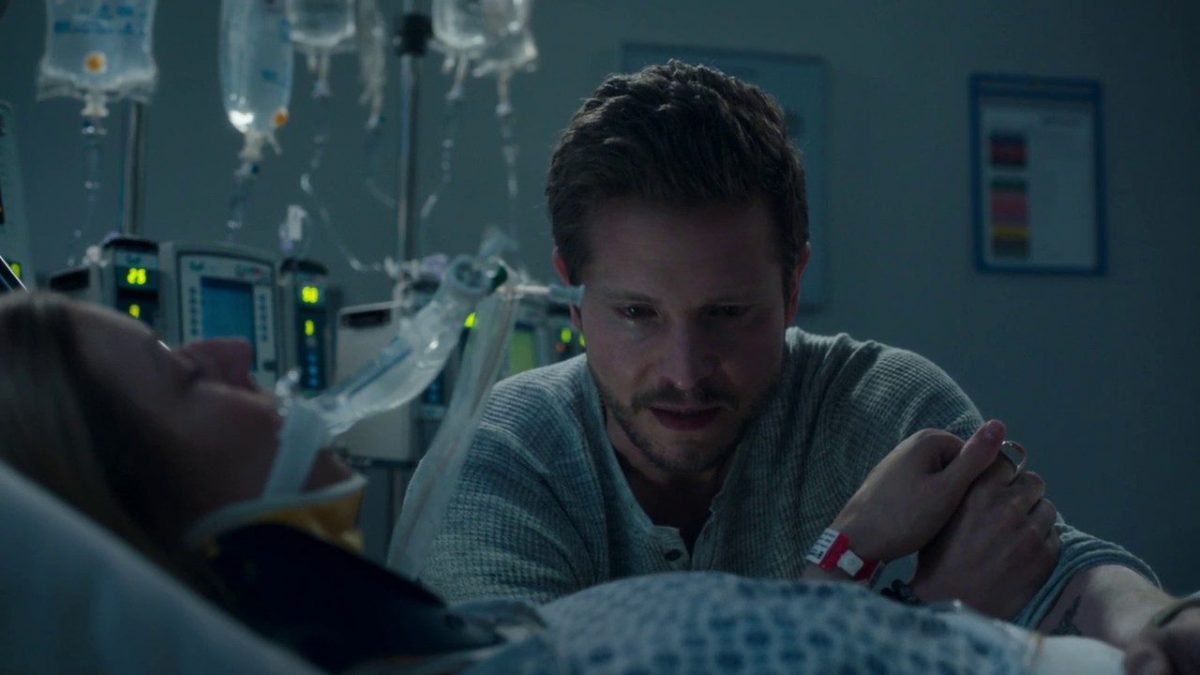 Conrad seems to be in a tough spot emotionally in The Resident Season 5 Episode 4 after his wife Nic had a fatal car accident in the last episode. Moreover, Conrad is obsessed with discovering what happened and cannot stop himself from going back to the crash site. While Nic struggles with severe brain damage, the doctors try to do all they can as they see their friend battling death.

Unfortunately, the previous episode ended with the staff bidding farewell to their beloved Nic, who left Gigi and Conrad alone. So how will Conrad handle himself? And is Nic’s accident a bad luck, or is there something buried deep under the chaos? Continue reading further to find all the details about the fourth episode of The Resident Season 5.

The Resident Season 5 Episode 4 Precap: What Will Happen?

Conrad is facing a huge loss of his wife in the fourth episode of The Resident Season 5, titled “Now What?” Also, Fox has revealed a short promo and the official synopsis of the next episode. As per the synopsis, in order to distract himself from the loss of Nic, Conrad focuses all his efforts on finding the answers behind the death of his wife. However, things are getting pretty rough for him mentally. As we saw him talking to Nic while on her deathbed in the previous episode. In addition, Conrad will have to take up the responsibility of their young daughter Gigi, who keeps asking him about her mother.

Further, Conrad finds it hard to shake off the thought that the accident was not a coincidence. Therefore, he keeps going back to the crash site to find something that will prove his theory right. However, it seems like Conrad is losing his mind here and will have to gather himself as he is the only parent left now. In the promo, Conrad is trying to connect the dots, but he is looking for something that did not happen.

Meanwhile, Raptor will have a run-in with the police, about to take a surprising turn. Moreover, Dr. Leela starts to notice problems with a surgeon’s methods. The surgeon is also Bill’s mentor. It will be heartbreaking to see Conrad grieving Nic while he takes care of Gigi in the upcoming episode.

The third episode of The Resident Season 5 opens with Conrad receiving the news about Nic’s accident. He chased the helicopter to Chastain Park and forced his way in to see his wife and help her get inside the hospital. The x-ray suggests fatal brain damage, but Conrad is just not ready to give up on Nic.

Meanwhile, a former patent, Gabe Sandoval, returned to the hospital with breathing problems again. Devon and Billie try to help Conrad to save Nick. Moreover, Billie suggests putting Nic under a medically induced coma as pressure builds up in her head. At the same time, Conrad calls Cherry Gabe’s wife, as both are in the same situation. Both their loved ones were fighting the battle of life and death in the third episode of The Resident Season 5.

Furthermore, Marshal, Gigi, and Kyle reach the hospital to assist their colleagues. Unfortunately, Billie revealed a ventricular compression in Nic’s brain that cannot be fixed. Later, Devon performed a test on Nic, showing that she is brain dead. Meanwhile, after a series of tantrums, Gabe gets trachea replacement surgery. Meanwhile, the hospital finally bids farewell to their beloved colleague Dr. Nic. His wife’s death devastated Conrad, Kyle loses her daughter, and Gigi loses her mother in the Resident Season 5 Episode 3.

The Resident Season 5 Episode 4: When Will It Air?

The fourth episode of The Resident Season 5 will air on October 12, 2021, at 8:00 p.m. ET, only on Fox. The fifth season will feature a total of 23 episodes. Each episode will air weekly on Tuesdays on the network. In addition, fans can stream the latest episode on Hulu, Amazon Prime, iTunes, VUDU, and Google Play Movies. So keep coming back for the latest updates, and don’t miss the newest episode of The Resident.