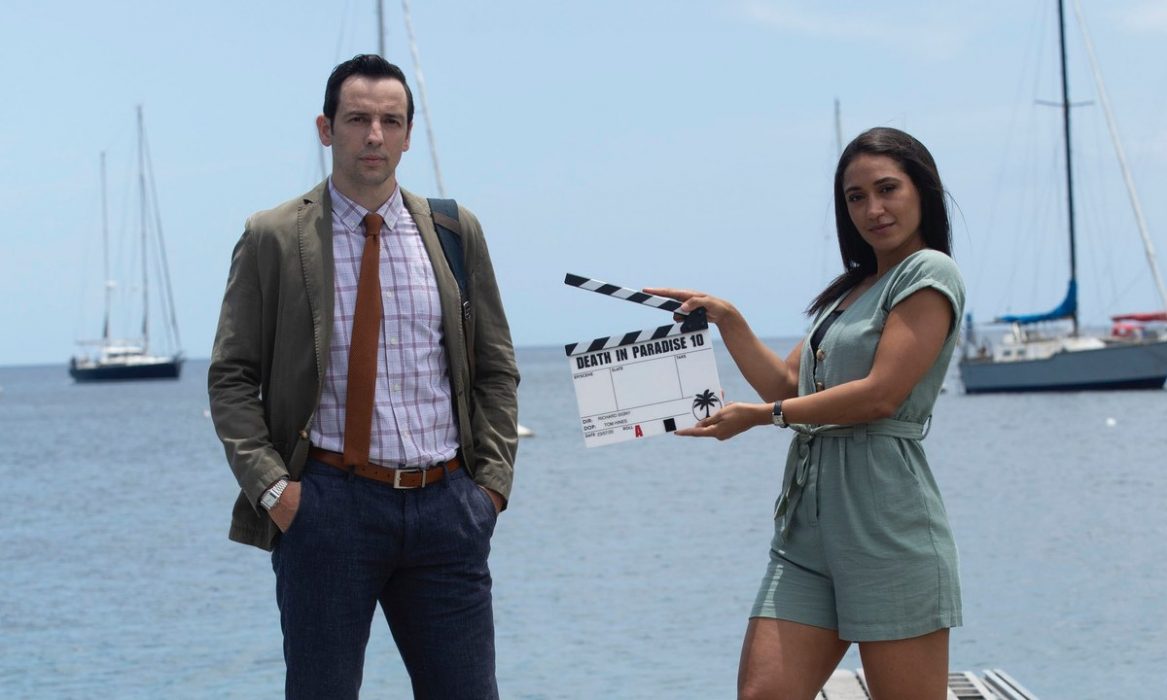 BBC’s British-French crime drama is returning for Death in Paradise Season 11 soon. Moreover, the show’s dedicated fans will be treated to a huge surprise ahead of the upcoming season’s premiere. The series has been running strong for almost a decade now and will soon enter the eleventh year with the following season.

The previous season began airing on January 7, 2021. The same day, BBC announced the renewal of the series for two seasons, ensuring the series to air for two more years until 2023. And in July, the network announced that a special Christmas version of the series would premiere ahead of season 11.

Death In Paradise has witnessed a series of detectives throughout ten seasons. In the previous season, Emmet Peterson approached the police station wearing a bloodstained shirt and a pistol in his hand. Peterson believed that he had killed his best friend, Gardenia Dujon. However, Parker was doubtful of the murder as he found a crayon at the crime scene. So, Parker digs deeper into Dujon’s teenage son’s death and her former employee, Tarone Vincent, who blackmailed Dujon.

Moreover, Parker figured out the answers from the blue varnish of the gun’s finger guard and the photos taken from the crime scene. Further, Sergeant Hopper accepted a promotion. But, things got worse when a trainee Officer Pryce was provoked into assaulting Vincent. That was the last time Sergeant Hopper made an appearance on the show. So, here is everything to know about Death In Paradise Season 11.

Death In Paradise To Feature A Christmas Special

The series is set to premiere a full-length Christmas version later this year. The news was revealed through a tweet on the show’s official Twitter account in July 2021. Further, the first-ever Christmas special will celebrate the show’s tenth anniversary in December. The special feature episode will premiere ahead of the release of Death In Paradise Season 11. Moreover, the Christmas special is expected to shed some light on the cliffhanger of Neville and Florence’s relationship

The filming for Death In Paradise Season 11 began on June 8, 2021. The network also announced the start of the filming through a Twitter post. The tweet also introduced a new recruit at the Saint Marie Police Force. The series is being filmed in Guadeloupe and is set in the fictional Caribbean Island of Saint Marie. Further, the production is expected to end by the end of 2021.

Who Will Feature Next Season?

The series is all set to celebrate its tenth anniversary with a Christmas special in December. Further, BBC will premiere Death In Paradise Season 11 in January 2022. The network is yet to reveal an exact release date and the trailer. So prepare yourself for another season filled with mystery, crime, and thrill. Also, keep coming back for more news about your favorite shows.