The Great Season 2: Catherine Takes Over The Leadership Of Russia! Peter Try To Dethrone Her! 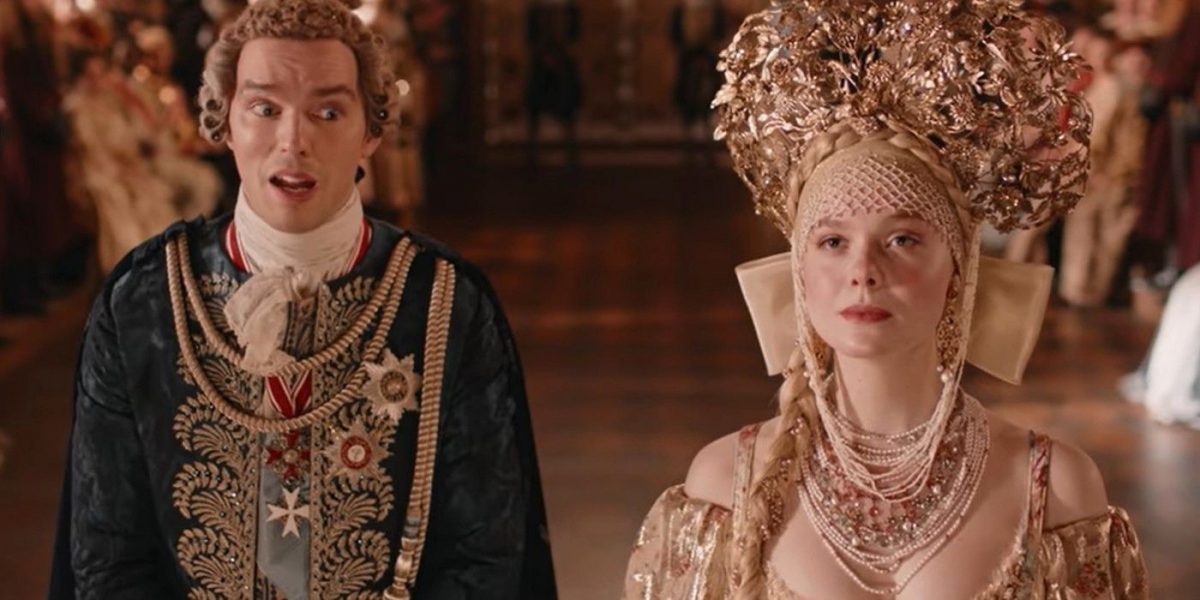 Hulu’s critically acclaimed historic comedy-drama is slated to return for The Great Season 2 very shortly. Recently, the network has released the official trailer for the second installment. In the second season, fans will see the rise of Catherine as the empress of Russia. She will take over the reins from her husband Peter III in the upcoming season, making her a prime target of the highly influenced members of the Russian royal family.

The first season earned an incredible of 8.1/10 n IMDB and 88% on Rotten Tomatoes. Thus, the highly viewed comedy-drama has been in demand for the second season for quite a while. So, finally, the second installment will be returning on Hulu very soon.

The Great is a satirical comedy that depicts the rise of Catherine the Great from being an outsider to becoming the longest-ruling empress of Russian History. The first season fictionally portrayed Catherine’s youth and her wedding with Emperor Peter III. Catherine will take over Russia’s control with the idea of ruling the country without any bloodshed in season 2. So, continue reading further to discover all the essential updates about The Great Season 2.

The trailer opens up with the welcoming of the new ruler of Russia, Catherine. She has changed her name to Catherine the Great. And her husband Peter, who has recently lost his power, finds it arrogant. Next, we see the introduction of C atherine’s mother, who tells her about the rumor going on across Europe. The word is that Catherine has taken Russia from her husband.

Further, we see Peter mocking her about the idea of running Russia without bloodshed. Next, one of Catherine’s advisers suggests that Peter must be killed. Catherine replies that any argument could be won with reason and compassion without the need for violence.

It is revealed that Catherine is about to become a mother, and Peter is seen mocking her again by a cruel joke about her child. Next, we see Peter being frustrated by her rule and trying to find ways to dethrone her. However, he plans to imprison her with no option left until the child is born. And, he plans a coup against his wife, which also turns out to be a failure in The Great Season 2. Thus, fans are about to get a humor-filled yet testing plot in the upcoming season.

Who Will Feature In Next Season?

In May 2021, Gillian Anderson has been cast as Johanna, Catherine’s mother. She will appear as a guest star in The Great Season 2. Further, the lead cast members returning for season 2 are Elle Fanning as Catherine the Great, Nicholas Hoult as Peter III, Phoebe Fox as Marial, Sacha Shawan as Count Orlo, and Charity Wakefield as Georgina Dymova.

Hulu will premiere The Great Season 2 on November 19, 2021. The network will release all ten episodes together. Each episode of the series has an estimated runtime of around 15-55 minutes. So, don’t miss the upcoming season of The Great and keep coming back for more thrilling updates.