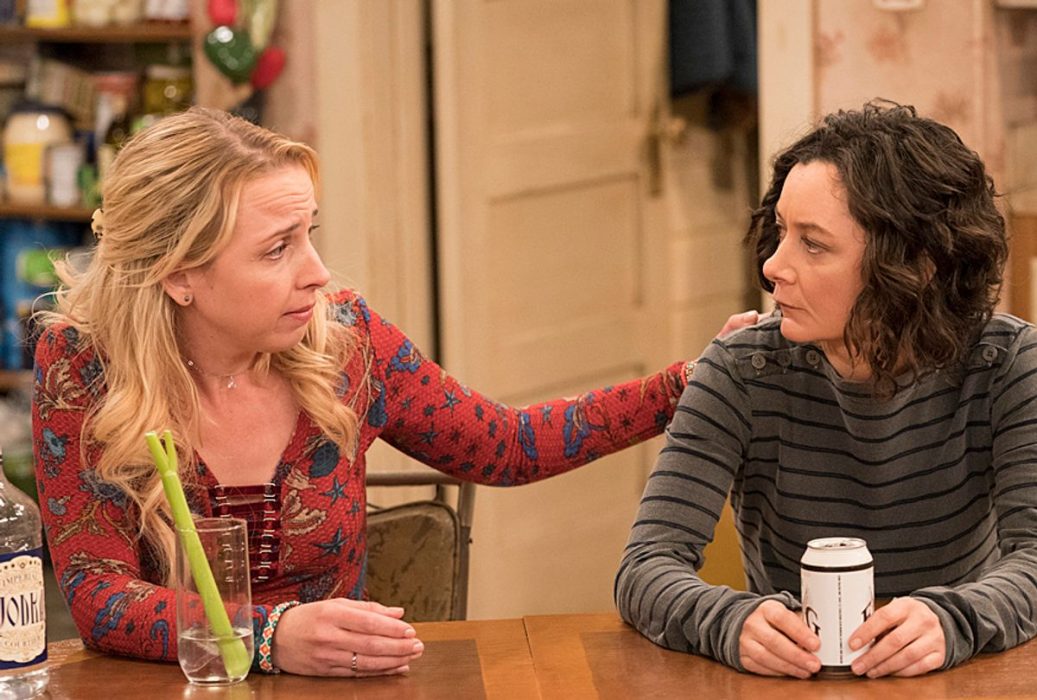 It seems Becky will take center stage in the sixth episode of The Conners Season 4. She will try to focus on her education in the upcoming episode. Meanwhile, Mark will try to make some new friends at his school. For that, he will approach Ben for some advice that will affect Darlene’s possessive nature in the upcoming episode. So, continue reading to find all the updates about The Conners Season 4 Episode 6.

The Conners Season 4 Episode 6 Preview: What Will Happen?

The sixth episode of The Conners Season 4 is titled “Young Love, Old Love and Take This Job and Shove It.” In the upcoming episode, Darlene will continue to live with her insecurities. This time she will be worried about Mark making friends at his new school. Moreover, Mark will approach Ben to gather some personal advice about friendship. But Mark approaching Ben for advice might hit Darlene’s nerves in the upcoming episode.

Meanwhile, Becky will be the center of the plot in the upcoming episode. She will try to focus on her education as she finds herself performing well in college. Becky will also be seen making plans about her future endeavors, which seems highly odd for her nature in The Conners Season 4 Episode 6.

The fifth episode mainly revolved around Darlene’s search for peace after her recent breakup with Ben. Moreover, Darlene was not too happy about Harris dating Aldo because she thought he was way older. Harris genuinely cares for Aldo, but going to the next level was still early for their relationship. However, Darlene’s plan to separate the two led them to move in together. Also, Darlene was disappointed, and Aldo found out that Darlene disliked her. So Darlene adopted the eastern philosophy to get over her recent failure and find solace in the books.

Meanwhile, Dan and Louise used their virtual reality goggles to create thrill during their boring honeymoon. But, Dan seemed surprised when Louise told him that she did not require anything extra to have quality time with him. Beverly decided to give up drinking for a whole year before returning to dating guys. As a result, she decided to stop bringing Beverly Rose to work after Lunch Box’s transformation into a sports bar in The Conners Season 4 Episode 5.

The sixth episode of The Conners Season 4 will air on November 3, 2021. ABC airs each new episode weekly on Wednesdays at 9:00 p.m. ET, with an average runtime of 22-minutes. Fans can watch the latest episodes on ABC official’s website and app. In addition, viewers can also stream season 4

on Hulu+Live, Fubo TV, YouTube TV, DirecTV, and Xfinity. So don’t miss the newest episode and return for more exciting updates about your preferred TV shows.