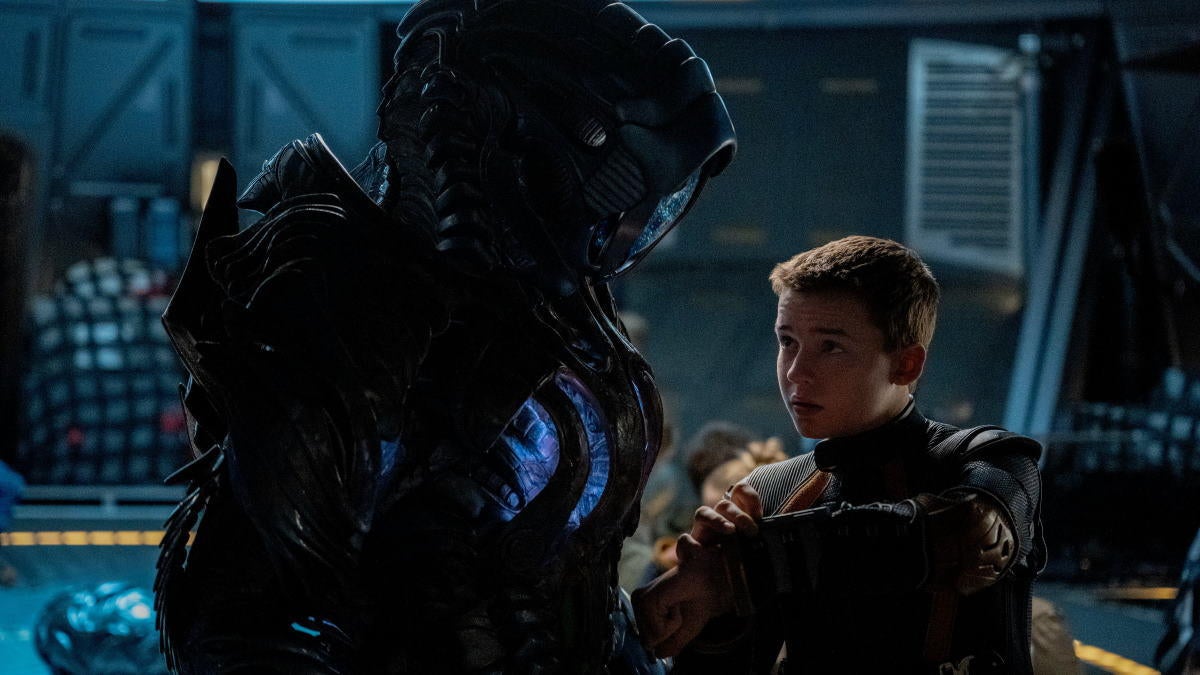 Lost In Space Season 3 recently dropped its first look images and trailer, revealing how the Robinson family will deal with the new obstacles. Well, several theories have been surfacing around the highly-anticipated sci-fi series. But the teaser put an end to it. Further, the showrunner discussed the possibility of the following seasons. Based on the 1965 series, the show takes place in the future, where Robinson’s family is selected to colonize the Alpha Centauri planetary system.

Lost In Space Season 3: Trailer Teases What Will Happen Next

Netflix recently dropped the teaser trailer of highly-anticipated Lost In Space Season 3. “This is Will Robinson,” Will says, “if you’re watching this recording,” then it won’t work out. “I hoped they would,” Will concluded. This ominous narrative later focuses on the abandoned spaceship, planetary explosions, and battle. In the finale, Will and his siblings were separated from their parents and discovered the long-lost spacecraft.

However, the trailer hints that nothing will remain the same. Fans can see, Will is grown up now and is more focused on saving everyone in his facility. But the colonies they formed seem in a dangerous position. As it’s pacing slowly towards the sun. Meanwhile, the trailer gives a glimpse of a person who perhaps died in space before hitting the spacecraft surface. So, now is the time to test Robinson and the crew’s survival skills.

Battle Is About To Begin

While Judy, Will, Penny, and the Robot are trying to lead the 97 young Colonists in a terrifying evacuation, their parents John and Maureen, are trying hard to reunite with their kids. However, John and Maureen have to battle with the aliens’ force and the impending threats before that. Elsewhere, Will and his siblings discover some life-changing secrets which will put everything on a thin line.

Lost In Space Season 3 Cast: Who Will Return?

In addition to Maxwell Jenkins‘ Will Robinson, other stars will also return. These include Molly Parker as Maureen Robinson, Taylor Russell as Judy Robinson, and Toby Stephens as John Robinson. Mina Sundwall as Penny Robinson will also return with Ignacio Serricchio as Don West and Parker Posey as June Harris / Zoe Smith. Further, Brian Steele will return as the Robot.

Is It The Last Season?

Zack Estrin serves as the showrunner alongside Jon Jashni, Kevin Burns, Burk Sharpless, and Matt Sazama. And unfortunately, they told Deadline that season 3 marks the end of this journey. Estrin said they always envisioned the show as the trilogy. Thus there’s no doubt to conclude the show with the third run.

They have already planned the beginning, middle, and end, so it’s worth noting that all of these characters get a satisfying closure as they are trying to survive in the finale. Further, Estrin mocked that “if anyone deserves to catch their breath,” it’s Penny, Will, Judy, John, Maureen, Dr. Smith, Don West… and The Robot.

Only a few weeks are left to explore the epic battle between Robinson and the alien colony. Further, the recently released images hint at the game-changing moment for everyone. Now the characters have to act smart and quick if they want to survive. Lost In Space Season 3 will air on Wednesday, December 1, 2021, only on Netflix. So don’t miss the final season.