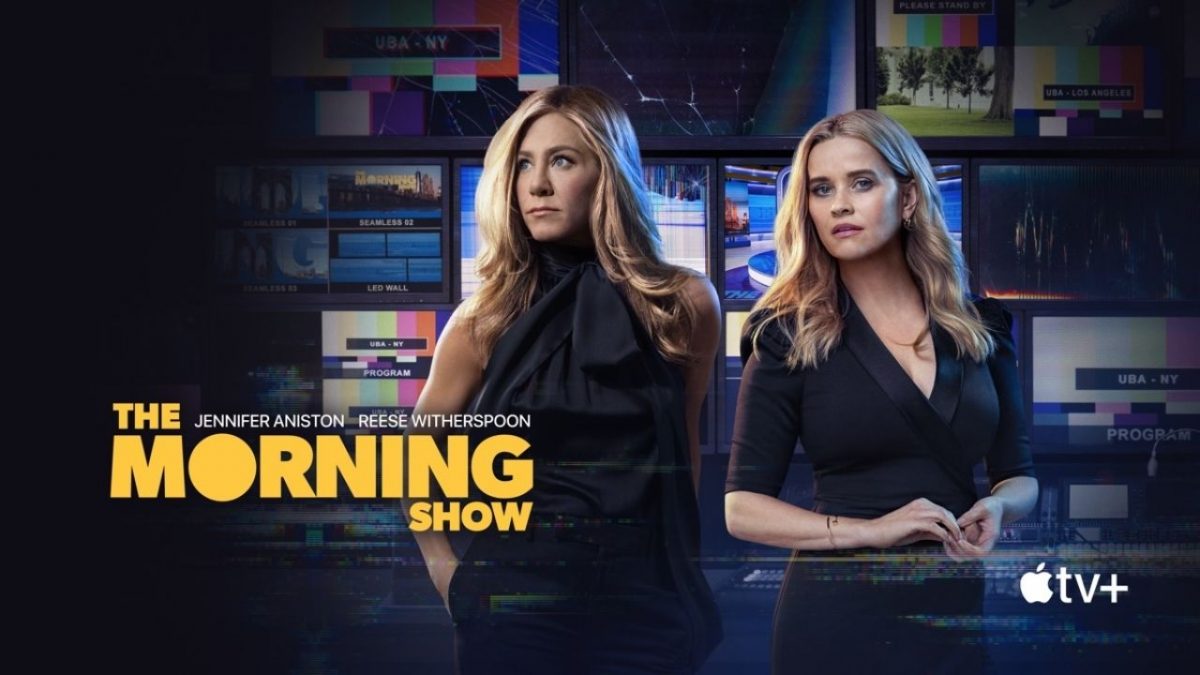 Maggie’s book will finally release in The Morning Show Season 2 Episode 9. Alex will express her desire to leave the UBA. She is concerned about her personal life issues being mentioned in Maggie’s book. Cory will try to stop her in the upcoming episode. And Bradley will interview Maggie after the book’s release.

In the previous episode. everyone was shocked by finding out about Mitch’s death. The UBA confirmed the news and finally shared the news with the public. Alex had a tough time when she went to see Paige. So, what will happen after the release of Maggie’s book in The Morning Show Season 2? Keep reading to know all the details about the ninth episode.

The Morning Show Season 2 Episode 9 Preview: What Will Happen?

Alex and Bradley will deal with the storm that will follow after the release of Maggie’s book. Alex will express her desire to quit the office. But Cory will try to convince Alex to stay. However, she will tell Cory that Maggie’s book will mention the details of her relationship with Mitch. Thus, Alex will be firm on her decision to leave the UBA.

Meanwhile, Paige will visit the UBA to invite Mitch’s colleagues for his memorial. Also, Bradley will try to get her brother to join a rehabilitation clinic. However, he will refuse to go and tell her that she should be the one to take care of him. Further, Bradley will interview Maggie after the release of her controversial book. She will question Maggie’s intentions during the interview. Moreover, Alex will go to Mitch’s memorial and give him a final goodbye in The Morning Show Season 2 Episode 9.

The previous episode dealt with the aftermath of Mitch’s death. Chip constantly left voicemails for Alex, but she was nowhere to be found. A new coronavirus outbreak was reported in the US soon after. The UBA was left in chaos after an Italian reporter called their office to comment on Mitch’s death.

Following the incident, Mia directed her team to find two confirmations before breaking the news about Mitch to the public. The owner of Mitch’s villa, who is also the owner of UBA’s affiliate, was the first one to give a confirmation. Further, Bradley’s brother dropped at the UBA high on drugs, screaming about what their father did.

Meanwhile, Alex landed in New York and was informed by Chip about Mitch in The Morning Show Season 2 Episode 8. Alex then called Paola, who confirmed Mitch’s death. Thus, Alex told Mia to go public with the news after Paola’s confirmation. Next, Alex decided to visit Paige, Mitch’s wife, to inform her about his death.

On the way, Alex got into an argument with Chip after listening to his voicemails. At Paige’s house, she told Alex that she knew about Mitch and Alex’s affair. Paige also called her a hypocrite. In the end, Bradley informed the public about Mitch’s death in The Morning Show season 2 Episode 8.

The ninth episode of The Morning Show Season 2 will air on November 12, 2021. Apple TV+ airs each new episode weekly on Fridays at 12:00 a.m. PT. The upcoming installment will be the penultimate episode, with a total of 10 episodes in season 2

. The latest episodes are available exclusively on Apple Tv+ only. So don’t forget to watch the upcoming episode and keep coming back for more news.