The Resident Season 5 Episode 7: New Batch Of Interns Start At The Chastain! Kit And Bell Convince Conrad To Return! 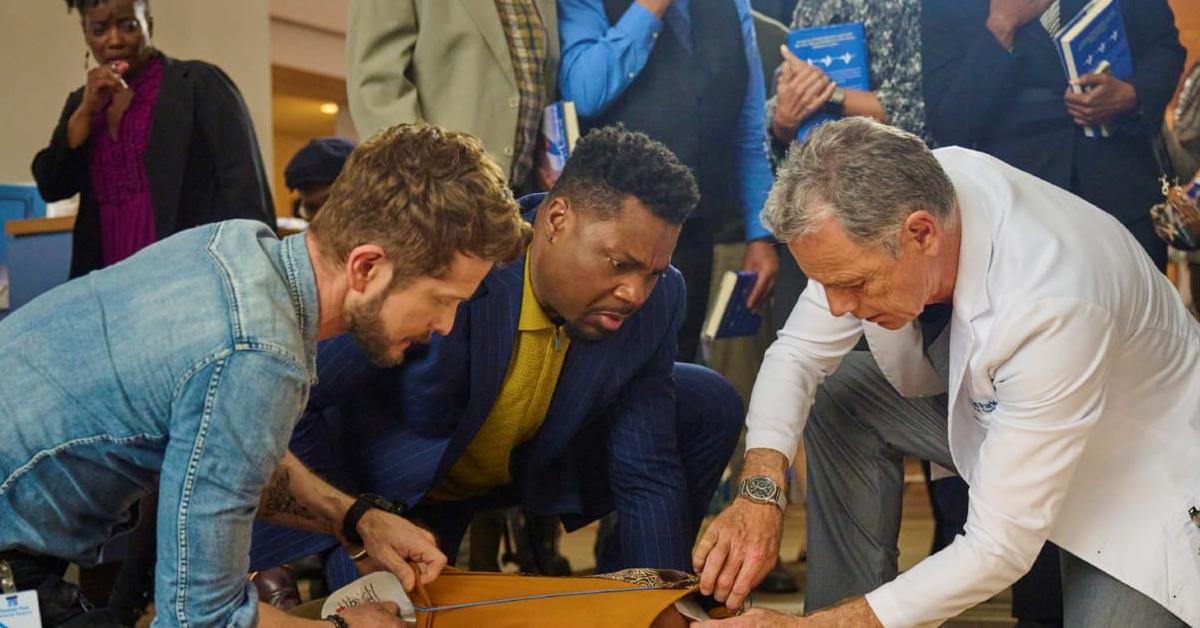 The Chastain will see some changes with the joining of several interns in the seventh episode of The Resident Season 5 Episode 7. Conrad will pay a visit to the hospital while Kit and Bell try to convince him to return. In addition, Leela and Padma will have a visitor. And Raptor’s mother will be admitted to the ER in the next episode.

The previous episodes depicted the changes in the life of doctors after a time jump of three years. Conrad brought in a patient resulting in havoc at the hospital. However, everything was handled by the dynamic duo of Devon and Conrad. But what will happen in the seventh episode of The Resident Season 5? Keep reading to know all the crucial details about the upcoming episode.

The Resident Season 5 Episode 7 Precap: What Will Happen?

The seventh episode is titled “Who Will You Be?” In the upcoming episode, several new interns, including Billie’s son, will start their first day at Chatain. The hospital is still missing Conrad, who has been their heart and soul for years. Thus, Kit and Bell will try to convince Conrad to return to Chatain in The Resident Season 5 Episode 7.

Meanwhile, Leela and Padma will be surprised by a sudden visit by their parents in the next episode. Moreover, Raptor’s mother will collapse due to multiple organ failures. She will be admitted to the ER. And Raptor will share the sad news with Conrad. Further, Devon will take charge of the interns while Conrad will visit the hospital in the upcoming episode.

The previous episode of The Resident Season 5 saw Conrad working as a concierge doctor at a private clinic. He left the hospital to spend more time with his daughter Gigi and move on with the memories of Nic, which were constantly triggered due to Chastain’s environment. In the previous episode, Conrad brought in a patient who had metastatic lung cancer. He could not afford any medical debts, so Conrad tried to help him out. However, the situation took a turn for the worst when the patient held two pharmacists hostage to get a hold of a chemo drug.

Moreover, it turned out that the patient did not have cancer. Instead, he was suffering from tuberculosis. Devon and Conrad quickly took over the situation and calmed the patient down in The Resident Season 5 Episode 6. After the incident, Conrad went on for his dinner with Gigi. When his daughter asked him how his day was, he responded that it was the best day in a long time. The statement meant that he missed the thrill of working at the Chastain but was dedicated to spending more time with his daughter.

Meanwhile, AJ became a celebrity by publishing his book, Heart Sounds. Not just that, he was competing with Bell to attain the position of Chief Surgeon at Chastain. Also, he was dating Leela’s sister, Padma. Kit was still the CEO of Chastain and was dating Dr. bell. Moreover, Leela and Devon were still in a live-in relationship but found it hard to spend time outside the hospital in The Resident Season 5 Episode 6.

The seventh episode of The Resident Season 5 will air on November 16, 2021. Fox airs each new episode weekly at 8:00 p.m. ET on Tuesdays, with an estimated runtime of around 45 minutes.

Where To Stream The Next Episode Of Season 5 Online?

If you miss the broadcast on Fox, fans can watch the latest episodes on Hulu, Hotstar, and Amazon Prime Video. So, stay tuned for more exciting details, and don’t miss out on the next episode of season 5.