The Walking Dead: World Beyond Season 2 Episode 8: The Group Plans To Take Down The CRM Facility In “Returning Point”! 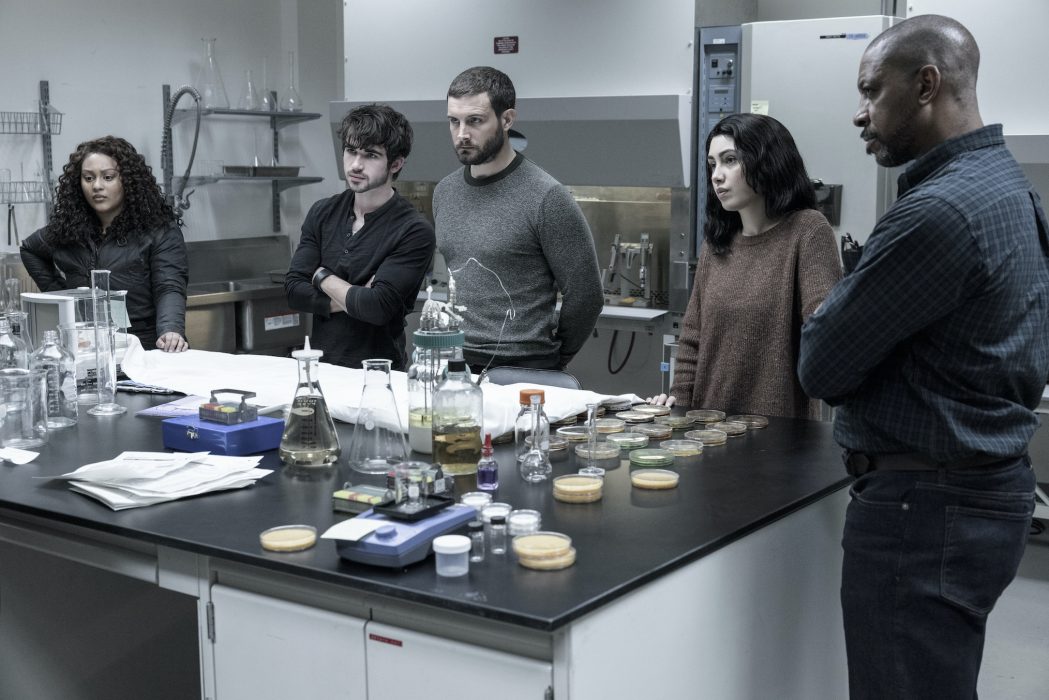 The group will forge a plan to take down the CRM facility in The Walking Dead: World Beyond Season 2 Episode 8. They will have to pay a high price for it. But to save the survivors of Portland, the group will risk everything. Meanwhile, they will face a betrayal that could lead to their plan’s disintegration in the next episode. But who will betray its time? Keep reading to know all the details about the upcoming episode.

The Walking Dead: World Beyond Season 2 Episode 8 Precap: What Happen Next?

The upcoming episode has been titled “Returning Point.” The group inside the CRM facility will set a plan in motion to take down the facility. Meanwhile, a close relationship will be the cost one of the members will have to pay for their plans to succeed.

Moreover, the group will realize that they have a mole amongst them. The betrayal could lead to a failure in their grand plan to take down CRM for the best. Thus, the group will have to do whatever they can to stop the CRM from wiping off Portland in The Walking Dead: World Beyond Season 2 Episode 8.

In the previous episode, Jadis handed over Silas’s custody to Dennis after he showed interest in becoming a CRM soldier. After that, she focused on tracking down the person who stole the vial with Huck. Meanwhile, Dr. Bennett discovered that the vial contained a modified version of chlorine gas. He figured out that the CRM used the gas to wipe out the colonies in Omaha and the campus Colony under cover of a walker attack.

Lyla then told Hope and Iris about her secret zombie modification project in exchange for the vial. She also revealed that the CRM government had no idea about the military’s secret project. After getting the vial back, she exposed Bennett to be the thief and forced him to help her with the research. Soon after, Jaden let her test subject Barca kill Lyla. She also revealed to Huck that Portland would be the next to be wiped out.

The group found out about the plan when Huck told Percy about it in an attempt to save her life. Hope decided to destroy the facility and rescue the scientists to stop the CRM’s plan. Meanwhile, in The Walking Dead: World Beyond Season 2 Episode 7, she found something about her new friend Mason. He turned out to be the son of the CRM leader, Major General Beale.

AMC will air the eighth episode of The Walking Dead: World Beyond Season 2 on November 21, 2021. All-new episodes air a week earlier on AMC+. The network airs each new episode weekly on Sundays at 10:00 p.m. ET, with an estimated runtime of 42-52 minutes. And the final season will have ten episodes.

If you miss the next episode on AMC, you can stream it on Amazon Prime Video, DirecTV, YouTube TV, Philo TV, and Fubo TV. Hence, don’t forget to watch the next episode and keep coming back for more episode previews.