The King’s Affection Episode 13: Ji Woon Finds About Lee Hwin’s Secret, Seok Catches Up With Them! 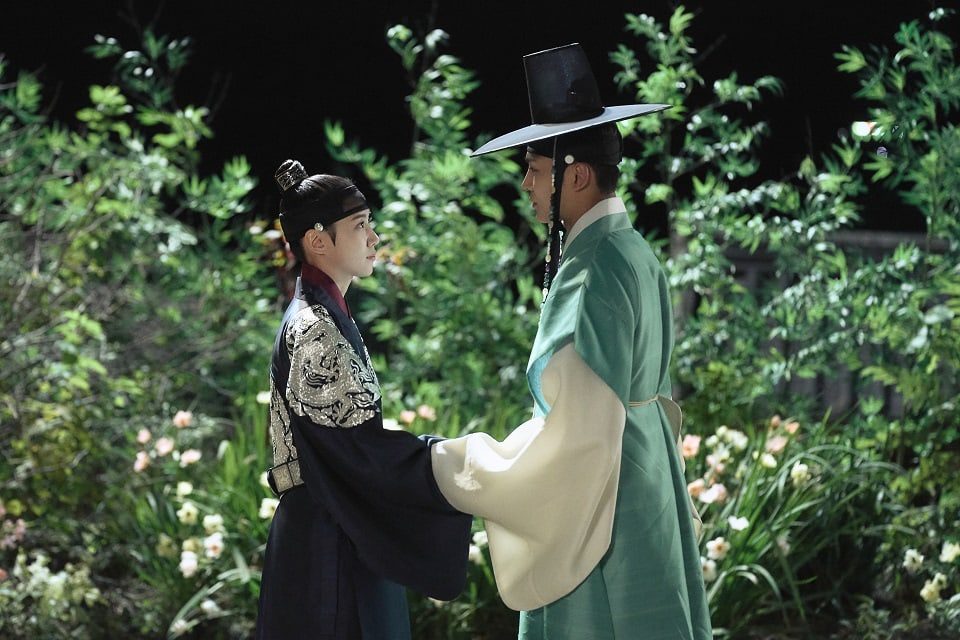 It looks like Ji Woon will deal with Lee Hwi’s big secret in The King’s affection Episode 13. Meanwhile, Seok and his men will continue to look for her. It turns out she might get captured in the next episode. So, what will happen to lee Hwi? Let’s find out.

The King’s Affection Episode 13: Precap: What Will Transpire?

In the upcoming episode, Lee Hwi and Ji Woon’s complicated relationship will face another test. Ji Woon thought of her to be a man. But, her real identity about being Da mi came out in the last episode. Thus, we will find out how Ji Woon feels about it. Will he be relieved, or will things take a turn for the worse?

Lord Sangheon is trying to grab Lee Hwi so he can make her the crown prince again. He wants to dethrone her father and use her to exercise power. It turns out Commander Yoon and Hyun will fight till death to protect Hwi. However, she might get captured eventually in The King’s Affection Episode 13.

With the wedding threatening Lee Hwi’s identity, the King decided to dethrone the Crown Prince in The King’s Affection Episode 12. Instead, he named Da-mi’s half-brother as the crown prince. He did it to protect Da-mi’s identity, as he promised her dying mother to always look after her.

Lee Hwi realized that the King has known about her identity since the beginning. She confronted her father, but he advised her to leave the palace and live her own life. Meanwhile, Ji-Woon sneaked into the palace after hearing the news about Lee Hwi’s dethronement. He met her inside the place as the two shared their first kiss.

Further, in The King’s Affection Episode 12, he insisted on taking her away from the palace and promised to protect her. However, he was still not aware that Lee Hwi was Da-mi. So she told him to leave her behind and focus on his future. She was afraid that if her truth came out, Ji-Woon would also have to bear the punishment. Thus, she decided to let him go for his happiness.

Meanwhile, Lord Sangheon supervised the preparation for Lee Hwi to leave the palace. She met her brother on tea and shared her affection for him. She also tried to talk to her father, but he refused. The King asked Commander Yoon to take care of his daughter when he informed them that all the preparations were done.

Further, Hyun volunteered to lead the company and protect her. It turned out Lord Sangheon and Seok-Jo had a secret plan to kill Lee Hwi. Ji Woon was also following them while Hyun led the company. Soon, Ji-Woon and Hyun both felt something strange as Hyun asked everyone to stop. They were attacked by Seok- Jo. So, Hyun and Commander Yoon ran with Lee Hwi while Seoj-Jo chased them with his arrows. Ji Woon stopped his father with a sword. He demanded that Lee Hwi must return to the palace or Ji Woon ould be framed for abducting her.

At the palace, Lord Sangheon went to see his majesty Lee Hwi read the message her father wrote for her. She soon changed her dress disguised as a woman in the boat with Commander Yoon. Meanwhile, Seok noticed her shoes and told the soldiers to search the women.

When a soldier was about to unveil Hwi, Ji-Woon came in and pretended to be her husband. While running, Lee Hwi was hit by an arrow. However, Ji Woon and her managed to escape deep in the woods where he tried to treat her. She tried to tell him the secret, and it was all revealed when she took off her clothes to reveal her identity. Ji Woon was shocked and relieved at the same time.

The King’s Affection Episode 13 will air on November 22, 2021. KBS2 air two news episodes weekly on Mondays and Tuesdays at 9:30 p.m. KST. In addition, the latest episodes are also available on Netflix. So, don’t miss the upcoming episode.