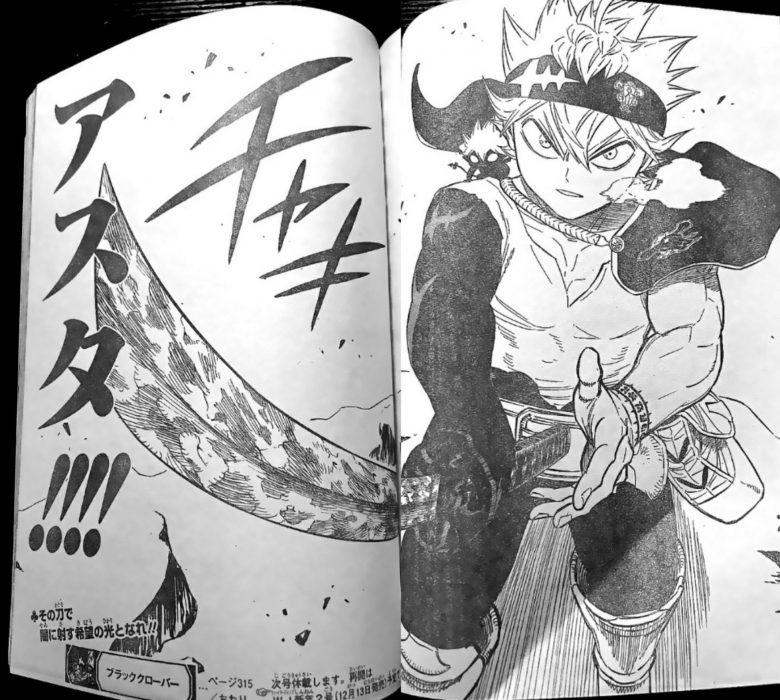 The title of Black Clover Chapter 315 is “Big Decisive Battle.” In this chapter, fans will see Black Bulls facing the ultimate devil. It is the combination of all the devils from the first and the second level. Lucifero merged them by manipulating their body into one giant devil. As a result, this giant devil took the shape of an earthworm. Lucifero combined these devils to form a vessel into which he could manifest.

The moment the king of the devils reaches the land of humans, it will be over for everyone. Therefore, now the Black Bulls have to stop this manifestation by saving Captain Yami and William. However, this vessel is mighty, and it won’t be easier for anyone to stand against it. So, will Black Bulls be able to defeat Lucifero in his incomplete form? Here is everything to know.

The forthcoming chapter of the BC manga series will open with the Ultra Giant Black Bulls attacking the earthworm form of Lucifero. Despite the fact that the transformation only started, Lucifero is way too strong. He will use the gravity magic that will prevent everyone from standing near him. His curse energy is also too much for Gordon to absorb. The vice-captain of BB, Nacht, will figure out that they will be able to stop Lucifero if they save Yami and William first. He will also warn everyone that they must prevent the king of the devils from coming into this world.

In Black Clover Chapter 315, all the members of the Black Bulls will show their unshakable resolve to save their captain. As a result, they won’t budge even a little despite the immense power of Lucifero. Because of the devil’s powers, no one will be able to stand properly, but all of them will still say, “It’s all right.” Asta will use Yami’s katana in order to become the light of hope that shines in the darkness.

The 314th chapter of Black Clover opened with Melereona overpowering the ancient demon and dominating him in the battle. She revealed that the more she would Hellfire Incarnate, the hotter it would get. After that, she landed the decisive blow of the battle and vanquished the demon. Then the chapter revealed that Lucifero only used Morris as a human sacrifice. He sacrificed his body and thanked him for his hard work in order to open the second gate of the underworld.

This sacrifice will accelerate the process, and now the gates will open even faster. Lucifero combined all the devils from these two levels into a solid mass to create a vessel for him to manifest. After seeing the ultimate devil, every single member of the Black Bull went on attack mode and punched the earthworm-shaped devil using the Ultra Giant Black Bull.

The raw scans of the forthcoming chapter reveal that the manga series will go on a break after this week. Fortunately, the next chapter will release according to its schedule. Black Clover Chapter 315 is all set to come out on Sunday, November 28, 2021. The latest chapter of the Black Clover manga series will be available on Viz Media and Shueisha.