Shitsel Season 4: Renewed Or Canceled? American Reboot In Works, Know What’s In Future For The Series 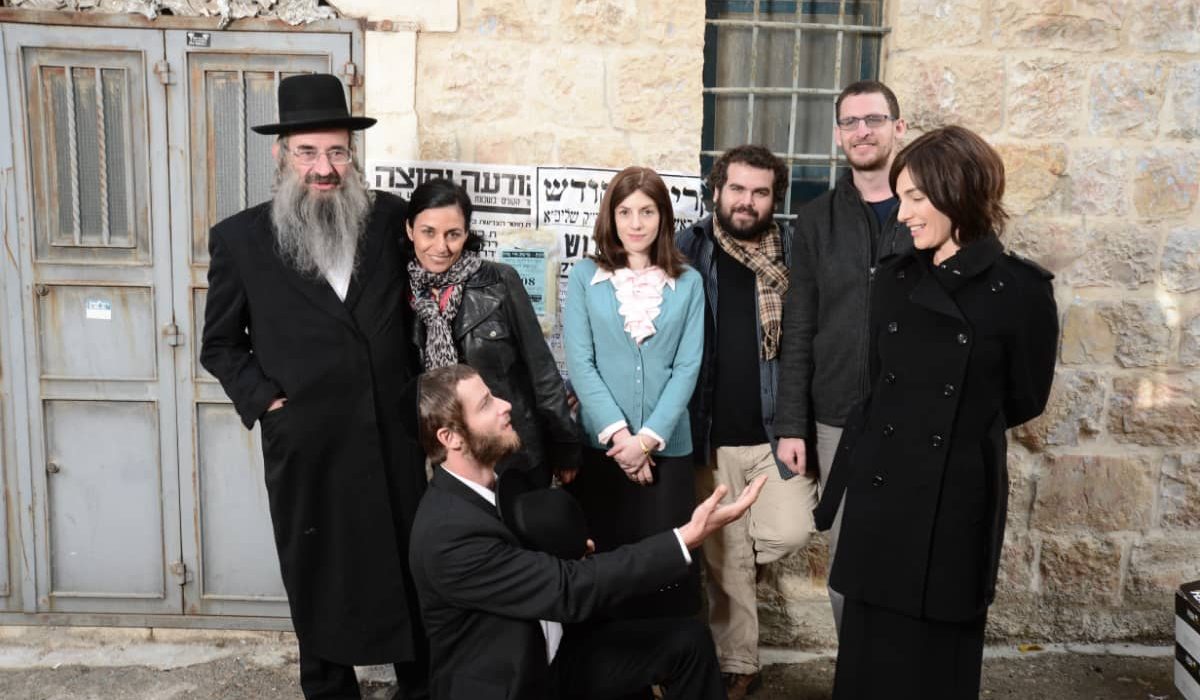 The third season finale of Shitsel premiered on Netflix earlier this year. And since then, the Israeli TV series fans have been eager to find out when Shitsel Season 4 will drop on Netflix. Although, the big question that is stuck in their mind is, is the next season of Shitsel on the cards? What is the future of the series? Let us find that out-

Shitsel is an Israeli TV drama series that first aired in 2013 on the Israeli network yes Oh. And due to the excellent fan response towards the first season, Netflix picked up Shitsel in 2018. The show revolves around the Shitsel family living in the Haredi neighborhood of Jerusalem. It progresses as some open-minded family members adjust to their conservative and orthodox community. Their unusual life decisions cause drama in the series. The viewers follow the family closely as they go through the ups and downs of life together.

Created by Ori Elon and Yehonatan Indursky, Shitsel landed on the streaming platform Netflix in 2018. It received a positive response from the critics for the accurate yet nonjudgemental depiction of the Haredi community. The show also features evenly placed light-hearted and subtle humor. Shitsel is also praised for its relatable portrayal of themes of romance, family, flaws, and vulnerabilities.

What Will Shitsel Season 4 Be About?

In Shitsel Season 3, fans saw Ruchami and her baby struggling for their lives. Meanwhile, Lippe swears to atone and change his ways. Fans also saw Shulem spending some time with Akiva and Nukhem before they both left. In addition, Akiva has finally accepted Racheli into his life. He and his small daughter go live with Racheli. And things between Nechama and Nukhem are good, maybe because of Shulem. Finally, the episode ended with Ruchami welcoming a baby girl into the world.

Now, if The Shitsel Season 4 returns, then it might show us Giti and Lippe settling their issues, as well as whether Lippe keeps his word or not. Fans will also find out how Yosa’le’s romantic life unfolds. By the end of the third season, the brothers Shulem and Nukhem had worked out some of their differences, but their relationship remained centrally difficult. As a result, if the show gets renewal and returns for a fourth season, then fans can expect more tension between the brothers.

Shitsel Season 3 was released in Israel on yes Oh, in December 2020. However, the global release date of the third season on Netflix was March 25, 2021. And all the nine episodes of the season were released altogether.

As far as Shitsel season 4 is concerned, unfortunately, there has been no official announcement from yes Oh or Netflix as of yet. Meanwhile, the third season’s production also suffered some setbacks due to cost issues. In addition, there was some turbulence among the show’s producers and actors regarding the contracts.

In December 2020, showrunner Ori Elon revealed that they are exploring the ideas for Shitsel Season 4, and nothing is final yet. He also mentioned that he is in the middle of writer’s block and can’t decide which direction the fourth season should head. However, he added that he is hoping for at least two more seasons of the series.

As of now, Shitsel Season 4 is hanging in the middle, and it is soon to say what will be the future of the series since the show enjoys a fairly large fanbase on Netflix. Everything now depends on the producers and the creative team of the series. If things work out for good, then fans might get Shitsel Season 4 sometime around early to mid-2023.

Meanwhile, if you are a Shitsel fan and feeling upset with the news of an unlikely Shitsel Season 4, here’s some good news to cheer you up. There have been reports that an American iteration of Shitsel is already in the works. The American version of the family drama will be written by Lauren Gussis and directed by Oscar winner Kenneth Lonergan.

Who Will Return For Next Run?

Shitsel features a talented star cast. Shtisel patriarch, who works as a rabbi in a cheder, is played by Doval’e Glickman. Michael Aloni portrays Akiva Shtisel, Shulem’s son who works in a cheder as a teacher. In addition, Neta Riskin plays Giti Weiss, and Ruchami Weiss plays Shira Haas. Furthermore, Sarel Piterman, Orly Silbersatz Banai, and Zohar Strauss also star as Zvi Arye Shtisel, Aliza Gvili, and Lippe Weiss, respectively. And most of these cast members are expected to return when and if Shitsel Season 4 gets a renewal. So, stay tuned with us for more updates.