The Sex Lives Of College Girls Season 2: HBO Max Confirmed Renewal, Girls Having MORE TO DO In Next Season 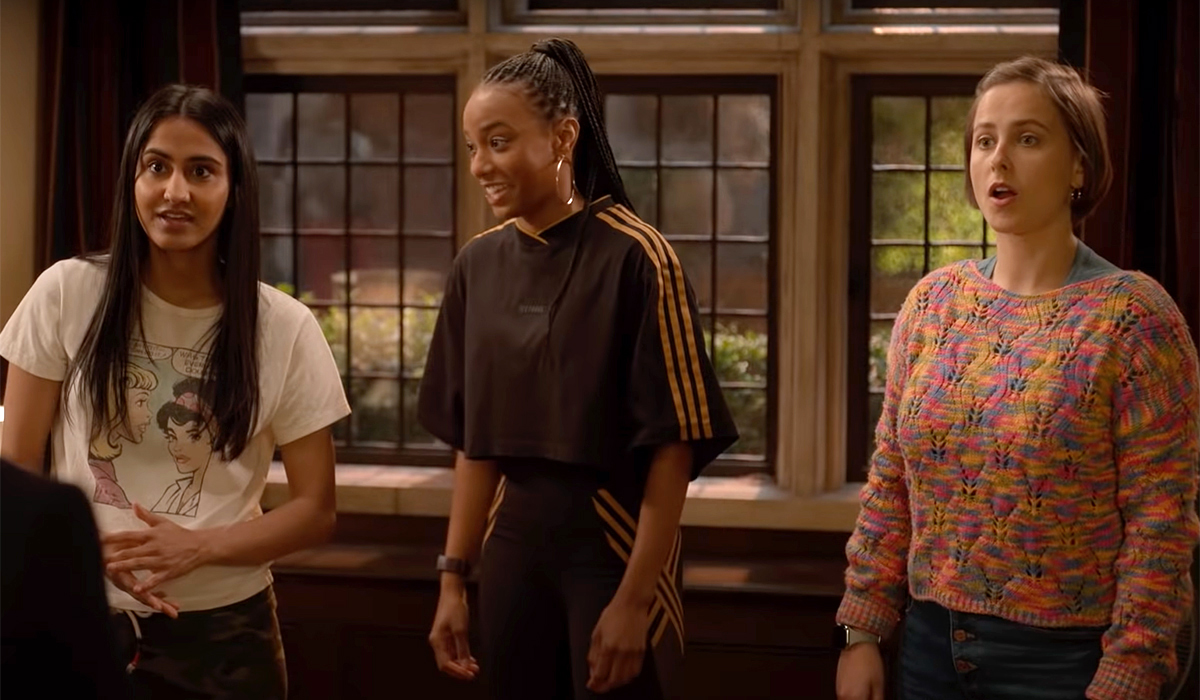 The Sex Lives Of College Girls is a teen coming of age drama series that premiered in November 2020. The series revolves around four roommates in their first year of college. The four girls Kimberly, Bela, Leighton, and Whitney, start a new journey while going through the adventures of college life. They navigate through romantic relationships, friendships, insecurities, and obviously their sexuality. Created by Mindy Kaling and Justin Noble, the series has received praise for its depictions of young adulthood and issues around it. The show also garnered an extensive fanbase with its drama and humor.

The debut season of The Sex Lives Of College Girls aired on December 9, 2021. And fans have been wondering whether the show will return for more seasons or not. If you are among those fans, we have some good for you.

Given the largely positive response towards the first season, HBO Max has announced that the show will return for The Sex Lives Of College Girls Season 2. The announcement came out on December 7, two days before the premiere of the season finale. While announcing the good news, HBO Max’s Head of content Sarah Aubrey praised the show. As per her, the network is delighted that the comic, honest portrayal of the college condition has resonated for everyone, whether they had sex in college or not. And they can’t wait to see where these uniquely complex yet relatable characters will go next.

The first season of the sex comedy series showed us the fours girls adjusting to college life. While Whitney and Leighton started their college with soccer and studies, Bela and Kimberly chose to kick off their freshman with naked parties. Whitney, who first started dating Dalton, later connected with Kimberly’s co-worker Canaan.

Leighton and Alicia found each other. However, things did not work out between them, as Leighton was secretive about her sexual identity. Leighton revealed to Kimberly that she is gay when Kim was soothing her. Meanwhile, Ryan was kicked out of the team after Bela and others confronted him for his behavior. On the other hand, Kimberly faced the consequences of the cheating exam. Although she was not rusticated, her scholarship got canceled.

Now, The Sex Lives Of College Girls Season 2 will likely continue after the end of the first season. Leighton would find herself in a more comfortable space after accepting her sexual identity to Kimberly. Moreover, something would reignite between Alicia and Leighton if she decides to come out of the closet.

On the other end, Kimberly will be struggling after her scholarship is revoked. And Whitney and Canaan may get more closer. It also looks like Bela and Eva will probably start their comedy club in The Sex Lives Of College Girls Season 2. So don’t miss out on the next installment of the show and stay tuned with us for more updates.