The Silent Sea Season 2: Will Netflix Renew The Kdrama For Next Season? Know All Updates 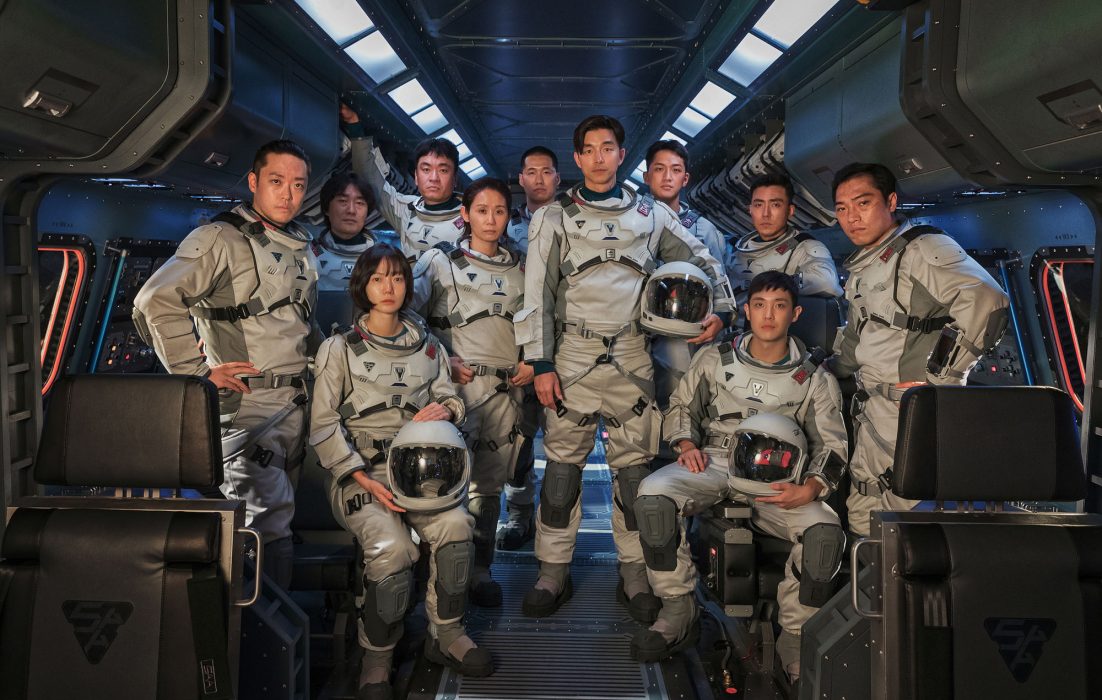 Netflix’s sci-fi thriller K-drama The Silent Sea has recently hit the screens on December 24, 2021. However, the talented star cast and intriguing storyline have left the fans wondering about The Silent Sea Season 2. The K-drama miniseries has been inspired by Choi Hang-yong’s short film, The Sea of Tranquility. So far, the series has been rated 7/ 10 on IMDB and 8.2/10 on MyDramaList.

The Silent Sea is set in the near dystopian future, where the planet is suffering from extreme food and water scarcity caused by desertification. Han Yun-Jae, a soldier at the space agency, and his trusted crew, including Song Ji-an, are sent on a mission to the moon. Their mission is to retrieve a sample from a secluded space station. The space crew eventually managed to find a solution to the planet’s water issue at the end of the first season. So, will The Silent Sea return for season 2? Let’s find out!

The first installment of the sci-fi K-drama premiered recently on Netflix. Although the initial viewership stats and ratings are quite promising, Netflix will wait to make a decision about the show’s future. Thus, the second season has not been renewed yet. But, if the stats continue to rise, then fans can expect a renewal in a couple of months. Thus, fans might have to wait a little while to get a confirmation about The Silent Sea Season 2.

How Did The Previous Season End?

Song began vomiting water in the previous season’s finale. However, she recovered after Luna bit her. The crew agreed that the lunar water was dangerous. However, it could be the key to humanity’s salvation. Unfortunately, if they took Luna to Earth, she would always be considered an experiment. Thus, Song suggested taking luna to a neutral territory at the International Institute of Space Biology. They wanted to solidify luna’s safety and ensure that the lunar water could be shared with everyone.

Unfortunately, the station began to collapse due to lunar water flooding. Han and Gong sacrificed their lives to help Luna, Song, and Hong escape to safety. When they left the space station, the crew realized that Luna could survive the moon’s atmosphere without a spacesuit. Eventually, a rescue team picked the surviving crew and the samples in the finale.

Now, The Silent Sea Season 2 might deal with Luna’s situation and the mystery surrounding these samples. Moreover, a fight might ensue regarding lunar water in season 2. However, the crew will have to do everything to protect Luna and ensure an equal division of lunar water throughout the planet.

Who Could Return For Next Season?

The lead cast members, including Bae Donna as Doctor Song Ji-an, Gong Yoo as Han Yoon-jae, and Lee Joon as Lieutenant Ryoo Tae-seok, are expected to return for The Silent Sea Season 2. In addition, Kim Sun-young, Kim Si-a, Lee Sung-wook, Choi Yong-woo, Heo Sung-tae, and Gil Hae-yeon could also join the cast. Some new cast members would also appear in the next season. But fans need to wait a while to get all the official updates from the streaming giant.

The Silent Sea Season 2: When Does It Return?

Netflix might renew the second season by February 2022, considering the first installment’s positive response. Thus, if a renewal comes soon, then fans can expect the network to air The Silent Sea Season 2 by the end of 2022. Moreover, the next installment might have a similar episode count of 8. So, stay tuned for more detailed news updates about your favorite TV shows.