The Book Of Boba Fett Episode 2: Fennec Questions The Assailant While Boba Recovers From The Attack! 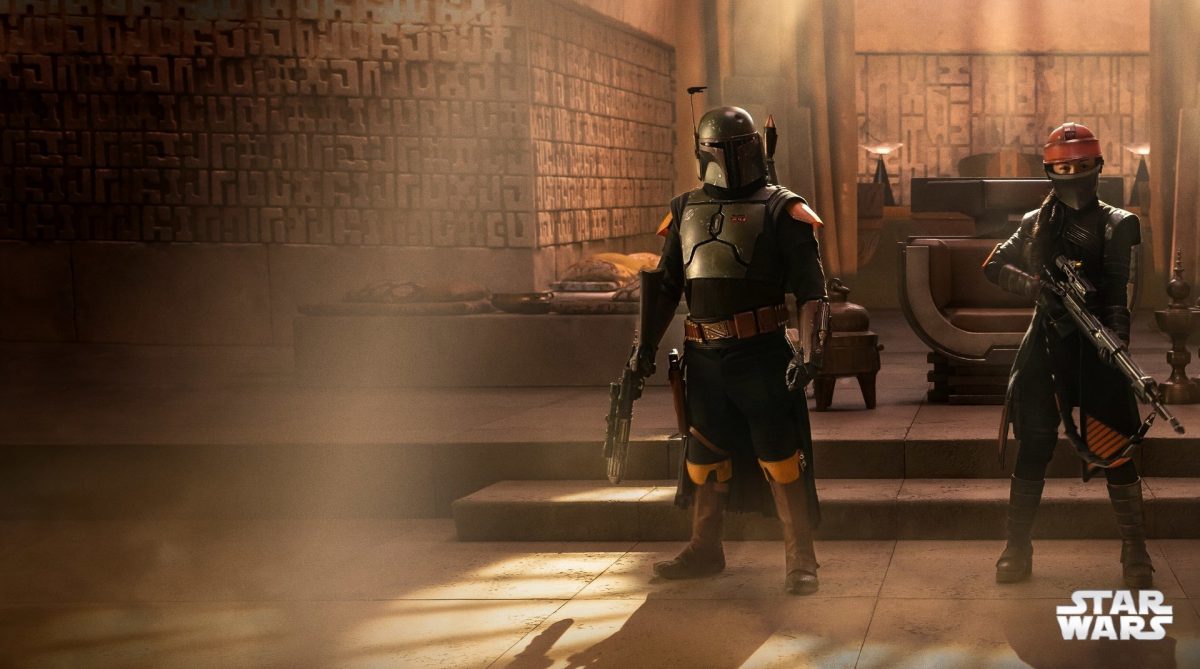 It looks like Boba is still weak and needs the assistance of the healing system in The Book Of Boba Fett Episode 2. A group of assassins attacked him in the previous episode, and Fennec has succeeded in capturing one of them alive. Moreover, fans will find out who ordered the attack and how Boba freed himself from the Tusken Raiders. Hence, continue reading to learn all the updates about the second episode.

The Book Of Boba Fett Episode 2 Precap: What Will Happen?

Unfortunately, Disney+ has not revealed many details about the second episode. However, viewers can expect the Tuskan story to continue as Boba managed to win over the Tusken group’s leader by killing the monster. Meanwhile, it will reveal the reason behind Boba’s weakness and his need for a healing system.

Also, Fennec will bring that assassin back to the palace. It seems like she will question and torcher him to find the truth behind their attacker. However, mayor Majordomo could have sent these assassins after Boba refused to pay his messenger previously.

The premiere episode of The Book Of Boba Fett was titled “Chapter 1: Stranger in a Strange Land.” In the first episode, Boba Fett woke up to find himself inside the belly of a Sarlacc along with a dead Imperial Army Soldier. He blasted his way out of the demon’s belly and fell unconscious soon after.

Soon after, the Jawas came on the spot in the middle of the desert and stole Boba’s Mandalorian armor. While he was left to die in the dreadful conditions in Tatooine’s desert, the Tusken Raiders found him and held him captive. He tried to escape, but he failed, and the raiders beat him down.

Next, the Raider kid took him and another captive to dig for water pods in the desert. However, a big monster rose up from the same. The weak Boba Fett did not give up and slew the monster before it could kill the Raider kid. Soon after, Fennec Shand woke up Bobba Fett while he recovered his strength in a water-bound machine.

It turned out that Boba was reliving the incident in his dream. Years later, Boba Fett and Fennec took over Hutt’s criminal empire on Tatooine and Jaba’s palace and became the new crime lords. They received offerings from local business people on Tatooine and hired two loyal Gammorean guards.

Further, Fett, Fennec, and the guards paid a visit to the Sanctuary, a Mos Espa cantina managed by Garsa Fwip. The slaves at the cantina take their helmets away to clean and return with coins filled in them. As they left the cantina, the group was attacked by some assassins. They managed to fight them off, but Boba took some blows and had to return to the palace.

Fennec Goes Behind The Escaping Assasins

Meanwhile, he ordered Fennec to catch one of the assassins alive. While Fennec pursued the killers on rooftops, Boba went back to the healing machine and remembered the Tusken kid taking the monster’s head back to the camp and showing it off. Soon after, the Tusken leader gave him a pod of water to drink in The Book Of Boba Fett Episode 1. Fennec killed one assailant and took another one alive to find who ordered the attack on the new crime lords of Tatooine.

Disney+ will air The Book Of Boba Fett Episode 2 on January 5, 2022. The network will air a new episode weekly on Wednesdays at 3:00 a.m. ET. In addition, the first season will have a total of seven episodes, each with an estimated runtime of around 35-40 minutes. The show is exclusively available on Disney+. So, don’t miss the second episode and keep returning for more thrilling episode previews.