The Marvelous Mrs. Maisel Season 4: Will Abe Review Midge’s Act? How Will Midge Save Her House? 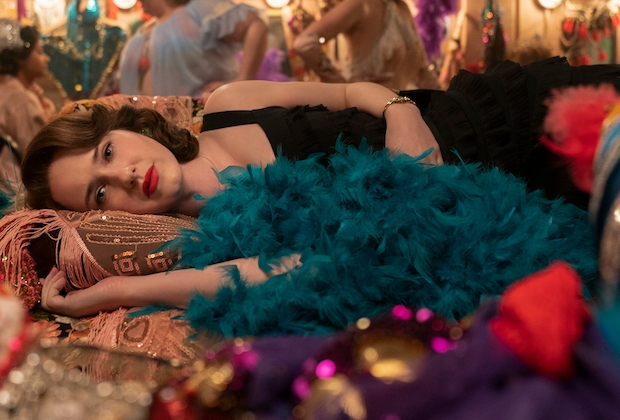 Fans have been waiting for the return of Midge Maisel on her quest to become a standup comic. And you are not alone because everyone is. There has been a lot of buzz about the fourth season of this Amazon Prime comedy-drama. And as the season is coming closer, fans are running out of theories and speculations to discuss The Marvelous Mrs. Maisel Season 4. Nonetheless, we are here to provide you with your dose of Mrs. Maisel Stuff.

The Marvelous Mrs. Maisel is Amazon Prime Video’s comedy-drama series that first hit the screens in 2017. The drama series created by Amy Sherman-Palladino stars Rachel Brosnahan in the titular role of Midge Maisel. Mrs. Maisel is an ordinary Jewish housewife in 1950s American. One night Midge learns that her husband has been cheating on her. And a devastated Midge gets over drunk and cracks some joke at a club. However, the incident makes her realize her potential as a standup comedian, and she starts pursuing her dream.

The first three seasons of the comedy series have been widely acclaimed. The audience has loved the light-hearted comedy-drama for its relatable characters and humor. Consequently, The Marvelous Mrs. Maisel has been among the most successful ventures of the on-demand streaming service. And fans are tirelessly waiting for a much anticipated The Marvelous Mrs. Maisle Season 4.

In the previous season, Midge was in big trouble. She used the tour contract as the guarantee to buy the house. However, as the contract is now null and void, her house purchase is also in jeopardy. But there is a chance that Midge’s parents might have the thigh working out for them.

The job of a theater critic at The Village Voice used to be well paying at a time. However, fans have been speculating that fate might put the father and daughter duo in an unusual situation. There is a chance that the new job Abe has taken might lead him to review some of Midge’s comedy acts. We don’t know if it will happen for sure, but we do know that it will be super fun to watch in The Marvelous Mrs. Maisel Season 4.

It has been over a couple of years since the third season of the series arrived on Amazon Prime. The streaming service greenlit the fourth season in December 2019. However, Covid 19 has been a significant obstacle in the production, resulting in the delay of the fourth season. But it is all in the past now. The good news is that the filming for The Marvelous Mrs. Maisel Season 4 is complete, along with the post-production. And we are getting close to the release date.