Home Entertainment This Is Us Season 6 Episode 3: The Dads Try To Get Closer To Their Children In “Four Fathers”!
Entertainment News TV Shows

This Is Us Season 6 Episode 3: The Dads Try To Get Closer To Their Children In “Four Fathers”! 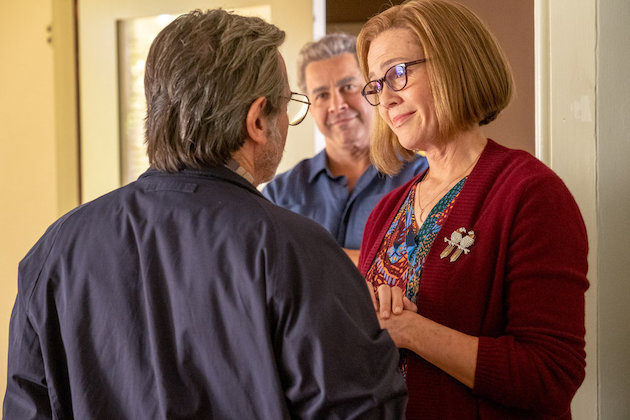 It seems like the show’s fathers will be in focus in This Is Us Season 6 Episode 3. Jack, Randall, Toby, and Kevin will struggle to create a bond with their children. Moreover, Sally might consider divorce while Miguel takes care of Rebecca. So, continue reading to know all the aspects of the third episode.

This Is Us Season 6 Episode 3 Preview: What Will Happen?

The third episode has been titled “Four fathers.” Jack, Randall, Kevin, and Toby will struggle to communicate and connect with their children in the next episode. Moreover, viewers will get to know more about how Nikky came to meet his flight-attendant wife in This Is Us Season 6 Episode 3.

Also, Rebecca and Miguel will spend some more time together as fans find more about her contribution to the family in the next episode. Also, Sally might look for a way to deal with her unhappy marriage while we see more of Deja and Malik’s romance.

The second episode of This Is Us Season 6 was titled “One Giant Leap.” Deja visited Malik at Harvard without informing her family. She told Malik that she was ready and wanted to have sex with him. Meanwhile, Nicky, Miguel, and Rebecca joined Sally and her husband for dinner. Sally reminisced her past memories with Nicky while confessing how unhappy she was with her marriage. Moreover, she also had a heart-to-heart conversation with Rebecca about growing old.

Further, Miguel assured Rebecca that he was committed to his vow of being with her in sickness and health. Nicky felt ready to move on and decided to return to Pennsylvania. Meanwhile, Rebecca and Miguel went salsa dancing, something Rebecca loved but had not done for a long time. In the future, Nicky’s wife, Edie, arrived at the cabin. She is a flight attendant whom he met on his flight home from LA in This Is Us Season 6 Episode 2.

This Is Us Season 6 Episode 3: Airing Date

The third episode of This Is Us Season 6 will air on January 18, 2022. NBC airs a new episode weekly on Tuesdays at 10:00 p.m. ET. Also, each episode of the final season will have 45 minutes of estimated runtime.

If you miss NBC’s broadcast, you can stream the third episode on the network’s website and the NBC app. Moreover, season 6 is also available on DirecTV, Fubo TV, Sling TV, YouTube TV, Xfinity Stream, and Hulu+Live. So, stay tuned for more thrilling episode previews, and don’t miss out on the upcoming episode.