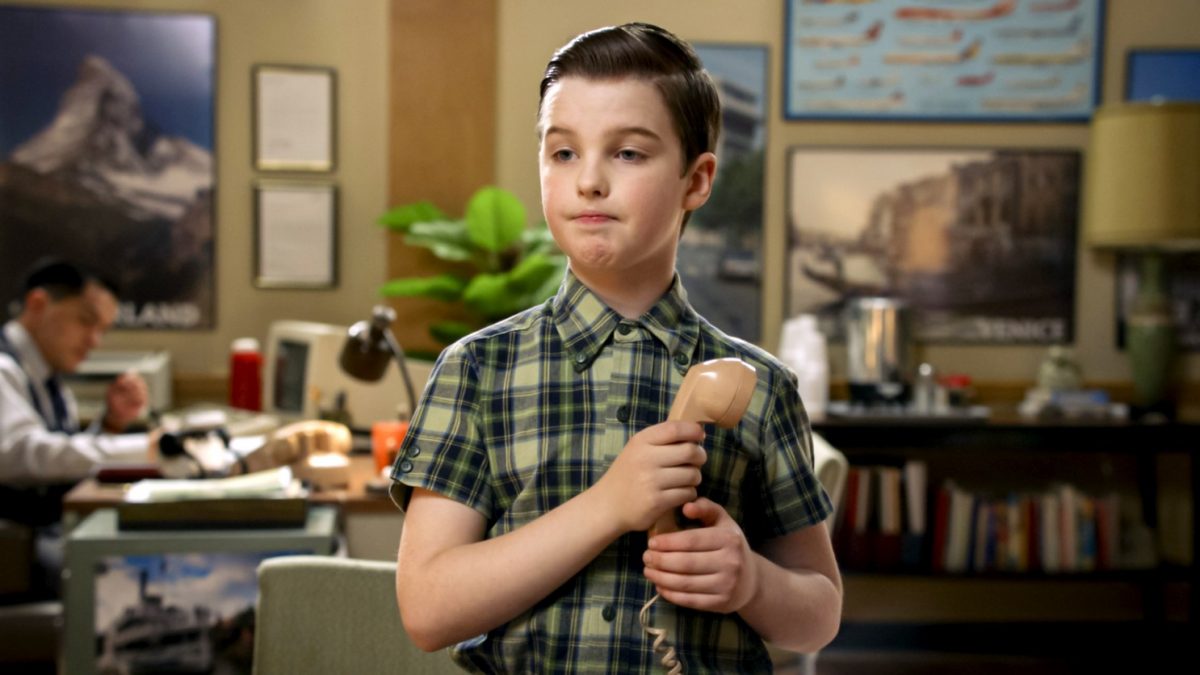 It looks like Sheldon will be making some new friends in Young Sheldon Season 5 Episode 13. He will hang out with his dorm neighbors, who will introduce Sheldon to a game that stayed with him all his life. However, Mary might not like Sheldon being involved in a devilish game. Moreover, George might find himself in a spot of bother in the next episode. Hence, keep reading to know all the updates about episode 13.

The upcoming episode of Young Sheldon Season 5 is titled “A Lot of Band-Aids and Cooper Surrender.” Sheldon will be spending more time at the college dorm in Episode 13. He will become friends with his dorm neighbors as they will introduce him to Dungeons and Dragons. However, Mary is religious and does not want any devilish influence on her children. Thus, it will be thrilling to see what happens when Mary finds out about the game.

Further, George will realize that he might lose his job. Thus, he will make all the efforts to stay in the school’s good books so he can continue his job there. However, it looks like he will have to work hard to keep his position in the upcoming episode.

In the previous episode, Mary ran into Mr. Lundy, who was commuting in a pink Cadillac. Mary complimented his beautiful car when revealed that he raised the money from selling Mary kay makeup products. Moreover, Mr. Lundy talked her into selling the products for him. She could not say no and managed to get her first sale to librarian Ms. Hutchins.

Mr. Lundy also convinced mary into selling the products at her church group. She was reluctant but eventually accepted his idea. Mary succeeded in selling a plot of products to the woman at her church group. Unfortunately, she had a guilt-ridden dream at night and decided to quit selling.

Meanwhile, Sheldon came back home from college for Spring break. He heard about a three-day convention and wanted to go straight away. So, Sheldon requested the adults to go with him, but everyone refused. He then got furious and decided to go alone. Sheldon sneaked out without anyone’s knowledge and took a bust at the convention.

He met his old science teacher, Mr. Givens, there and someone from the local comic store at the comic convention. The trio debated the pros and cons of Lost in Space, Star Trek, and The Next Generation. Sheldon ultimately enjoyed the experience he had at the fest. Unfortunately, he got in trouble when his parents found out in Young Sheldon Season 5 Episode 12.

CBS will air Young Sheldon Season 5 Episode 13 on January 27, 2022. The network airs a new episode weekly on Thursdays at 8:00 p.m. ET. And each episode of the current season will have 19-22 minutes of estimated runtime.

If you miss CBS’s broadcast, you can stream the upcoming episode on the network’s website and Paramount+. Moreover, the fifth season can also be viewed on DirecTV, Vudu, Fubo TV, YouTube TV, Hulu+Live, and Amazon Prime Video. So, don’t miss out on episode 13 and keep coming back for more exciting episode previews.