The Wheel Of Time Season 2: Stars Spill What To Expect! Renewed For Two More Seasons 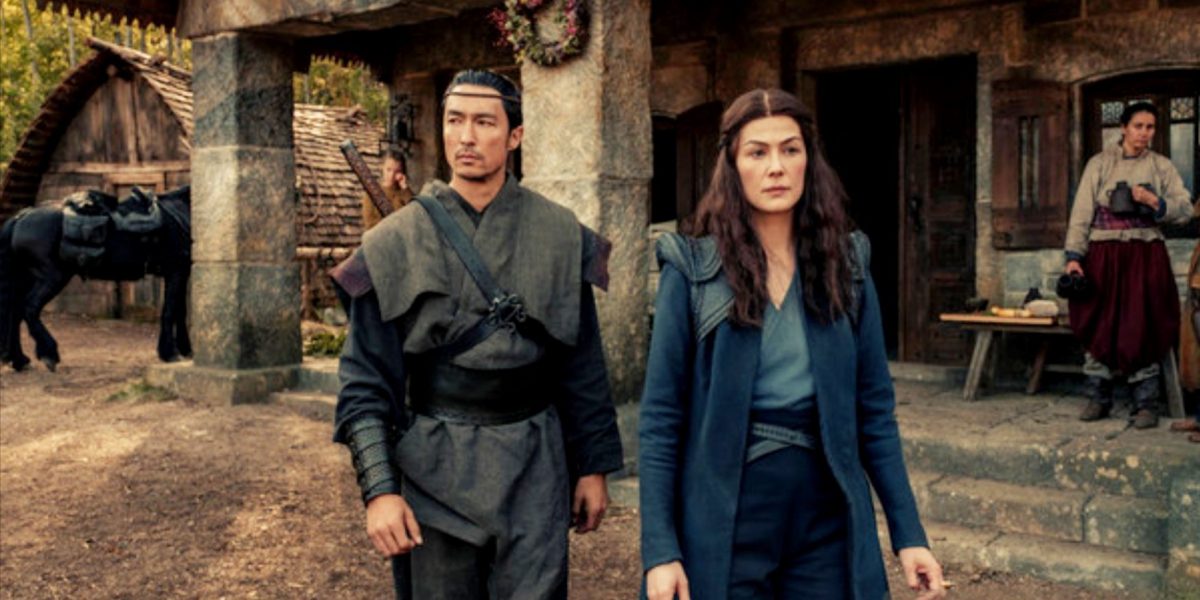 Even though The Wheel Of Time just aired back in November 2021, fans are eagerly waiting to know more about The Wheel Of Time Season 2. The series showrunner Rafe Judkins recently spilled the beans about when fans could expect the second season on their screens. Apart from that, many series stars revealed how things would move in the upcoming season, leaving a place for the fans to brainstorm some theories. So, here is everything you need to know about season 2.

Based on Robert Jordan’s fantasy novels, the series follows a wicked woman named Moiraine, who is a member of the Aes Sedai, one of the powerful organizations. The group can channel the One Power. However, with Lan and Warder’s help, they seek a group of five young villagers of the secluded Two Rivers. They believe that one of the young villagers is the reincarnation of the Dragon who had broken the world. Now they think that either the prophesied can save the world from evil named the Dark One or once again break it.

The Wheel Of Time Season 2: Is It Renewed Yet?

Fortunately, we have delightful news for the fantasy series’ fans. Back in May 2021, Amazon announced the news of renewing the show for The Wheel Of Time Season 2. The news came ahead of the first season’s premiere. To which the series showrunner Rafe Judkins said that “the belief Sony Pictures Television and Amazon Studios have shown in The Wheel Of Time is incredible”. He continued that getting a second season even before the first season could air is amazing. They couldn’t be happier enough to continue working on the show for The Wheel Of Time Season 2.

Vernon Sanders, Co-Head of Television at Amazon Studios, also added that The Wheel Of Time is a remarkable work from Robert Jordan. Hence, the approach Rafe and his team d one to bring something special to the audience around the world is amazing. Further, Vernon said that they wanted their audience to be delighted with the second season. Jeff Frost, Sony Pictures Television’s president, also appeared excited to bring such a brilliant project to the screen. Jeff also appreciated Rafe and his team for bringing the magic back.

In the finale of the first season, we saw Lan telling Nynaeve that he would hate the man whom she would date as he wanted to spend his life with Nynaeve. But their romance was short-lived. However, stars Zoe Robins and Daniel Henney recently told Inverse how things would unfold in The Wheel Of Time Season 2. Zoe revealed that their adaptation is quite different from the book- as the couple will explore different dynamics in the upcoming season.

Well, in the finale episode, Tarwin’s Gap magic burned Nynaeve. To which Zoe revealed that Egwene’s healing magic will save her, but she will return with scars. She will deal with plenty of trauma, physically and emotionally. Now, Nynaeve would keep growing and expanding. So in the upcoming run, fans will see her growth. There, she will battle with her insecurities. She will also learn about her true destiny.

New Side Of Lan

Speaking with Inverse, Daniel Henney revealed that in The Wheel Of Time Season 2, he will oscillate between finding his own path and following Moiraine’s path. Daniel revealed that he would ask some questions himself about where he belongs in this world. Well, the first season focused on the dynamic he and Moiraine had. And that will continue in the upcoming season as well. But he might continue his journey all alone, finding his true path.

Henney said in an interview that Lan is the kind of boy who has no home. His journey revolves around Moiraine as her guardian, protector, friend, and confidant. He said fans could call their relationship platonic as it is a different kind of love with no sexual contact. Further, in The Wheel Of Time Season 2, Lan will come to know that he is a “Warder,” a unique class of warriors whom Aes Sedai choose as their protector and bodyguard.

The Wheel Of Time Season 2: When It Could Air?

Recently, the series showrunner revealed that The Wheel Of Time Season 2 would return after The Lord Of The Rings: The Rings Of Power will wrap up airing. As per the news, The Rings Of Power will air later on September 2, 2022. It gives us the rough idea that The Wheel Of Time Season 2 will air sometime in 2023. So, don’t miss out on all the updates about your favorite Tv shows, and stay tuned.