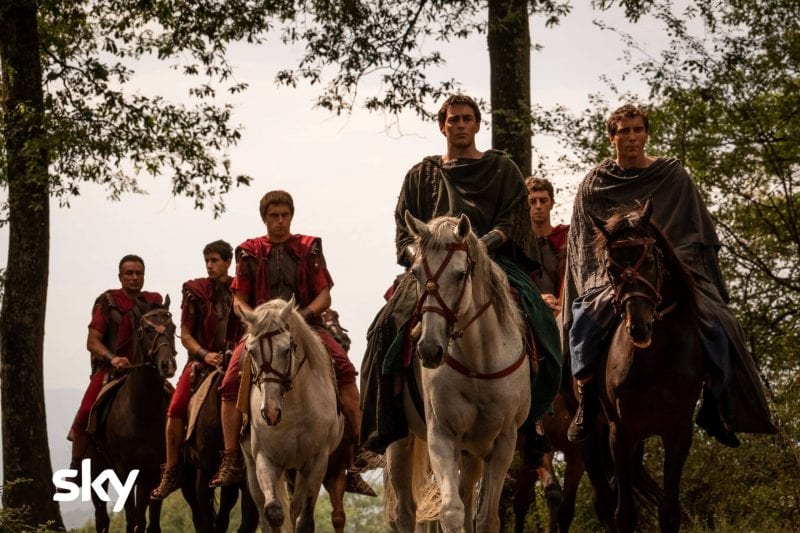 There have been countless amazing historical drama series over the year, but the genre has still maintained its prestige. Sky network’s Domina is another fantastic addition to the list of shows in the genre. The first season of the series created by Simon Burke revolves around the power struggle in Ancient Rome. Fans have been waiting for the second season ever since the premiere of the first season, and now they have the good news as the has been renewed for Domina Season 2.

The first season of the historical drama series was released for the American audience on June 6, 2021. And we have some delicious news for the fans. The network has renewed the series for Domina Season 2. Talking about its renewal, executive producer Lucy Bedford stated, “We’re delighted that Simon Burke’s powerful Roman family saga will return for a second season on EPIX with an ensemble cast and even more riveting plotline.”

She also added, “Season two will plunge us back into the intrigue and corruption of ancient Rome, as the indomitable Livia Drusilla fights to maintain her position in a world in which the quest for power is pursued at any cost. This time Livia’s hands will get very dirty, and the price will be higher than even she can imagine.” As per the reports, the production of Domina Season 2 will begin in Rome in early 2023. Hence fans will have to wait for a while before the second comes to their screens.

What To Expect From Domina Season 2?

At the end of the first season, viewers saw Livia and Gaius holding authority over Rome. Meanwhile, the differences between because of the killing of Marcellus Gaius’s nephew were also solved and bear no malice. As a result, Octavia and Scribonia are not concerned about their reunion. The couple has made several enemies in their quest for power.

Nw, when the series returns for Domina Season 2, it will continue the story after the power struggle of the first season. The second season will reveal what’s next for Livia and Gaius. They have gained a lot of power in the first season. However, they also made a few enemies, and they were not indestructible.

According to ancient records, Tiberius, Livia’s son, succeeded Augustus as Emperor after his father died in 14 AD. We also know that Livia has involved in Gauis’ daughter Julia’s exile and the events that followed, which altered the political climate in Ancient Rome. As a result, a future Domina Se ason 2 might focus on these historical occurrences.

Is The Based On Real Story?

‘Domina’ is, in fact, based on a true story. Simon Burke developed and wrote the series as a tribute to one of the ancient world’s most influential female figures. The series’ writer fully acknowledged Livia Drusilla’s prominence in ancient Roman culture and world history. The Empress, in his perspective, was a “game changer” for women who followed in her footsteps. The creators desired a historically realistic show. Therefore, the creator conducted an extensive study to recreate the era as accurately as possible.

Burke revealed that several of the show’s characters are made up, including Livia’s chained companion Antigone and the brothel owner Balbina. These characters were created to add to the story’s dramatic element. Marcus Livius Drusus Claudianus, Gaius Julius Caesar, and Tiberius Claudius Nero, three of the series’ primary protagonists, are based on actual figures. The Roman civilization is portrayed as an indulgent and decadent utopia, much like modern-day culture, and part of this is definitely accurate.