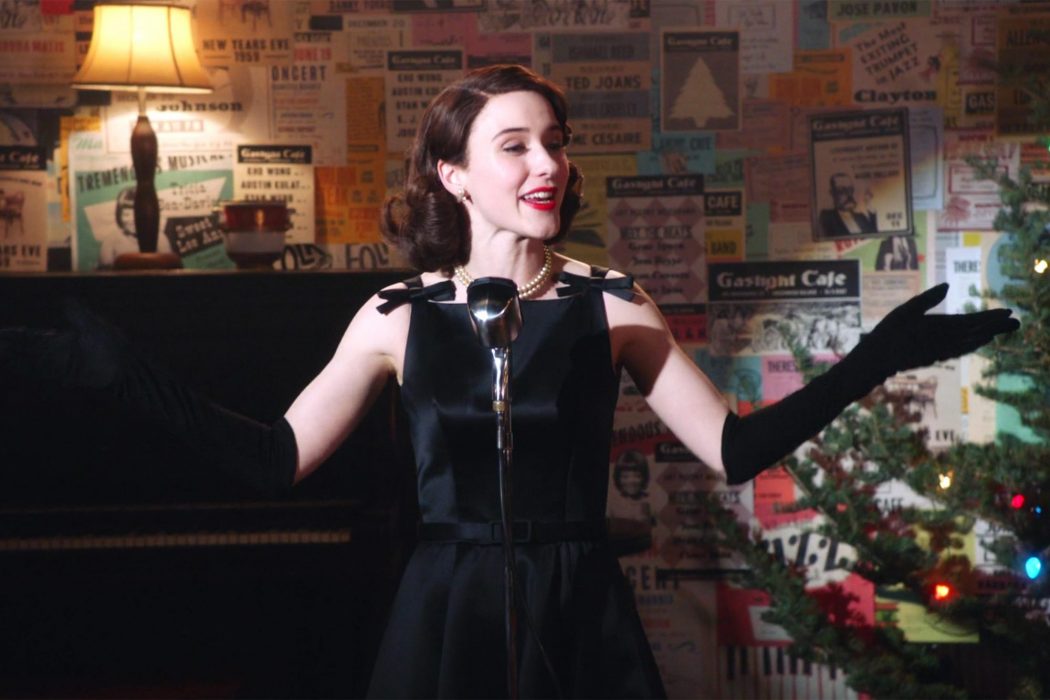 Fans have been religiously following Midge Maisel on her quest to become a successful standup comic for four seasons of Amazon Prime Video’s The Marvelous Mrs. Maisel. Now since the fourth season is done and dusted, fans around the world (including ourselves) can’t help but wonder when the show is coming back with The Marvelous Mrs. Maisel Season 5. Let us dig in to discuss more about the upcoming installment of the show-

What To Expect From The Marvelous Mrs. Maisel Season 5?

At the end of the fourth season of The Marvelous Mrs. Maisel, Moishe told Joel that the revelation about Mei did not induce his heart attack. He also asked him to make sure that Mei accepts Judaism before Shirley finds out about the whole situation. Meanwhile, Rose stood up and defied the matchmaking mafia.

On the other hand, Lenny was helping Midge in learning a few important things about standup comedy and how important it is for a comic that the audience thinks and laughs. As the season ended, we saw Midge staring at The Gordon Ford Show poster.

Now, upon its return with The Marvelous Mrs. Maisel Season 5, it will carry forward the story after the events of the fourth season. As the fifth season will seemingly be the final season, we expect Midge to climb the ladder of success in the season. She might find her way to The Gordon Ford Show like she wishes to. The next season may also focus on Midge and Sophie’s rivalry. On the other hand, Joel and Mei may also be in a feud as they deal with their family situations.

The fourth season of The Marvelous Mrs. Maisel has concluded its run on Amazon Prime Video. And we already have some joyful news for the fans regarding The Marvelous Mrs. Maisel Season 5. The show has been confirmed to be renewed for a fifth installment. The announcement about the fifth season was made from the official Twitter handle of the series. A Tweet shared on February 17, 2022, mentions, “Season 5, and step on it. We’re excited to announce #MrsMaisel will be back for a fifth and final season!”

A segment of the head of Amazon Studios, Jennifer Salke’s press release, stated, “This series has meant so much to Prime Video and the effects of its success will be felt long after its final season. I can’t wait for fans and our worldwide Prime Video audience to savor each moment as we embark on the culmination of this groundbreaking and unforgettable series.”

Even though we don’t know about the release date of the fifth season, we can still say fans will not have to wait as long as they did for the fourth season. The third and fourth seasons were separated by a wide gap of over two years due to production delays caused by the Covid19 pandemic. However, with the pandemic hopefully reaching its end in the world, we expect things to move at a faster pace for The Marvelous Mrs. Maisel Season 5.

Fans are very much excited with the news of The Marvelous Mrs. Maisel Season 5’s renewal. However, the moment the news was a little bittersweet, as it has also been confirmed that the fifth season will be the last outing of the series. Given that the fifth run is the last installment in the story, fans’ expectations from the season are high as the sky.

During an interview, series creator Amy Sherman-Palladino stated, “We don’t want to overstay our welcome. Midge has a journey she has to take. It’s the struggle that is fun [as opposed to], ‘I’m sitting in a penthouse, and I’m really rich, and I’ve got a lot of chihuahuas.’ We know emotionally where we want to end her and at what point we want to cut it off.”

Why Fans Love Lenny Bruce So Much?

There is no shortage of likable characters on Amazon Prime’s The Marvelous Mrs. Maisel. However, Lenny Bruce’s character is right at the top. Fans absolutely love Bruce, who is based on the real-life comic of the same name. He was one of the first people to support Midge when she was first starting out, bailing her out of jail. He saw her as a rising star. And supported her every step of the way, believing in her even when she didn’t.

Although there was an undeniable spark between Midge and Lenny, at first, they stopped themselves before things could escalate. Fans think that a romance between them would be one of the partnerships on The Marvelous Mrs. Maisel that doesn’t make sense: they’re better off as friends. Nonetheless, fans adore the character and want to see more of him before he meets the same tragic end as the real-life comic of the same name.

Also Read The Marvelous Mrs. Maisel Season 4 Episode 7 & 8: Will Midge Get The Fame She Deserves After Her Face-Off With Sophie?