Home Entertainment Happiness Season 2: Is The Show Returning? What Are The Chances? Find Out Here
Entertainment News TV Shows

Happiness Season 2: Is The Show Returning? What Are The Chances? Find Out Here 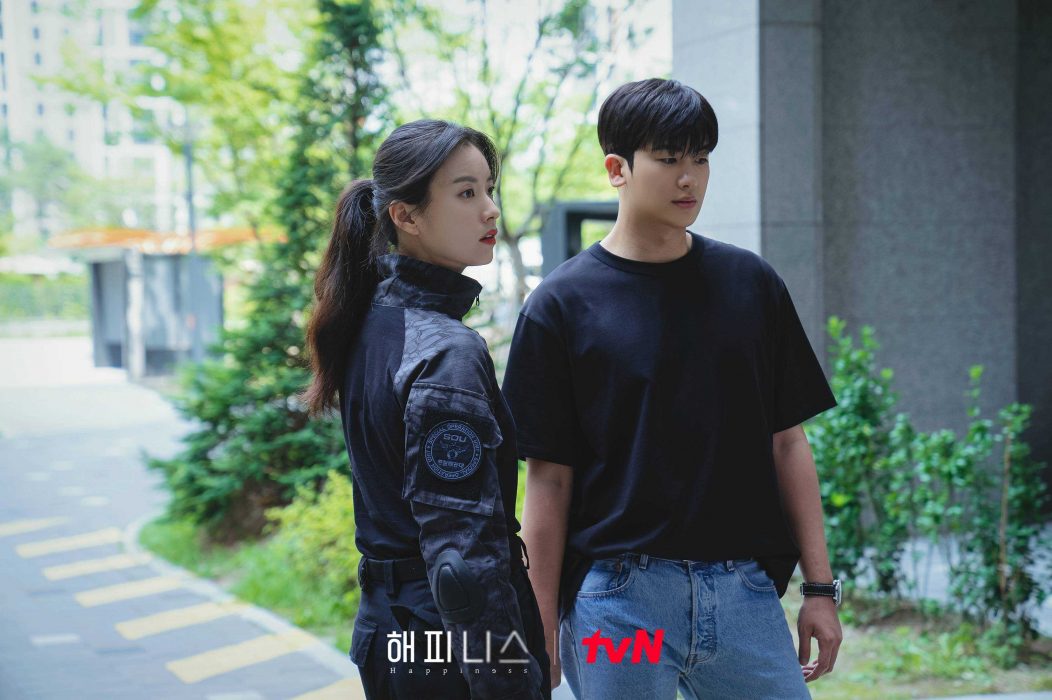 The love for Korean shows among global audiences has only gone upwards in the past few years. And the latest recipient of this fans’ admiration is tvN’s apocalyptic drama series Happiness. The show’s first season finished its run on December 11, 2021. Since then, fans have been eager to know when the series is returning for Happiness Season 2. But what will happen in the second season? Let us find that out here-

Tae Seok has assumed charge of the crisis at the end of season one, and the administration was actively looking for antibodies. On the other hand, the situation in the apartment complex deteriorates. Han Tae Seok arrives at the apartment complex with a group of army men to gather up everyone in the building. People who need to be confined should be isolated, and those who refuse to comply should be arrested.

Meanwhile, the antibodies were found in Na Hyun-Kyung’s elder brother. Viewers also got the impression that the ancient couple experienced the same problem. These findings give us hope that many people may have also developed antibodies. As a result, the problem can be managed. The drama takes place over the course of a year. We could see that everything has returned to normal. Sae-Bom and Yi Hyun are shown to be happily married and living together.

It will be interesting to see what the show has to offer to the audience when it returns with Happiness Season 2. The second season might pick up the narrative after the first season’s conclusion. On the flip side, there is also a chance that it will bring an entirely new storyline to the screen with all new characters. If the story of the first season is continued, fans will get to see more of Sae-Bom and Yi Hyun’s love story.

The first season of the drama series premiered on tvN on November 5, 2021, with the season finale airing on December 11, 2021. And the rating and viewership of the first season have been very high. Thus, fans are hopeful of Happiness Season 2.

However, as per PinkVilla’s reports, the show has not been renewed by the home network, and it will end with only one season. Therefore fans should not wait for a second season. Meanwhile, a rewatch- marathon of the first season is always an option for fans who are disappointed by the news.

The cast of the Korean drama series features Han Hyo-Joo as Yoon Sae-bom. She is a member of a Special Operation Unit police squad. The series also stars, Park Hyung-sik

as Jung Yi-hyun, Jo Woo-jin as Han Tae-seok. Then we have, Lee Jun-hyeok as Kim Jung-guk, Baek Hyun-jin as Oh Joo-hyung, Han Da-sol playing Bo-ram. Also, Park Hee-von appears as Na Hyun-Kyung, Lee Ji-ha as Jo Ji-hee, and Moon Ye-won as Woo Sang-hee. If the series is recommissioned for Happiness Season 2, we expect most of the cast members to reprise their roles.

Also Read The Silent Sea Season 2: Will Netflix Renew The Kdrama For Next Season? Know All Updates