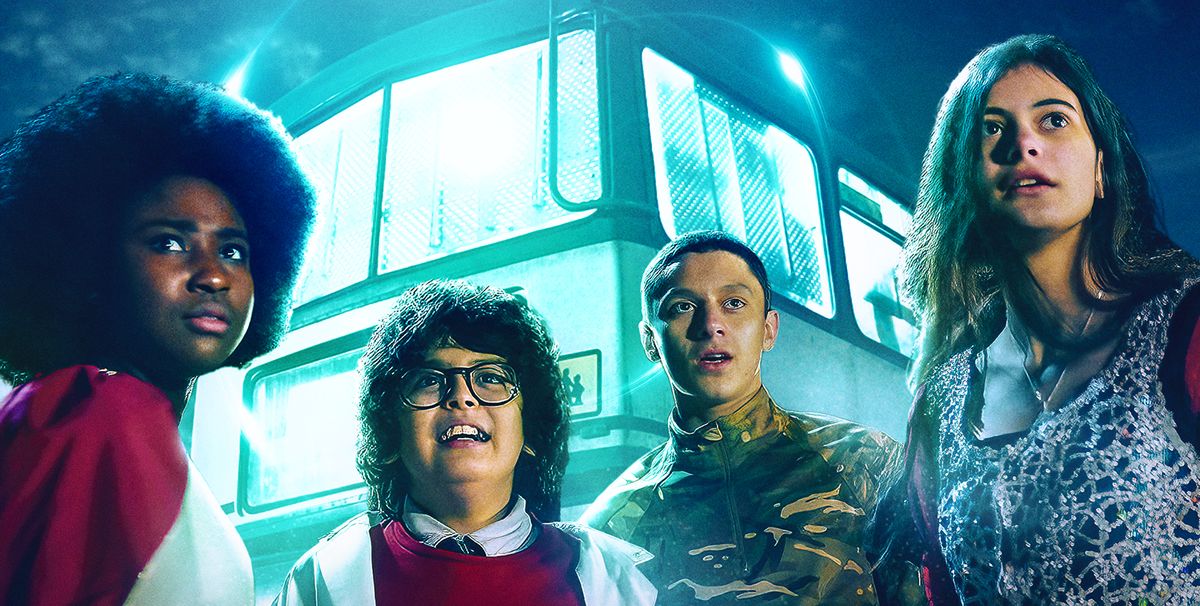 Only yesterday, Netflix’s anticipated teen adventure drama series, The Last Bus, landed on the streaming platform. And it is already making heads turn. Binge-watchers like us have gone all ten episodes of the first season and now are anticipating The Last bus Season 2.

Netflix’s The Last Bus is a teen adventure SciFi drama series that debuted on the streaming giant. The series created by Paul Neafcy follows the young students of Braelawn Academy. The show progress as the kids try to stop Dalton Monkhouse from executing his sinister plan.

What To Expect From The Last Bus season 2?

In the first season of the teen drama series, the kids discovered Monkhouse in a secret establishment hidden in his house. They also found out that their parents and other people were not vaporized. Meanwhile, Monkhouse used the orbs to teleport them to a hidden place using the orbs. They will spend more than a hundred years in stasis pods. Every one of these secret facilities can contain up to a hundred million people.

Also, viewers learn that Danny is alive. Then Danny and Monkhouse’s daughter, Lucy, showed up together. Finally, the characters were able to escape with the Nexus Key. Meanwhile, Danny and his buddy reunited while Lucy was also able to escape before the molecular implosion sequence ended, vaporizing the entire house.

The conclusion of the first season has paved the way for the storyline of The Last Bus Season 2. Upon its return, the second installment will likely continue the narrative after season one. In the second season, viewers may see Lucy trying to figure out how to get the Nexus key from the heroes. If she manages to do that, she will make things really difficult for them. On the other hand, our hero will be on the quest to find the sleeping facility and wake up the people inside. we may also see the orbs coming after them.

The first season of Netflix’s The Last Bus comprised ten episodes. All the episodes were released simultaneously on the streaming service on April 1, 2022. For fans wondering about The Last Bus Season 2, we’d like to inform you that since the first season just dropped yesterday, there has not been any confirmation about the renewal of the show yet.

However, from what we have heard, the show has been doing really well in terms of viewership on Netflix. We also know that The Last bus is a big-budget and ambitious project. And shows of similar nature generally tend to last more than one of two seasons. Netflix has a fabulous record with similar teen fantasy series, Stranger Things. Therefore it is very much likely that Netflix will greenlight the second season very soon.

Meanwhile, talking about returning to The Last Bus Season 2, cast member Robert Sheehan also stated, “Yeah! I’d like to come back to do more. It was a good craic down in Bristol. It’d be nice to spend more time in Bristol when it’s not completely locked down. So it’d be nice to go back and spend time there and have more play with the youngsters. We did loads of improv, and it was a really happy family.”

In addition, Frank is played by Laura Crowhurst, Lara McDonnell portrays Lucy, and Amber-Rose Perry as Borb the orb. When the series comes back with The Last Bus Season 2, it will bring back the majority of the main cast members of the show.

Also Read Aggretsuko Season 5: Renewed By Netflix? Finale Drops A Hint At What To Expect Next!