Derry Girls Season 3 Episode 1 Sneak Peek: Clare Breaks Down In Tears In “The Night Before”! 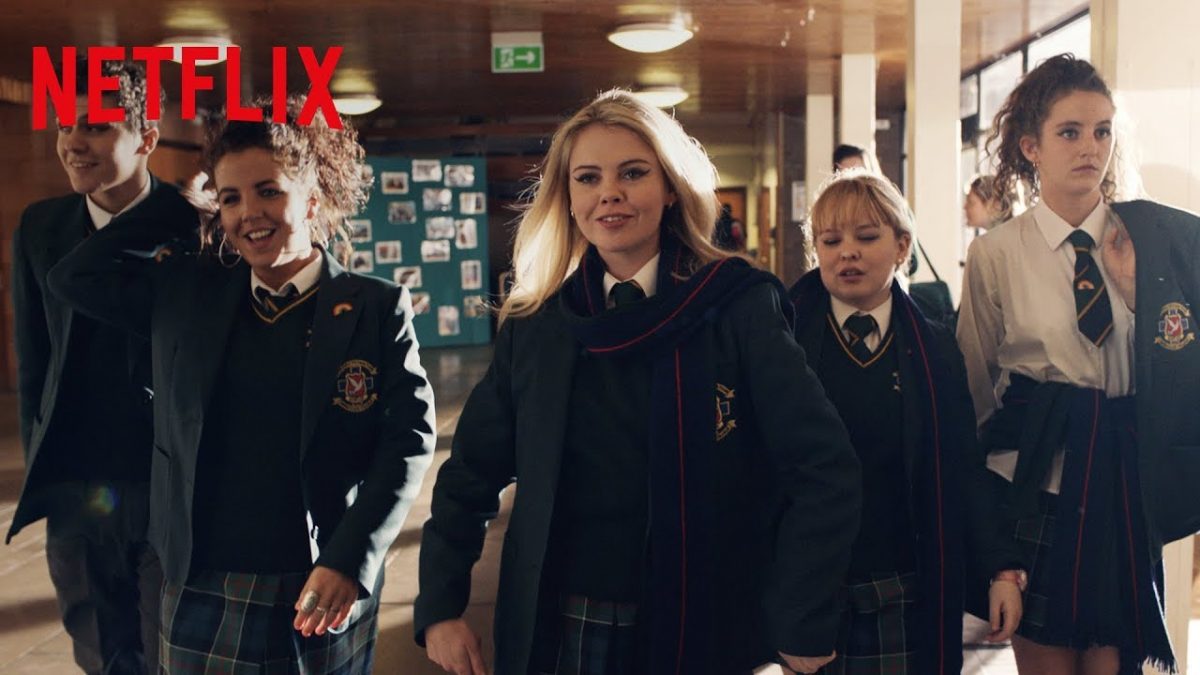 Derry Girls Season 3 Episode 1 will bring plenty of hilarious stories to your plate. Fans have been keenly waiting for the third season for so long. And now it has finally about to drop its first episode. However, it seems like things will be quite challenging in the girls’ life, especially when the group goes on a journey to find their true destination. However, they are unaware that where it could take them. Keep reading to know more.

Derry Girls Season 3 Episode 1 Preview: What Will Happen Next?

The first episode of Derry Girls Season 3, titled “The Night Before,” is written by Lisa McGee. As per the promo, the characters will find themselves in a difficult situation. They will head out of a cabin where a group of cops will encircle them and ask them to back off. Although it remains unclear what they have done to cause such trouble, it seems the new members of the Quinn household are responsible for this chaos. But will they be imprisoned? Only time will tell.

Next, their GCSE result day is closer, so Erin Quinn and her group will feel low. Their confidence will be at the bottom. Now they need to deal with the consequences of their actions. But things won’t be as easy as it seems. Despite their GCSE result being about to surface, they will feel passion for something. So they will divulge a plan to take the matter into their hand. But it remains uncertain whether or not things will go as per their plan.

The GCSE result is about to reveal, and Quinn and her friend circle are worried about what will happen next. But there’s Clare Devlin, who’s confident will hit bottom. She thinks they will fail. They bump into Sister Michael while browsing a video store in the aisles. So Sister Michael says to enjoy the time being. That will ultimately leave Clare in a horrible situation, and she will continue to panic and make things worsen.

The Group Will Go On A Mission

Orla, Clare, Michelle, Erin, and James will go on a journey to find their true destiny. As their quest unfolds, it will ultimately bring more hilarious stories in the end. Further, there will be some unexpected guest stars to join the team. A homicidal cat named Seamus joins the team, and there will be a moment where Michelle accidentally mistakes Braveheart for a Scottish drag queen. But when things don’t go well, Clare breaks down in fear, and her mates have tagged the next “Guildford Four.”

Derry Girls Season 2 opens up with a school trip where Londonderry Boys’ School was allowed to Friends Across the Barricade, including an outdoor activities program to create peace. While Erin avoids meeting with boys, Michelle makes up her mind about hooking up with someone. But James only wanted to make friends. But the boys make it clear that they aren’t interested in the girls. Once their parents arrive to pick up their kids, Erin realizes that the Catholics and Protestants have one thing in common- parents.

Ms. De Brun becomes an inspirational teacher with unconventional methods. But Ms. De Brun left the school for a different school leaving Sister Michael to handle the things. However, the group steals her enchanting Prague statue to get Ms. De reinstated. However, they ended up gluing the head on upside down. Once they learn about the real reason behind Ms. De’s departure, they understand that she was just a normal adult and never really cared about the kids.

Derry Girls Season 3 Episode 1, titled “The Night Before,” will return tonight on your screen. It will air on Tuesday, April 12, 2022, at 9.15 pm only on Chanel 4. The all-new episodes will air every Tuesday night with a runtime of around 22 minutes. You can stream Derry Girls’ first two seasons on Netflix. However, Derry Girls Season 3 will take time to return to the giant streaming platform. It will air on Netflix later this year after the show wraps up airing on Chanel 4. Stay tuned. TechRadar247 will keep you updated.