S.W.A.T. Season 5 Episode 18: Hondo Stops A Speeding Car To Save Someone In “Family” 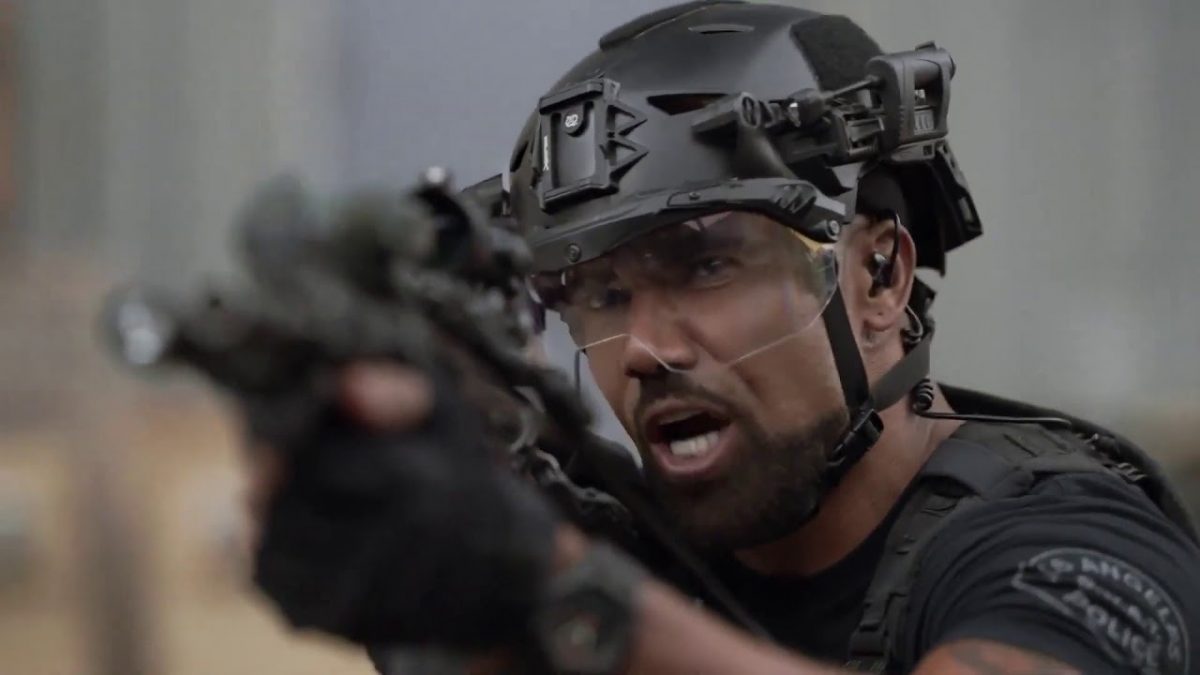 So far, fans have seen Hondo and the rest of the team dealing with a blast near the oil tank. However, in S.W.A.T. Season 5 Episode 18, the team will divide into two parts to deal with two challenging cases. Hick will be overwhelmed after the murder of his longtime friend, while Hondo will chase a car. It could lead to saving someone’s life. But will Hondo save the life of a hostage? Further, viewers can expect some connection between these two cases. So, stay with us to know more.

S.W.A.T. Season 5 Episode 18 Preview: What Will Happen Next?

S.W.A.T. Season 5 Episode 18, titled “Family,” is directed by Alrick Riley and Mia Fichman wrote it. Hick will find himself in a tough situation. He will witness the murder of a prominent judge, his longtime friend. So the team will rush to find the suspect who killed the judge. Further, they will be determined to know why the shooter killed him. Meanwhile, Luca seems determined to help his brother, Terry. Well, his brother has been arrested, and now it’s in Luca’s hands to prove his innocence.

Meanwhile, Hondo deals with a tricky case. They try to chase a car. However, Nina suspected that the runaway suspect had a hostage in the car. The hostage appeared to be a little girl trapped inside the car and couldn’t move because she was tied with duct tape. However, the car stuck on the cliff’s edge during this chasing period. Hondo asks them to come out. But it looks like he won’t be able to save that kid in S.W.A.T. Season 5 Episode 18.

S.W.A.T. Season 5 Episode 17, titled “Cry Foul,” Oz Scott directed it, while Amelia Sims wrote it. The episode opens up with the team busy with their training when they hear a noise. They rushed to find out what was wrong and learned that the oil tank had exploded. Nina rushed to help a woman. Meanwhile, Deacon and his wife visited a prisoner named Ortiz. They believe he’s innocent and hasn’t killed a woman named Maria. But during this, Deacon gets a call about this explosion.

Street and Deacon closely examine the bomb blast site. Later the team meets up to discuss what to do next, but a detective named Ed interrupts and asked Deacon to shut Ortiz’s case. Later a councilwoman visited them and asked about their neighborhood’s safety. The team suspects a few victims and runs to catch them. One man among them tells he’s innocent as he was only making a documentary. Meanwhile, Deacon’s wife learns about Maria’s affair with Scott, her coworker.

His wife has filed for a divorce and a restraining order. Hondo and Hicks talk to the councilwoman about their progress in the case. Tan and Chris spotted a license plate in the documentary videos. Meanwhile, Street thinks Nina has potential. Chris and Tan tell Hick about this news. With the help of a drone, they see whether someone is inside the house. Later, they break into the house and try to save the victim and catch the suspect. Meanwhile, Deacon’s wife collects evidence against Maria’s killer and helps get Ortiz free.

S.W.A.T. Season 5 Episode 18, titled “Family,” will air on Sunday, April 24, 2022, at 10 pm ET/PT only on CBS. The latest episode airs every Sunday night on CBS. In case you missed it, you can watch the eighteenth episode on CBS’ official website and the CBS app. Further, you can stream it on Paramount+ the following day. Stay tuned.