With Love Season 2: Who Will Return For Potential Second Season? Know All Details Here 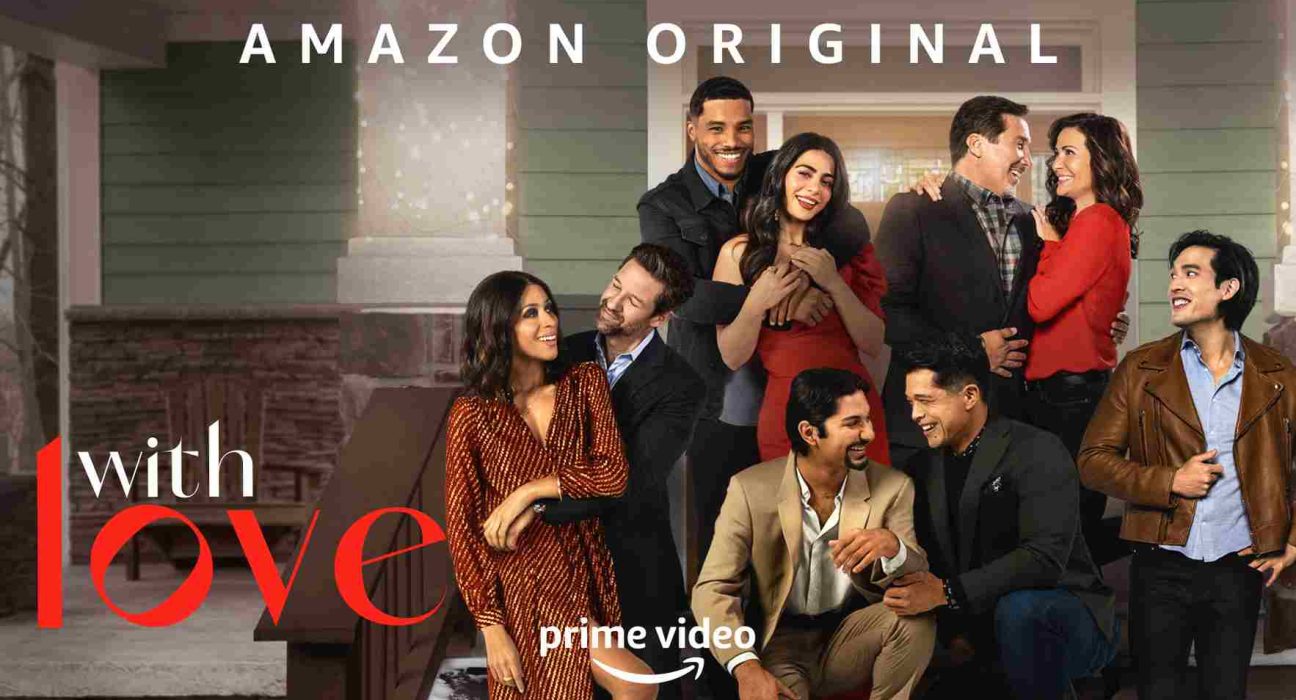 Rejoice fans. We have good news for you. Recently, Amazon Prime announced the fate of With Love Season 2. Well, the first series gained many positive responses and was loved by fans worldwide. However, fans appeared on edge after watching the first season finale and wondering what would happen next in the Diaz family. Will they find their true love? Keep reading to know more.

Created by Gloria Calderon Kellett, the series follows the Diaz children Lily and Jorge Jr., who starts their romantic journey with their potential partners. Jorge Jr. introduces his family to his new boyfriend on Nochebuena. Meanwhile, Lily finds herself in a love triangle trying to deal with her feelings for one of the two men. While the siblings deal with their personal issues, their non-binary cousin Sol finds himself in a romantic state with a co-worker.

Is With Love Season 2 Happening?

Fortunately, yes! With Love debuted its first season on December 17, 2021, and since then, fans have been eagerly waiting to learn about the future of the show. However, you can relax now as Amazon Prime has recently renewed With Love for the second season. Well, the series brought a light-hearted storyline, and the unique premise has gained many people’s attention. The five one-hour-long episodes took viewers on a special holiday celebration, including Christmas Eve, New Year’s Eve, Independence Day, Valentine’s Day, and Dia de los Muertos.

Many viewers have loved the unique storyline. It shortly gained 100% positive responses on Rotten Tomatoes and 75 out of 100 on Metacritic. Further, the critic stated that the show “depicts the travails of a close-knit family.” With Love generally received favorable ratings. But it was sufficient for the series to get its name in GLAAD Media Awards in 2022. It is nominated for the Outstanding New TV series.

With Love Season 2: Who Will Be In The Cast?

Well, the prominent members of the series will return for the second run. These include Emeraude Toubia as Lily and Mark Indelicato as Jorge Jr. Rome Flynn will join as Santiago Zayas, Vincent Rodriguez III as Henry Cruz, and Desmond Chiam as Nick Zhao. Apart from them, Isis King will return as Sol Perez, Constance Marie as Beatriz Diaz, and Todd Grinnell as Dr. Miles Murphy. Benito Martinez as Jorge Diaz Sr. will also return.

There’s a possibility that With Love could return with some new faces. As of now, anything could happen. Calderon Kellett serves as the executive producer and writer of the series. She is known for serving as the executive producer and showrunner of the 70s-80s sitcom reboot One Day At A Time. Calderon has also worked as a writer and producer in How I Met Your Mother, iZombie, and United We Fall. GloNation and Amazon Studios produced the show.

What Will Happen In With Love Season 2?

Lily is in an on-again and off-again relationship with Nick and Santiago in the first season. While she deals with whom to choose, Jorge finds it difficult to deal with the challenges of dating his boyfriend Henry. Although the siblings find themselves in a mess, things start to fall apart in their parents’ lives. Soon their perfect-looking marriage started to break. Meanwhile, their trans and nonbinary cousin Sol is attracted to Miles. It starts a blossoming relationship between them.

However, Miles is straight and has a nonbinary child. But the series left in a cliffhanger where we were taken back to Nochebuena, and engagement was on the loom. However, it remains unclear which couple is going to tie the knot. So we can expect that they will answer this question in the second season. The couples will also take a step forward in their relationship in season 2.

With Love Season 2: When Will It Return?

Amazon Prime has recently renewed the series for the second run. Thus it’s quite early to guess when the show will return for the second season. Well, the first season got greenlit on May 27, 2021, while it was released on December 17, 2021. So if we consider the time frame, we can expect that the six-episode season will return sometime in November 2022.