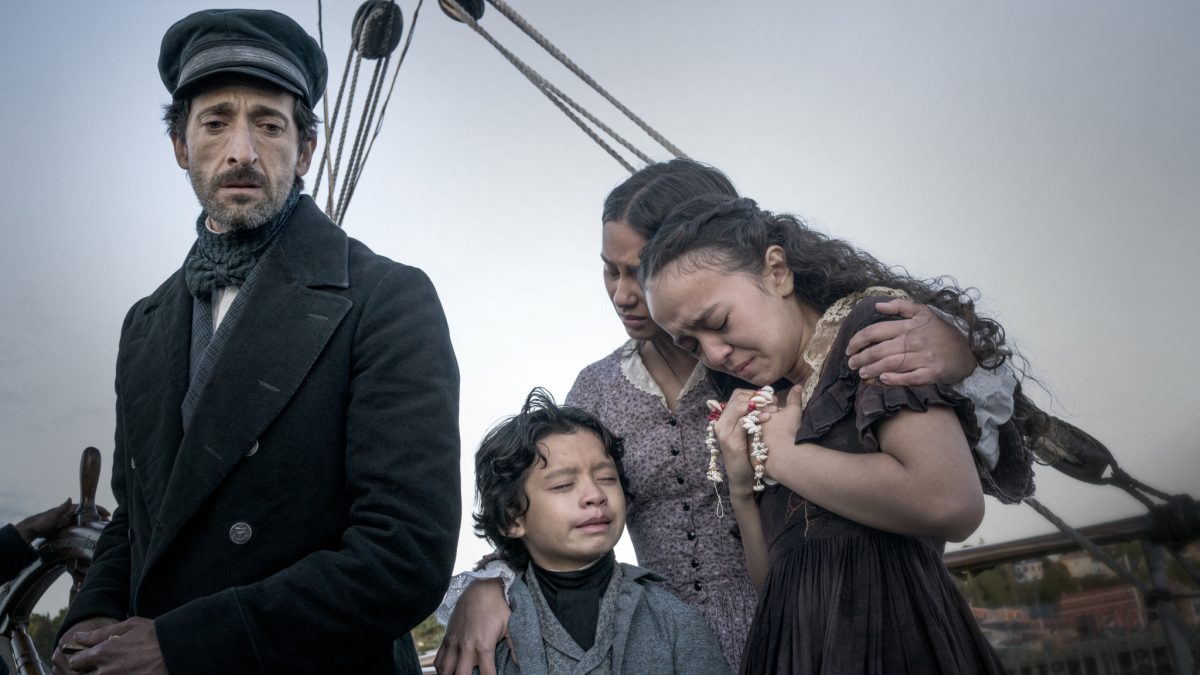 The first season of the horror series Chapelwaite ended on a heartbreaking note. The lead character, Charles Boon, decided to sacrifice himself by turning into a vampire to break the curse. He also had to leave his kids with Emily as he had to keep the book safe. But luckily, what seemed improbable at the time is not happening. Epix has officially greenlit Chapelwaite Season 2.

Epix’s Chapelwaite is a vampire horror drama series that debuted in 2021. The series created by Jason and Peter Filardi is based on a short story by horror icon Stephen King. The show revolves around Charles Boone trying to fulfill a promise he made to his dead wife.

The first season of the horror series debuted on Epix on August 22, 2021, and the season came to an end on October 17, 2021. Thanks to the impressive critical response, Epix has finally renewed the show for Chapelwaite Season 2. The second season has been announced in February 2022, and a report in Variety confirmed the news.

Chapelwaite season 2 will continue to follow Charles, who has turned into a vampire after sacrificing himself to serve as the eternal protector of De Vermis Mysteriis. As per the reports, the season is in the early stages of development. However, there is no update about the potential release date of the second season. But if everything goes smoothly, we can expect the second season to release sometime around late 2022 or early 2023.

What Happened At The End Of The First Season?

At the end of the first season, Charles and the crew besieged Jakub’s church. A dilapidated ruin in Jerusalem’s Lot, a neighboring abandoned town. Boone’s squad eventually defeated and murdered Jakub. It appeared to have spared the village from vampires and ended Charles’ family’s curse. Despite their leader’s loss, the vampires continued to attack, and Stephen’s theft of ‘De Vermis Mysteriis’ guaranteed that the curse remained intact.

Furthermore, when Charles murdered Stephen in order to recover the book, the curse did not cease with the defeat of his undead uncle. As a result, Charles decided to make the ultimate sacrifice and become a vampire to defend the book. As a result, the book does not fall into the wrong hands. Finally, Charles makes the difficult decision to safeguard his children. He left the children in the care of Emily Hampshire, their previous nanny and Charles’ love interest.

How Is Show’s Charles Boone Different From The Book?

In the book, Charles Boone is a pretty traditional nobleman who moves in with his manservant Calvin. His wife Sarah had passed away, leaving him orphaned and prone to disease. Charles is a member of the abolitionist movement, although he appears to be a courteous and quiet supporter. Adrien Brody’s Charles, on the other hand, is a sailor with a tough and determined demeanor. He is joined by three children from his previous marriage to a Pacific Islander rather than a servant.

Chapelwaite may diversify its cast and expose the prejudice that permeated society in 19th century America with this casting. The TV show also gives Charles the desire to expand his company and build ships by adding a mill to his inherited property. In contrast to the Charles Boone of King’s narrative, he longs to be welcomed in the surrounding community of Preachers’ Corners. Fans will love to see him in Chapelwaite Season 2