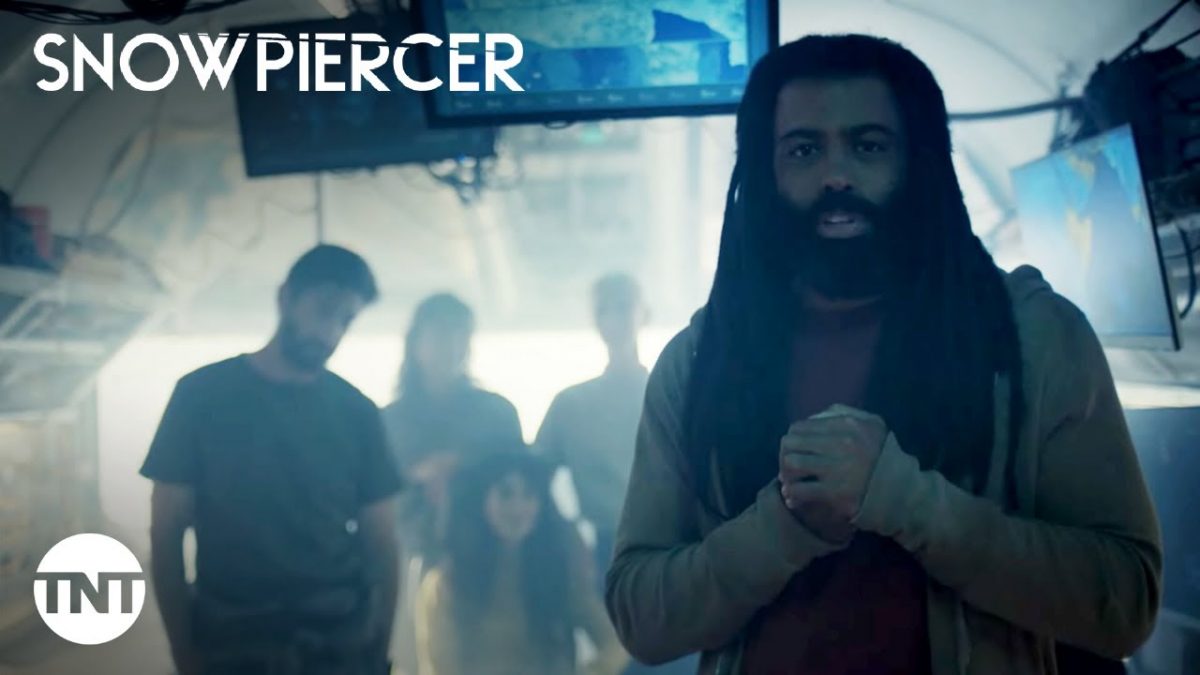 Soon after the news revealed that Bong Joon-ho’s mindblowing movie Snowpiercer was getting a remake, fans believed it would run long. Here are we with Snowpiercer Season 4. TNT revealed the fate of the series before season 3. As per the source, the star cast and creative team members were working hard on the third season when the network revealed that Snowpierecer would return for the fourth run. Besides, there are a few changes which will surprise you.

Based on Bong Joon-ho and Kelly Masterson’s movie, Snowpiercer takes place in the near future when the world becomes a frozen wasteland. However, the remaining humanity took shelter on a moving luxury train designed by billionaire Mr. Wilford. The train consists of 1001 carriages and travels around the globe 2.7 times per year. Further, the train is designed in a way to prevent the passenger from freezing.

Snowpiercer Season 4: What Will Happen Next?

In the third season, the train was split into two halves as the passengers had to select whether they wanted to follow Melanie or Andre. They had to decide their own future and how they wanted to spend the rest of their life in this apocalyptic world. However, the finale opened with a time jump where Melanie noticed a missile launch from an unknown source. Is Big Alice behind this? It looks like the missile was launched from a new location where the other survivors live. It may introduce new characters and a world hidden from the passengers.

Meanwhile, we can expect Wilford to continue to play games with people. He’d been the leader of Snowpiercer. He nearly ended up his life when Roche injected a huge dose of suspension drug into his heart. But he escaped his imprisonment by killing the guards, and now he will be back to create a mess for the passengers. Apart from this, LJ believed that her father would return and claim the power. She decided to kill her husband, who wasn’t on her side, and now things will turn drastic for her when she learns about her father’s motive.

The cast of the show has been increasing. Now in Snowpiercer Season 4, we will see some new faces. Recently TNT announced that Agents of S.H.I.E.L.D. alum Michael Aronov and Clark Gregg will join the fourth season of the show. Apart from them, Paul Zbyszewski will replace Graeme Manson and Aubrey Nealon as the series showrunners. Due to a creative dispute, they both decided to leave the show. However, Paul finds himself grateful for joining the riveting world of Snowpiercer, which Graeme and Aubrey have crafted so beautifully.

Apart from them, Jennifer Connelly as Melanie Cavill will join Daveed Diggs as Andre Layton and Mickey Sumner as Bess Till. Alison Wright as Ruth Wardell will return with Lena Hall as Miss Audrey and Iddo Goldberg as Bennett Knox. Sheila Vand as Zarah Ferami will join Roberto Urbina as Javier “Javi” de la Torre. Mike O’Malley as Sam Roche, Annalise Basso as LJ, and Jaylin Fletcher as Miles will also join. Rowan Blanchard as Alex Cavill will return with Sean Bean as Mr. Wilford and Chelsea Harris as Sykes.

As of now, the network hasn’t revealed the show’s official release date. The production is currently underway, so it isn’t clear how much time it will take to wrap up production. But deeming the past release pattern of the previous two seasons, we can expect that Snowpiercer Season 4 will release by the end of January 2023 or late March. Stay tuned. TechRadar247 will keep you updated.