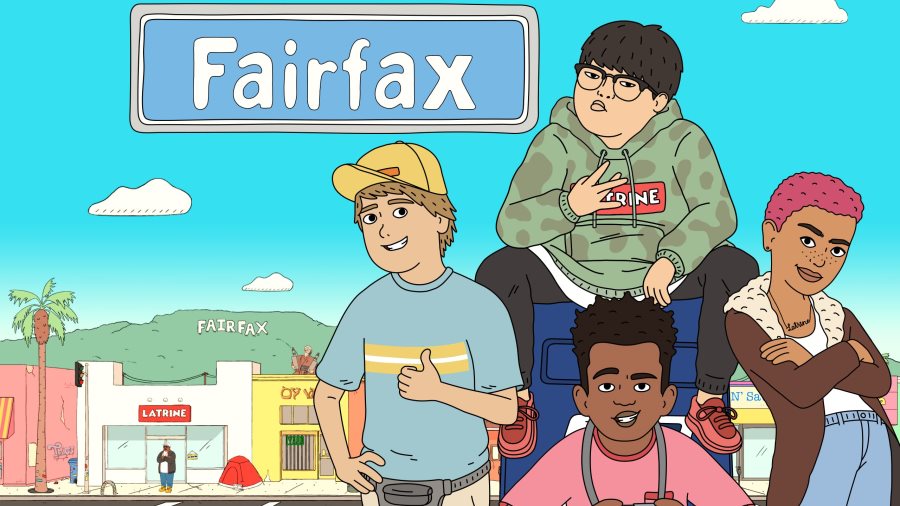 While talking about Fairfax, the creators said, “This show is a love letter to kids today.” And the first season certainly proved it right. It has been about eight months since the first season of the series premiered in October 2021. And since then, fans have been waiting for it to return with Fairfax Season 2.

Created by Matt Hausfater, Teddy Riley, and Aaron Buchsbaum, Fairfax is an adult animated series that debuted on Amazon Prime. The coming-of-age comedy series follows a group of four friends on their adventures in Los Angeles.

In May 2022, Prime Video dropped the trailer for the upcoming season of Fairfax. In the video, the group goes on a slew of new escapades as they continue their quest for fame. It foreshadows a season of blossoming passion and teenage sexuality. The film begins with Truman’s catastrophic new friendship with a virtual A.I. who may be Dale’s love interest. The video suggests that Latrine and Off-Brian’s fashion labels are becoming increasingly competitive. The attempted arson of the gender-neutral restroom at the school. Season 2 promises even more mayhem, including the possible murder of Principle Weston. Fairfax season 2 continues to focus on the adolescent search for belonging and self-expression.

What to Expect From The Fairfax Season2?

In the first season of Fairfax, we saw Dale, Derica, Benny, and Truman, four middle-schoolers who get together to form the Gang Gang. The season followed the Gang Gang as they embarked on several adventures while growing up in a modern digitized world. It also focused on Los Angeles’ streetwear culture. The season also included a slew of well-known pop-culture allusions. We watch the four buddies go out to find the Golden Dorito near the conclusion of the season, and amid their exploits, they even meet their hero.

When it returns with Fairfax Season 2, we expect the series to continue following the story of the four friends after the first season. The season may follow the four friends’ activities with a wonderful blend of wit, comedy, and passion. We can also anticipate the Gang Gang meeting a slew of new personalities that will undoubtedly impact the lives of the buddies. Furthermore, we may anticipate more pop culture allusions and tale plotlines that are relevant to today’s youth.

All the episodes of the first season of the animated series premiered on Amazon Prime on October 29, 2021. Moreover, we know that back in January 2020, Amazon Prime ordered two seasons of the series together. Therefore, the second season is already confirmed. Meanwhile, back in April 2022, Prime Video revealed the release date for the second season. The adult animated comedy will be back on our screens on June 10, 2022. All eight episodes of the next sophomore season will be released at the same time.