Green Eggs And Ham Season 2: Renewed By Netflix? When Will It Return? 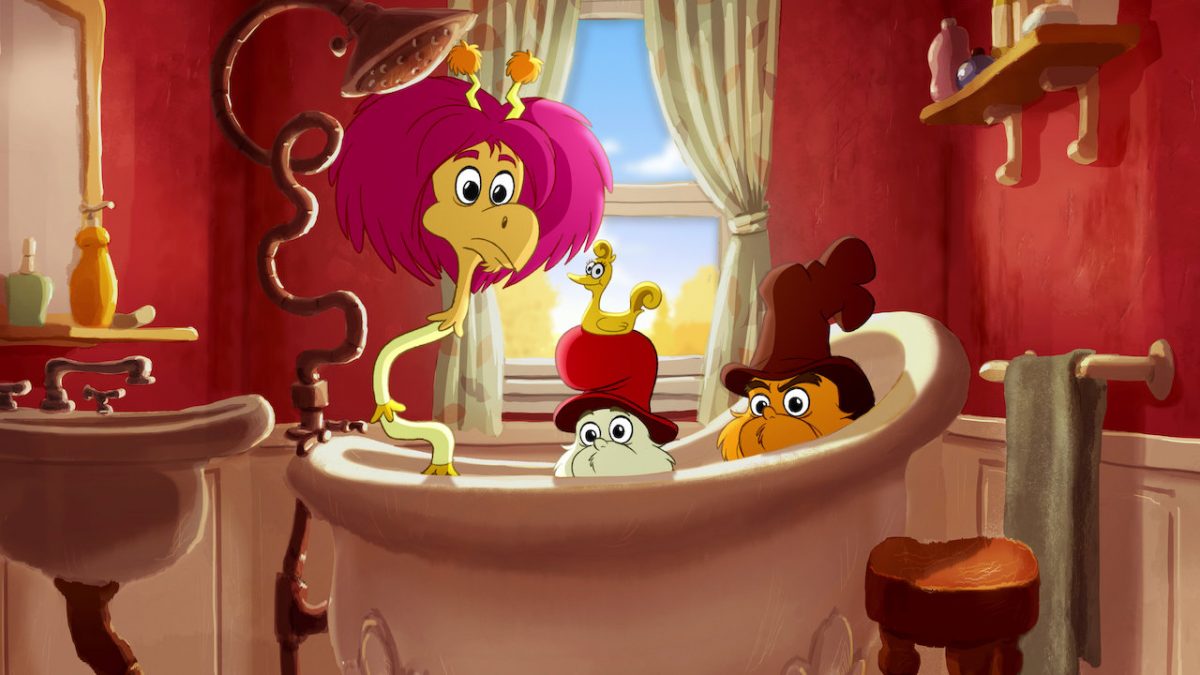 Netflix’s animated comedy series, Green Eggs And Ham, is one of the highly awaited shows on the streamer. It has been almost three years since the series debuted in November 2018. Ever since fans have been eagerly awaiting the show’s return for Green Eggs And Ham Season 2. The series is loosely based on Dr. Suess’ book of the same title, which came out in the 1960s. The series has received critical reviews for its animation, storyline, humorous writing, and impressive voice acting. Moreover, Green Eggs And Ham has managed to gross an impressive rating of 8.2/10 on IMDB and 100% on Rotten Tomatoes.

The series follows Sm-I-Am, Guy-Am-I, and the rare Chickeraffe. Sam rescued Cheickrafee from the zoo with the intention of returning it to its natural habitat. However, he accidentally ends up exchanging his briefcase containing Chickeraffe with a failed inventor named Guy-Am-I. Eventually, Sam and Guy end up on a road trip with a girl named EB and her overprotective mother, Michelle. EB is interested in making Chickeraffe her pet, while Guy begins to get romantic feelings for Michelle.

The group is chased down by an evil and wealthy poacher named Hervink Z. Snerz in order to claim Chickeraffe as a trophy. Moreover, two mysterious guys named McWinkle and Gluntz are also after the group to take Chickeraffe and deliver it to their boss, the Bigman, and Snerz’s bounty hunter, The Goat. So, will the animated series return for Green Eggs And Ham Season 2? Keep reading ahead to find out!

Fortunately, Netflix renewed the second installment of the animated series in December 2019, a month after the show’s premiere. Season 2 would be titled “Green Eggs And Ham: The Second Serving.”

Actress Ilana Glazer confirmed the renewal. However, the network has not announced the renewal officially. Further, various media websites reported that illustrator Chad Frye confirmed that the second season would be coming out on November 5, 2021. However, Frye specified on his posts on Instagram that he referred to IMDB for the date.

He also mentioned that the release date had been taken out from the website after fans began talking about it. Unfortunately, the show did not return for season 2

in 2021. However, we can expect the show’s return finally this year.

Why Did Season 2 Get Delayed?

The production of animated shows is quite a lengthy and time-consuming process. It takes more than three months to create each animated episode. Moreover, movies like Toy Story 4 and Frozen 2 took years to complete. Thus, we might have to wait a little while before the second installment finally returns on Netflix.

Green Eggs And Ham Season 2: What To Expect?

Towards the end of the first season, Sam was eating eggs as he remembered his mother’s cooking. Guy and same dropped Mr. Jenkins home safely. Thus, we can expect to see Sam taking another adventurous journey to East Flurbia. He might try to find his lost mother with Guy by his side, accompanying him. Hence, the dynamic duo will face some new challenges as they try to find Sam’s mother in Green Eggs And Ham Season 2.

Who Could Return Next Season?

The lead voice cast members expected to return for season 2 are Micheal Douglas as Guy, Adam DeVine as Sam, and Keegan-Micheal Key as the narrator. Moreover, other voice actors, including Ilana Glazer, Jillian Bell, Eddie Izzard, and Jeffrey Wright, are expected to appear in Green Eggs And Ham Season 2. Moreover, we can expect to see some new characters and voice actors joining the cast next season.

Green Eggs And Ham Season 2: When Does It Return?

Netflix renewed the show in 2019. Thus, it has been long, and the fans are eagerly waiting for the highly-rated series. The show could not make a return in 2022. However, Netflix might release Green Eggs And Ham Season 2 before Spring 2022. Moreover, we can expect to see an episode count of 13, similar to the first installment. So, stay tuned for more exciting news updates about your favorite TV shows only on techRadar247.com.