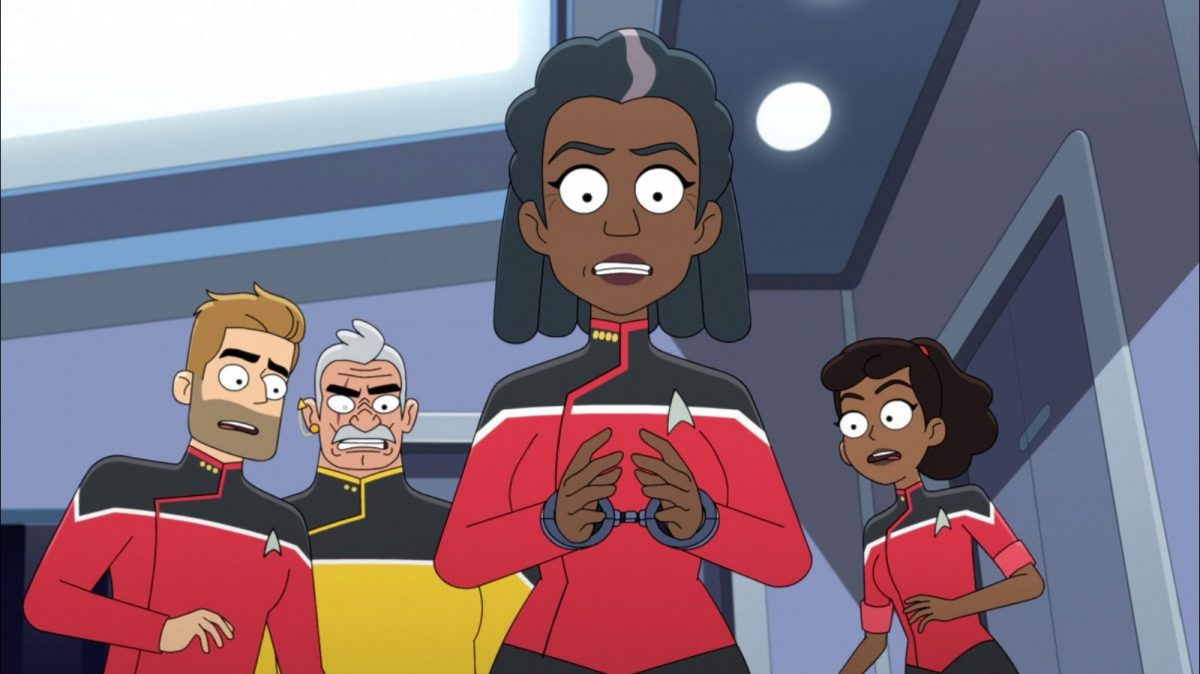 After Freeman’s master plan goes wrong, she ends up in prison. However, now it’s her daughter’s responsibility to save her in Star Trek: Lower Decks Season 3 Episode 1. Can she save her mom? Well, it isn’t possible to save her alone. But with some friends’ help, she can deduce a plan to prove her mom’s innocence. However, the path won’t be easy at all. Keep reading to know more.

Star Trek: Lower Decks Season 3 Episode 1: What Will Happen Next?

The following episode, “Grounded,” will focus on Captain Freeman. She finally achieved her goal, but her one mistake led to the destruction of Pakled Planet. But despite her attempt to prove herself innocent, the investigator decides to punish her. Now Freeman faces a military tribunal, and Mariner seeks her friends’ help to save her mother. She deduces a plan to go rogue and steal the spaceship to free Freeman. However, she will end up spoiling Rutherford’s date.

The second season finale opened up with the crew dealing with a new mission. They had to rescue a Starfleet vessel but saved an alien civilization as a part of their first contact mission. The Cerritos was tasked to join forces with a race called Leuperians in their first contact mission. There Captain Freeman met her old friend Sonia Gomez. While the mission could lead Freeman to promotion, she failed to transfer her command to her crew. However, Beckett Mariner overheard this and shared it with her junior officer friends. She seemed anxious that a stricter commanding officer could replace her mother.

Meanwhile, Rutherford suffered from malfunctions causing automated alerts to block his vision. Mariner informed the bridge crew about Freeman’s promotion. But the rest of the senior officers had some grudges as she left everyone behind. As for D’Vana Tendi, she suspected Doctor T’Ana was willing to transfer her, believing her lack of skills in medical. Later Tendi and Sam Rutherford went on tour as she believed she only had a few more days on the ship. Soon Tendi restored his vision, letting him get full access to the field.

Freeman and Mariner reconciled while the Cerritos arrived to hold the Archimedes in a stable orbit before it could strike the Leuperians. Finally, their first contact with Leuperians went as per their plan, and Tendi learned that T’Ana was shifting her to the science department, which was best suited to her interests and natural strengths. In a stunning twist, Freeman finally got promoted but took into custody for devastating the Pakled planet. Although she revealed that it was a part of their plan, the investigators decided to take strict action against her.