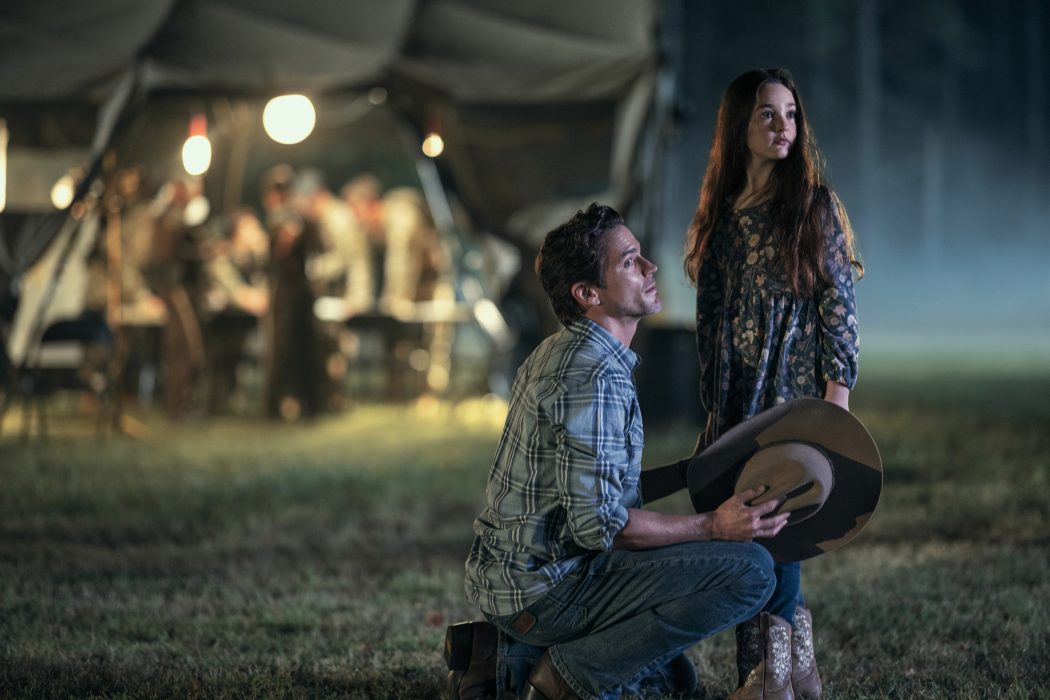 The first season of Netflix’s thriller drama Echoes landed on the streaming service on August 19, 2022. Created by Vanessa Gazy, the drama series is the tale of two identical twin sisters who decide to trade their lives, including their husbands. The gritty series deals with complicated relationships, murder mysteries, and a complex psyche. Ever since the season concluded, the fans had some unanswered questions in mind. So, let’s discuss what happened at the end of Echoes.

Towards the end of the first season of Echoes, while investigating Gina’s disappearance, Leni learned that there was an affair between her sister and Dylan Thomas. At the same time, she also had to play herself and Gina in front of the other members of the family. Sheriff Floss was looking into the case of killing at the church and the burning of the church. Gina was blackmailed Leni for money by sending her a picture of the corpse inside the burnt church. And demanded money to keep her mouth shut about the truth behind the pictures. However, Leni discovered that Gina wanted the money so that she could elope with Dylan.

Meanwhile, when Dylan was killed, Gina tried to frame Leni for the murder by planting the weapon in his car, and Floss detained Leni for the murder. At the time of arrest, Leni tried to pin the church on Gina, so she was also arrested. Floss mentioned the uncertainty surrounding the lives of the two sisters. So, Gina clarified how she and Leni have been trading lives. In flashback scenes, we see Gina lose her pregnancy. Leni said that they swapped places with each other, and Gina could take care of her child Mattie. Gina agreed to do the same, and the sisters began exchanging their lives annually.

Leni and Gina had to be released because Floss could not identify them separately definitively. Gina went to see Victor, who was taking his last breaths. Moments before his death, Victor admitted that he killed their mother Maria, When Leni got there, she discovered her father had passed away. Gina challenges her sister over murdering Dylan, to which the latter responds that it was an accident. The home catches fire as they are in combat. Leni follows her sister Gina as they both rana way

Why Did Victor Killed Maria?

In the first season, before his death, Victor confessed to Gina that he killed Maria as she requested him to. She was terminally ill, and with negligible chances of survival, so she chose the easy way out because there was no hope left for her. Maria spent her last days with her daughters Leni and Gina in their garden, and they rejoiced in the coming of the blossoms together. Spending these moments, she realized how much pain she was enduring as she was to leave this world soon.

Victor and Maria had a conversation and came to the conclusion that Maria should commit suicide. Victor may have felt compelled to kill Maria in order to put an end to her suffering after seeing how miserable she was. He drowned Maria in the bathtub so that his wife would have to suffer.